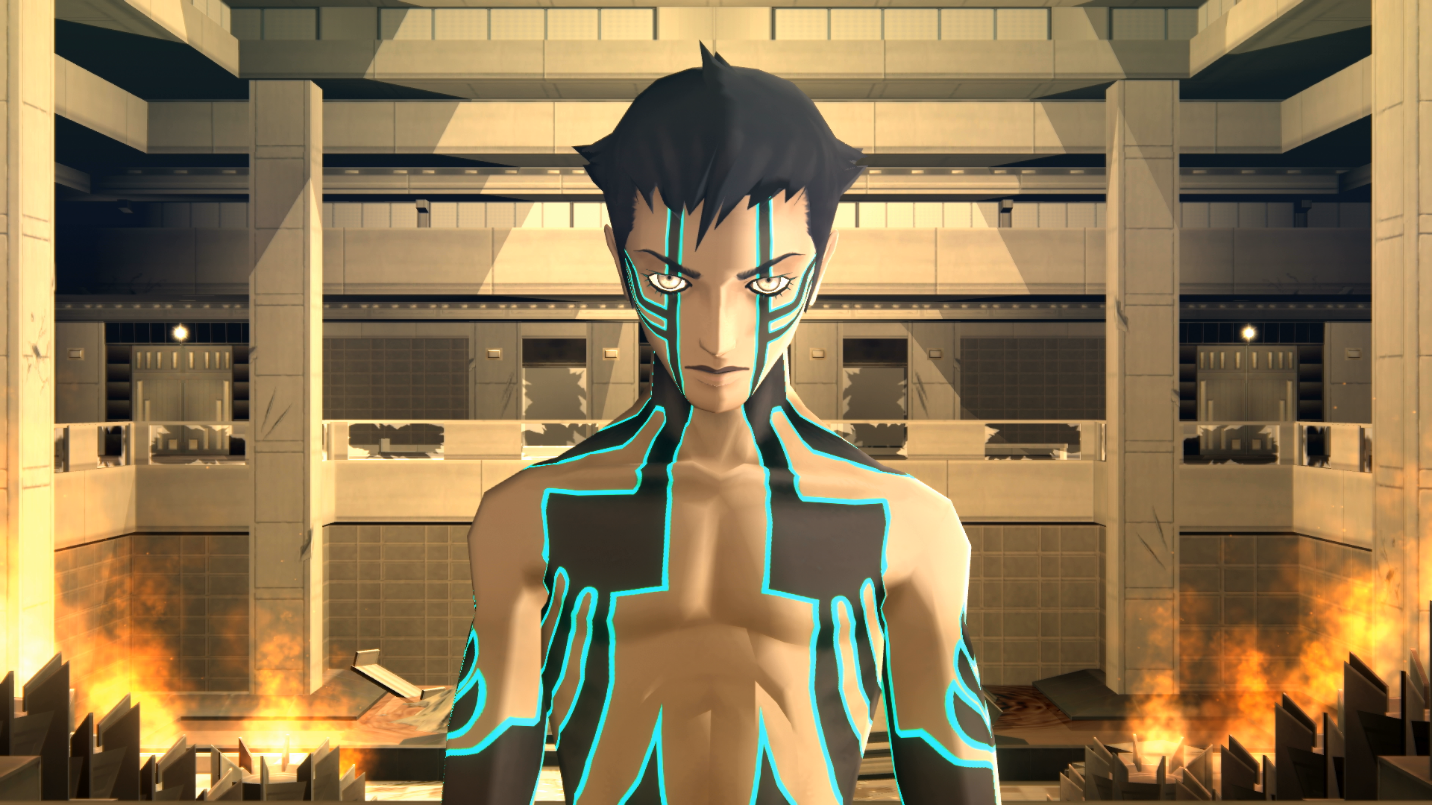 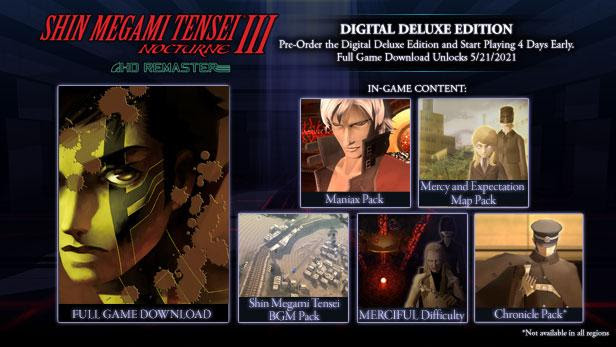 The May 25th release for Shin Megami Tensei III Nocturne HD Remaster will include the base game for $49.99. However, if you want to spend a little bit more for the title, Atlus will also be offering a Digital Deluxe Edition for $69.99 that includes the following bits of additional content as well as a four-day early access to start playing on May 21st.. Offerings such as the Merciful Mode (Easy Mode) will be available for all as a free DLC rather than being locked to the Digital Deluxe Edition. Atlus has confirmed that the DLC will be available separately and while no pricing was given, we anticipate the DLC packs to be priced in line with the Japanese release (roughly $10 for the Maniax Pack, $2-3 per BGM pack, and $3-5 for each of the Macca fundraising Master's Expectation and EXP grimoire boosting Little Master's Mercy maps).

Shin Megami Tensei III Nocturne HD Remaster will also feature patches and other improvements that were not available for the launch of the Japanese release. We've reached out to our partners at Atlus to inquire the upcoming release will feature any new improvements beyond what's already been released in Japan. Most notably, the 1.02 patch for Shin Megami Tensei III Nocturne HD Remaster added the feature to shuffle and inherit skills during demon fusions. Further enhancements to the console performance greatly reduced lag that was introduced with the initial release on PlayStation 4 and Nintendo Switch.

Shin Megami Tensei III Nocturne HD Remaster will be available on PlayStation 4, Nintendo Switch, and PC (Steam) beginning May 25th, or four days earlier on May 21st with the purchase of the $69.99 Digital Deluxe Edition.