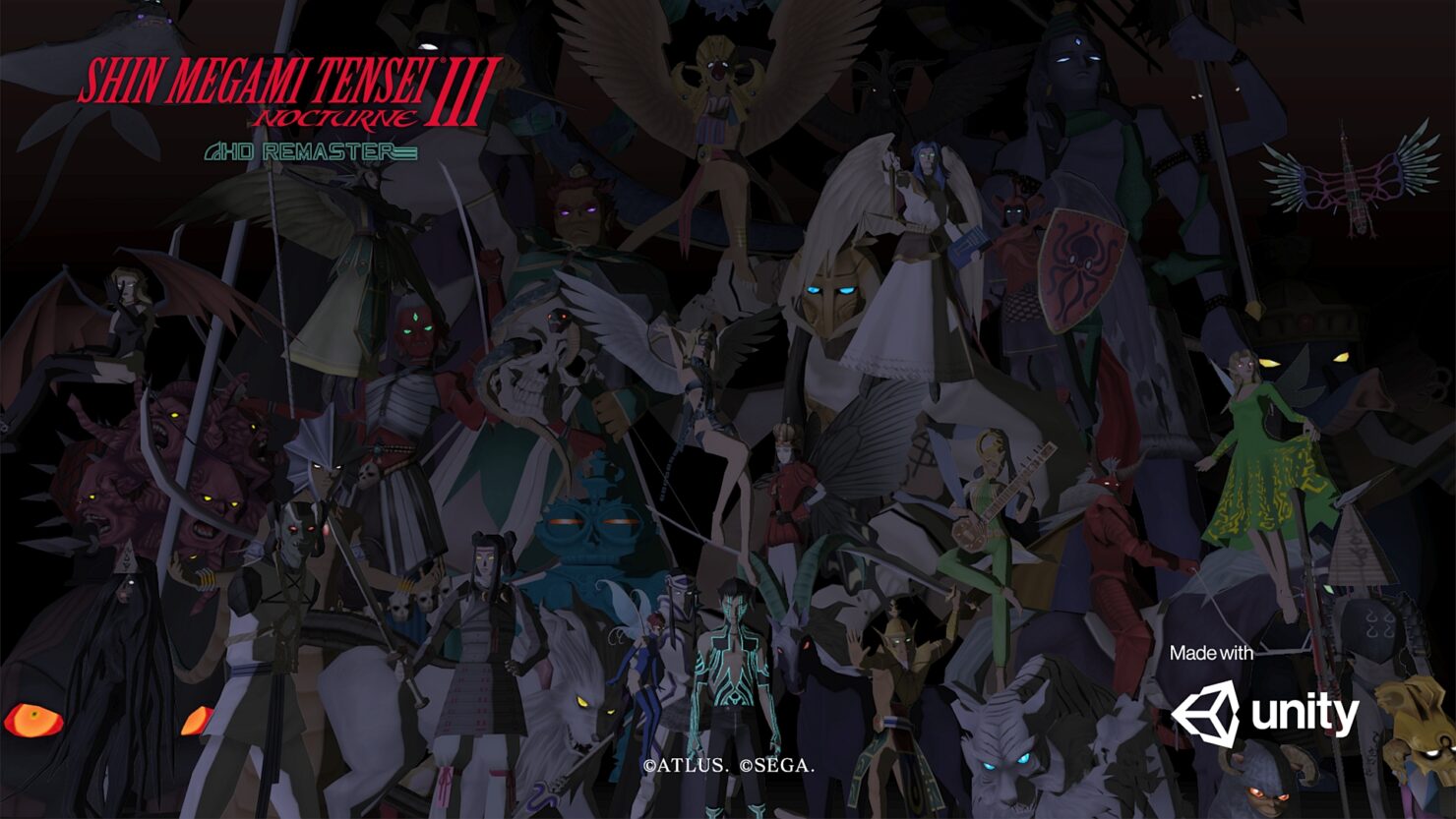 SEGA and Atlus invited Wccftech to a private hands-on preview event earlier this month to get a quick look at the English release of Shin Megami Tensei III Nocturne HD Remaster. After a brief presentation on the features of this remaster of a PlayStation 2 cult classic, we and other members of the press were given the opportunity to dive into the early moments of the Demifiend's journey across a post-apocalyptic Tokyo landscape. 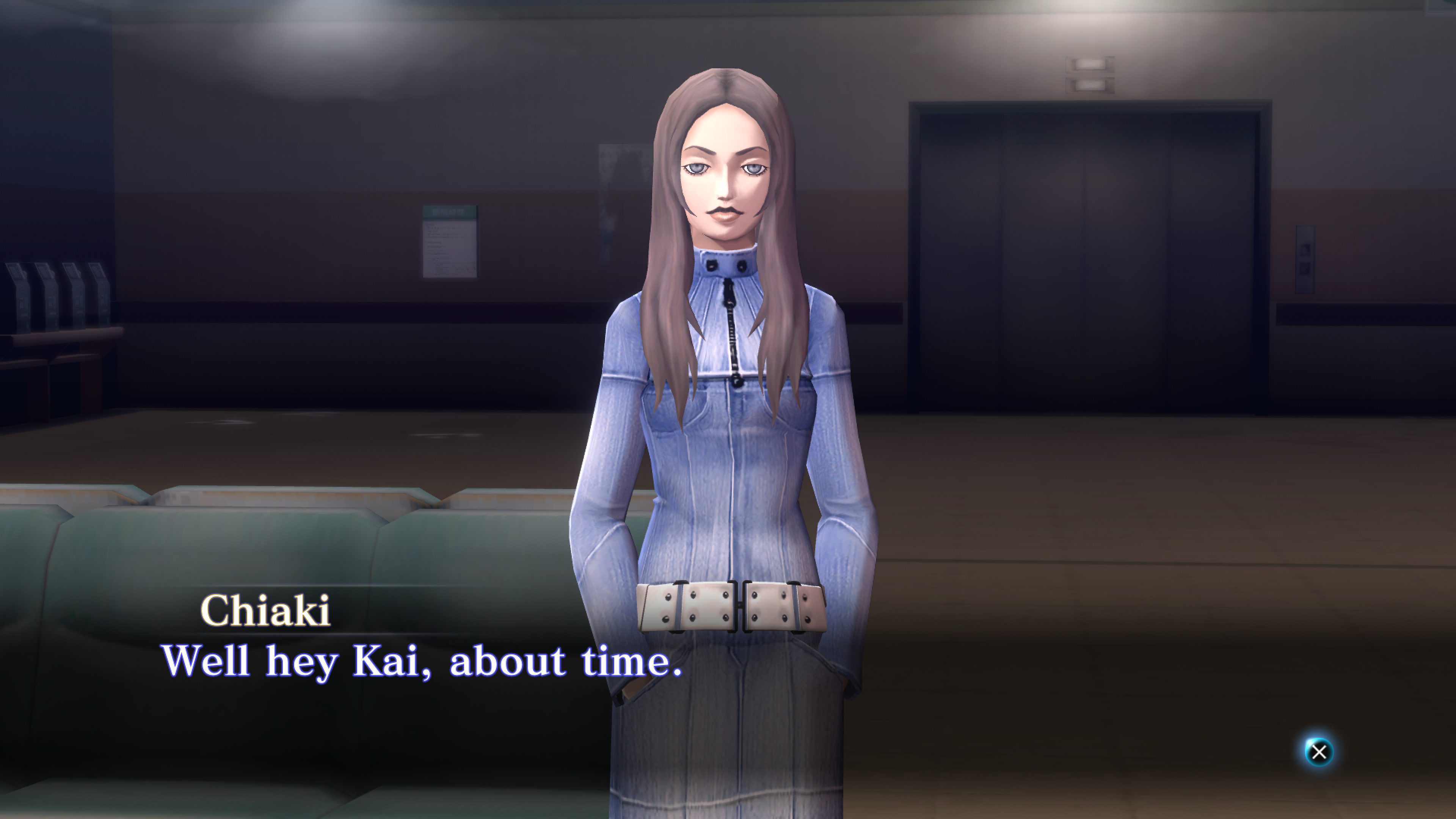 Our preview was conducted on the PlayStation 5 using the PlayStation 4 version of Shin Megami Tensei III Nocturne HD Remaster. While this amount of power is probably overkill to handle a PlayStation 2 title, this recent remaster is actually rebuilt in Unity and thus could use the extra power to handle the HD conversion. I personally haven't seen how the Nintendo Switch handles the Shin Megami Tensei III Nocturne HD Remaster but on PlayStation 5, the experience is a solid 30 FPS with a fair bit of aliasing that detracts from the experience (though not nearly on the same level of Persona 5 Strikers).

Shin Megami Tensei III HD Remaster opens up with the main character stepping off a train amidst reports of civil unrest and protests taking part near his train stop. Guided by his classmate away from the unseen protests, he ventures off to the nearby Shinjuku hospital where unbeknownst to him, the apocalypse is very much about to go underway. Save for the main character and a few other humans left to survive the 'Conception', the rest of Tokyo is obliterated and morphed into a barren landscape known as the Vortex World. Those still left alive need a bit more support if they're going to survive a desolate land of demons. For the main character, he's "gifted" a Magatama (after a light bit of first-person eye torture involving an alien organism that thankfully never actually shows the moment of impact in detail). This Magatama leads to newfound powers for the main character as he transforms into the Demi-fiend, a half-human/half-demon covered in glowing body tattoos and lacking a Reason. It's as the Demi-Fiend that players will venture forth in one of Atlus' most iconic hardcore JRPGs. 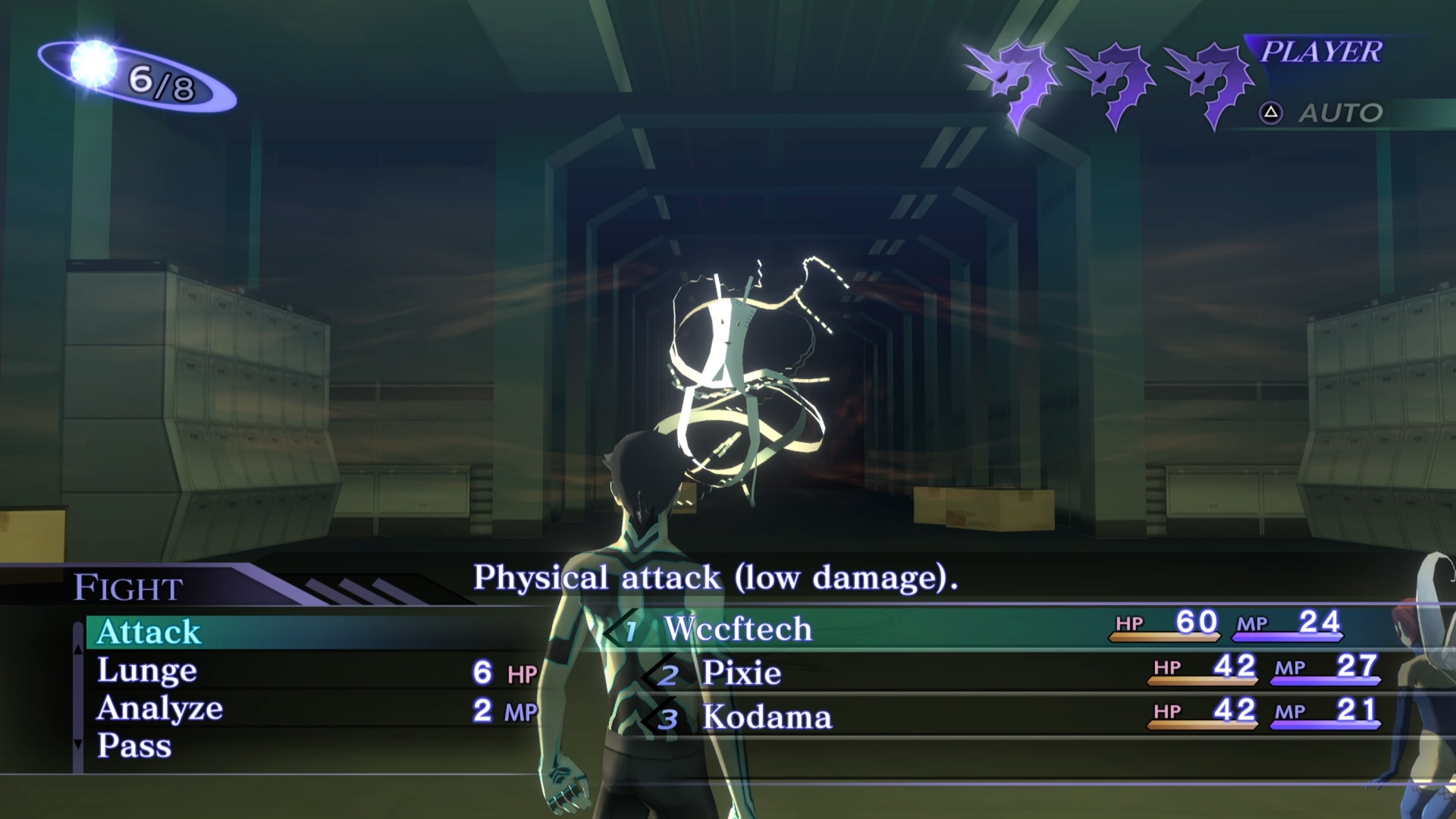 If you aren't planning on downloading the free Merciful difficulty DLC, expect Shin Megami Tensei III HD Remaster to kick you down and take your lunch Macca. The real difficulty to this classic JRPG is in the simplistic beauty of its combat systems. As the Demi-Fiend, you can recruit, train, and fuse demons to join your cause and fight alongside three of them at a given time. Rather than giving each character just one move per round, the player is given one Press Turn for each character up to a maximum of four (unless you finish an endgame sidequest that offers up an additional perk in New Game Plus). These four Press Turns can be spent on the typical actions of attacking, casting skills, using items (if you're the main character), or spending a half action to pass your turn along to the next teammate.

What makes the system unique is that by taking advantage of an enemy's weakness or immunities, you can gain extra actions (or lose your turn altogether). Striking an enemy's weakness, such as the first boss Forneus' crippling weakness to Zio/electricity, you'll only consume a half turn and thus give your side an extra action. Likewise, there are effects that could cause you to lose multiple turns or even all of your Press Turn icons at once. Whiffing an attack could cause the player to lose two Press Turn icons and absorbing or repelling the attack can waste the whole turn. Negotiating with demons is likewise a challenging gambit: win and they'll join your side, waste their time and they'll waste all of your Press Turns.

It's the trial and error of learning the enemy's weaknesses that gives Shin Megami Tensei III Nocturne HD Remaster the difficulty that it's renowned for. Going into a fight with the wrong Magatama equipped or party demons that harbor an innate weakness to the enemy's spells will result in a quick end, especially in the event that the player is ambushed by an enemy team that goes first and hits the main character with an instant death spell.

Despite a rocky reception with the initial Japanese release of Shin Megami Tensei III Nocturne HD Remaster last year, fans will be eager to know that the months of subsequent patches and feature updates will be present on day one when they pick up their copy next month. While we were only able to step foot into the Cathedral of Shadows and fuse away a few of our low ranking demons (be sure to keep that first Pixie that joins your team!) in our brief time going hands-on with this hardcore JRPG, Atlus has confirmed that the skill transfer updates will be available for all. Rather than having to shuffle the perfect spread of skills for your newly fused demon, players can pick any available skill from the two parent demons. Fear not if you were fretting over how to fuse Pierce and Victory Cry onto a low-level Mitama and carry that over into New Game Plus to earn one of SMT3NHD's other five endings.

Other features to keep an eye out for are both English and Japanese dubs available for Shin Megami Tensei III Nocturne HD Remaster. If you pick up the Digital Deluxe Edition and choose Dante over Raidou as your optional demon companion (this is via the New Game Maniax option), you'll be pleased to know that Reuben Langdon is back once again as the voice of Dante. There's also a new temporary Suspend Save feature if you have to take a break mid-dungeon and can't make your way all the way back to the nearest save terminal.

The challenge that fans were eager to pit themselves against in the original Shin Megami Tensei III Nocturne is ready to call their name once again. Whether you're wanting to find a new Reason as the Demi-fiend on Hard Mode or take a careful approach with the new Merciful Mode, there's a perfect level of difficulty for anyone that wants to try out this HD remaster for themselves. Shin Megami Tensei III Nocturne HD Remaster will be available on PlayStation 4, Nintendo Switch, and on PC on Steam beginning May 25th.