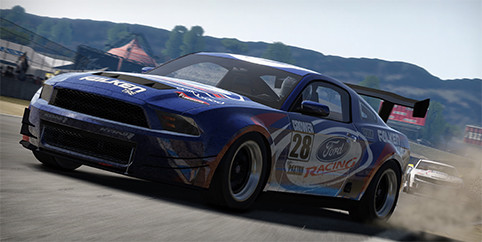 EA today announced a new trailer of its upcoming Simulation Racer "SHIFT 2" the sequel to 2009's racer "Need for Speed: SHIFT". The trailer shows an "Actual Gameplay" which includes a Race at Night Time, The car's Interior HUD is shown and the lightning effects do look pretty cool. At the end, the 24.3.2100 Date pops up which indicates the release date of the game. That date has later been confirmed to be the European release date so the North American fans of the game would have to wait till 29th March.

Also if you didn't already knew that a teaser trailer of the game was already shown at the start of Need For Speed: Hot Pursuit when you play it. Here's the new trailer: