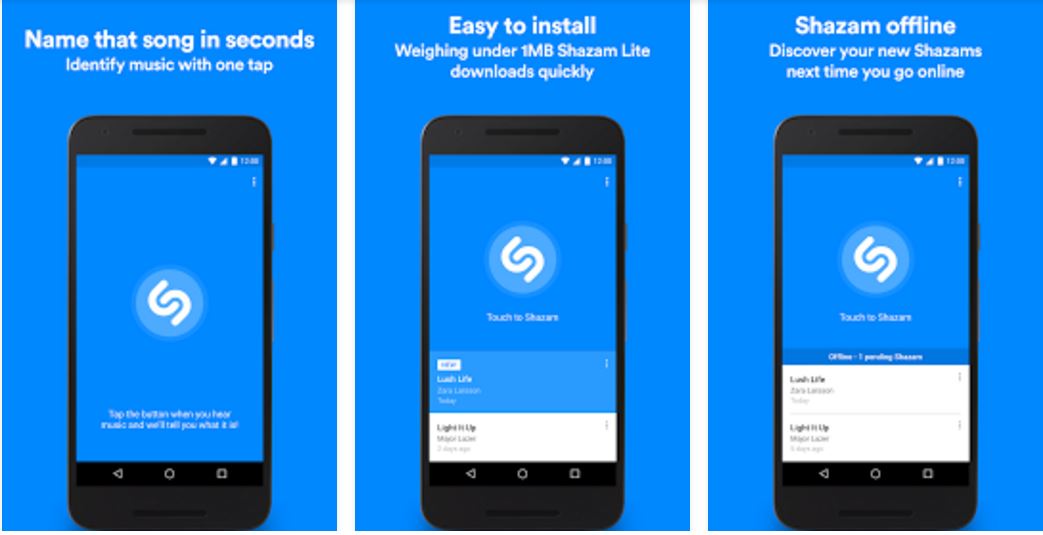 Shazam and SoundHound apps have been ruling the song identification category for a long time. They are basically the best if you want to look up for the song name or other details. However, if you start from scratch and launch the app to identify a song, the sound was pretty much over and you're drenched in misery, making close calls for what the song was. This is about to change with Shazam Lite app for Android. Head down to see some more details on it.

The new Shazam Lite app is pretty fast, fast enough to run on low-end Android smartphones that do not boast a lot of storage or high-end specifications. This is good for all of us because the song identification will be faster on all devices. Other than this, the Shazam Lite app is extremely light, weighing in at just 1MB. We all have that much space on a smartphone. Point being, since it's lightweight, its performance is way quicker.

The app features a simplistic and minimal interface with nothing fancy going on about. As expected, it loads up quickly, even on low-powered devices. The quick launch time is what took me aback as I wouldn't have to wait for eternity for the song to play again. The best part about the Lite version of the Shazam app is its ability to work Offline. Now, it's a point of question that how would the app identify a song without connecting to the internet? It's simple, Shazam Lite will simply listen to the song that is playing in the background and when you're back on mobile data or Wi-Fi, your request will be automatically complied. 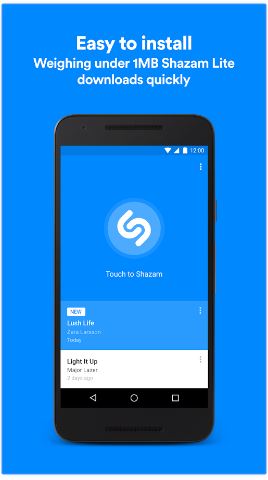 Shazam Lite for Android is dead simple and easy to use. It's fast as lightning with all thanks to the lack of features like user profiles and lyrics. Most of us don't even use these features so its better to shift to the Lite version of the app, if it fits your needs. Once you find the song that you like, you can simply share a link to Google Keep as to save your song name for a later time.

The drawback of the app, which really isn't a drawback for some, is that the app does not feature any home screen widgets or the ability to identify songs automatically. However, this can be sacrificed for a faster song identification. Shazam Lite is available for free from the Google Play Store in India, Vietnam, Indonesia, Nigeria, Venezuela and the Philippines. It supports all smartphones running Android version 2.3 and up.

This is it for now, folks. Do check out the Shazam Lite app for Android and share with us how you like it.