You may not know who Vincent Van Diemen is and that's alright if you're not a space-bourn RTS fan. My experience in this genre is only limited to Star Trek Armada and Homeworld, so I too raised my eye-brow quizzically. He's a very good game producer that helped to create the success that was Nexus: The Jupiter Incident. And he's joining the team behind an up and coming RTS, Shallow Space Insurgency. 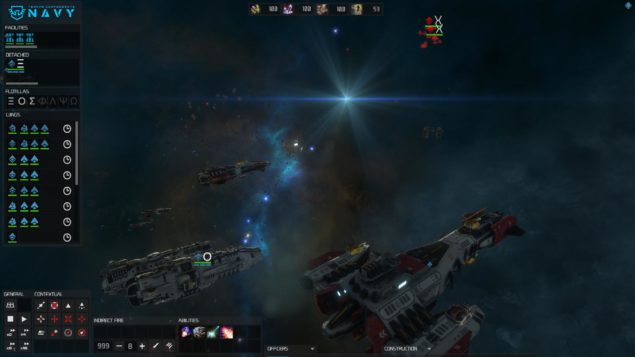 The developers of Shallow Space Insurgency are pleased to announce that Vincent Van Diemen has joined their team and will be acting as a producer for them as well. He actually approached the developer initially based off of the concept and progress of the project, offering his assistance and vast experience and expertise in order to build a more cohesive game.

"Into the room walks Vincent Van Diemen, the producer of ‘Nexus: The Jupiter Incident.’ Now Vincent has been watching the project for some time now on a facebook page that I update on frequently and I was pleasantly surprised when he came forward and offered his expertise on the project. Better still is the fact that he is still in touch with some of the concept artists and talented voice actors that put together Nexus: The Jupiter Incident and he even has a team of experienced professional programmers on his speed dial list. Sweet."

The developer is rather excited to have such a person producing their game, as they can then ask those questions that may prove elusive to the indie game developer. Not surprisingly the developers are not shy about the amount of inspiration that Jupiter: The Nexus Incident has provided to them. They are also heavily inspired by the Homeworld franchise

Currently Shallow Space Insurgency is completing the development of the core gameplay elements and will be appearing on Kickstarter at the end of March. It's looking like a well thought out game with elements that we are familiar with in addition to including some novel ideas about asymmetrical balance.

Shallow Space Insurgency is a space based RTS that wants to improve upon the common denominator and puts heavy emphasis on intense strategy, fleet customizability, ship and weapon diversity and a very in-depth and interesting story. It's also been greenlit by the Steam community.

Well, the concept looks sound, the game itself looks to be progressing right along their set schedule and the gameplay itself looks interesting. It might be my first entry into the RTS space based game genre in a long time. The idea to me seems quite enjoyable, if not rather challenging. What do you guys think? Is there room for one more finely crafted RTS in the stable?