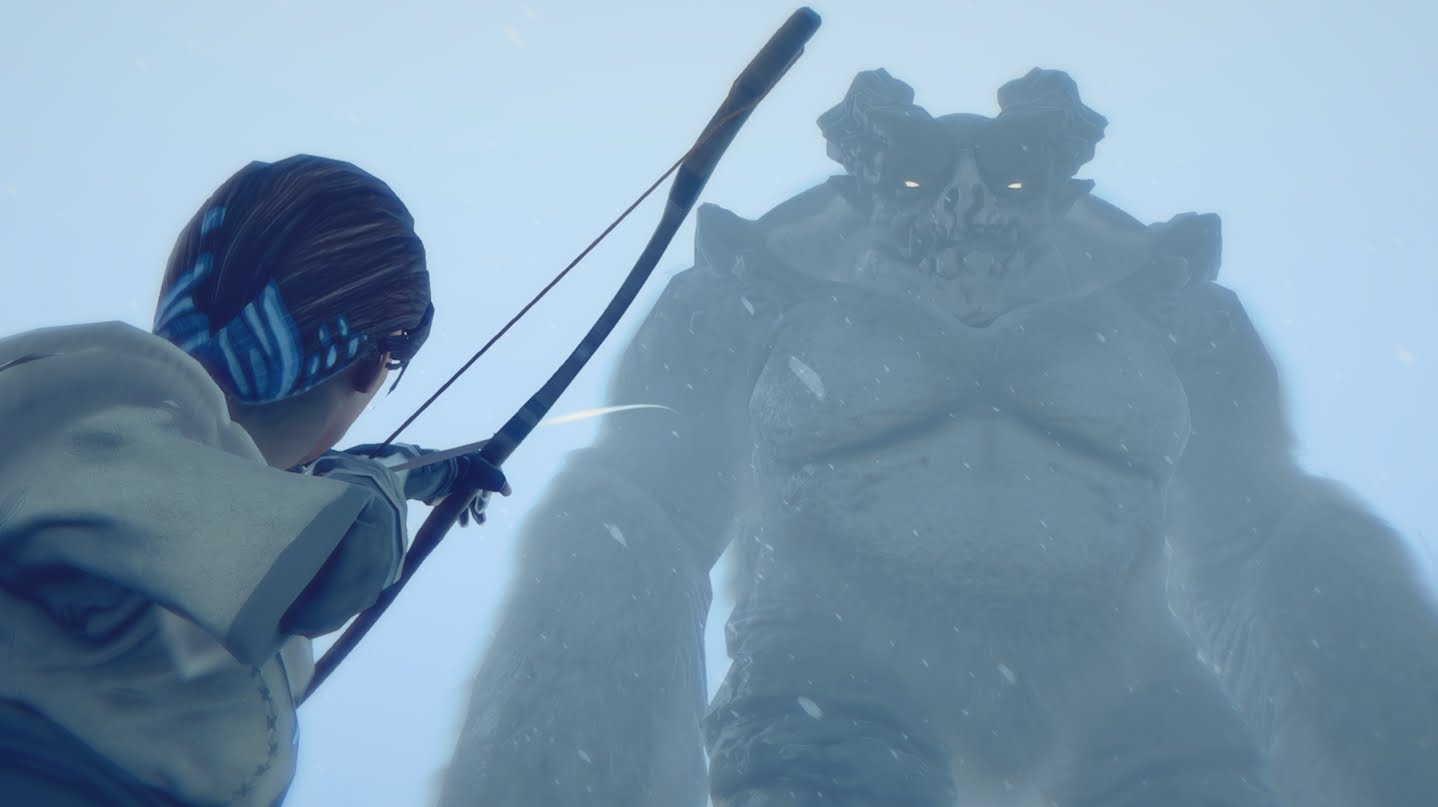 Sometimes, amidst the sea of indie games, there's a rough gem in the making that catches the eye of gamers long before its release.

Prey for the Gods can certainly be included in this category. We've reported on the game nine months ago, when No Matter Studios shared the stunning official reveal trailer. Now the game is on Kickstarter to get a minimum of $300K.

Prey for the Gods is an action survival game with a clear and deliberate Shadow of the Colossus inspiration. You'll be a lone hero sent to the edge of the world to discover the mystery behind a never-ending Winter.

These are the game's core features:

Each of the giant bosses you may encounter will have unique weaknesses to discover and then exploit. Exploration is rewarding, but also very risky since the player character will need to be fed and warmed up. Even weapons can break during combat and arrows are finite, though you can pick them back after you shot them.

The game will launch with five bosses, but through stretch goals they could go up to eight. Prey for the Gods is targeting a PC release first and a subsequent launch on PlayStation 4/Xbox One if the campaign gets to $600K.

Check out the new trailer below. Prey for the Gods is tentatively scheduled for December 2017.