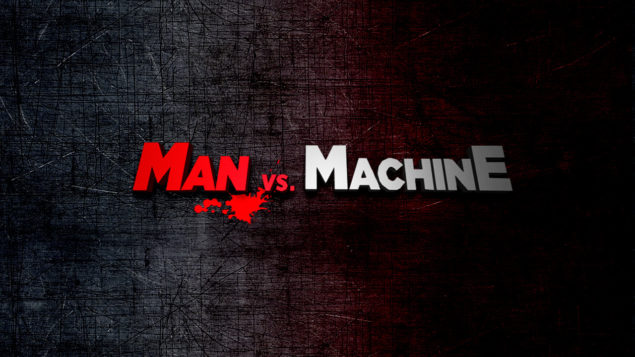 Much Different, A non-profit organisation based in Sweden has set a new world record of pitting 1000 players against each other in its free to play game Man Vs Machine.

The world record is a great achievement by the development team which shows that a 1000 Player FPS Game can be made possible. The game simply pits Humans against Spider shaped machines, The record was achieved tomorrow night. Here's what the company's got to say over at its blog:

Yesterday, we did something amazing. Gamers and developers from all over the world fought a never before seen massive online battle. 999 players amassed the field and despite one team being obviously more powerful, it was all great fun. I am very proud that we could show the world such a massive game with no lag and great responsiveness.

Update: Guinness World Records approved it and it is now a new official world record!

"I’d like to thank all who helped make this happen. With a special warm and loving “thank you” to the people that played! Thank you for bringing such creativity to both the battlefield and to the chat. You had me laughing, giggling and spilling coffee throughout the event.

As for the game, it was something of an execution of the Team Machine in the beginning. After the first half hour, the score was overwhelmingly in favor for Team Man. We did some adjustments to the gameplay balancing but it was not until the end of the two hour session that Team Machine had turned the tides and now the roles were reversed and Team Man was not even able to leave the spawning area.  Getting a game balanced is hard and our guesswork proved to be quite off the mark. In the end, I think most people had an enjoyable experience of the sheer massiveness of it all and having the game run smoothly helped with that.

We never managed to get the full thousand though, because of the inherent unpredictability of the Internet with players constantly timing out and logging out. But its ok. With 999 players, we still managed to raise the unofficial PlanetSide record with 600 players. For about two hours, people could experience a smooth massive game experience.

What will happen now is that we will make scores and other enjoyable stuff available online. Our independent industry expert who was monitoring Man vs Machine, Derek Wise, is hard at work going through the data we have recorded and will soon present his findings to Guinness World Records. And finally, we will continue to improve the technology and tools for making online games.

Thank you all once again for making online history!"

You can check out some videos of the game in action below, Don't miss out the hilarious comments in the chat bar:

Behind the scenes: Man vs Machine makes a new world FPS online battle record. from MuchDifferent on Vimeo.

Here's what you need to run the game and get started, Play here:

What are the system requirements for the game?

Will there be a Linux or console version of the game?

No, currently there are no plans to support anything other than Windows and Mac OS X.

Will I need to install the game?

No, you will only need to install the Unity Web Player plugin, if this is not already installed for your browser.

Which browser should I use?

Any modern version of Internet Explorer, Firefox, Chrome, Safari, Opera or Camino can be used to play the game.