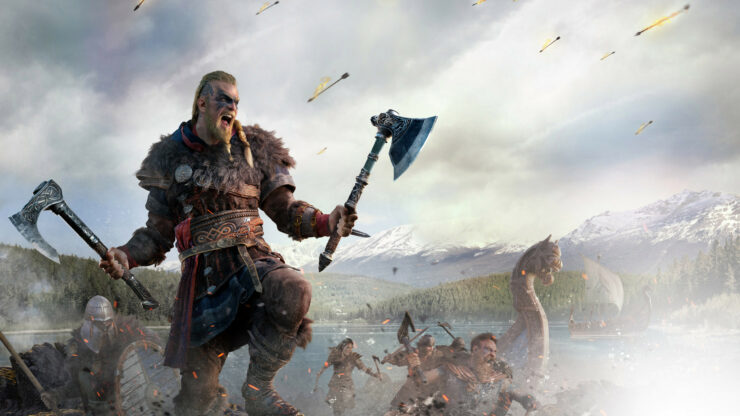 Ready to see what it's like to be a Viking? You can do just that in Assassin's Creed Valhalla, which is on sale right now at Walmart for $10 off its normal price of $59.99. You'll need to add it to your cart to see the price, but it's in stock and ready to go if you're looking to drop some cash on the latest entry in the Assassin's Creed universe.

You can save $12 off of Assassin's Creed Valhalla at Amazon as well, which is 20% off its list price of $59.99, but it won't be shipping anytime soon. It's currently out of stock and isn't slated to ship for 1 to 2 months. Either retailer is a viable option, but you'll be waiting a while with Amazon. If you've got a gift card or something to that effect that needs to be spent, you might have a nice surprise in the mail in a couple of months.

We gave Assassin's Creed Valhalla an 8.5 in our review, praising its "engaging story and characters" as well as its "great cutscene direction."

"Assassin's Creed Valhalla is a definite step up for the series, thanks to the many tweaks made to the RPG mechanics that powered the previous two entries in the series, better storytelling, great atmosphere, and meaningful side-content. Even with the tweaks, however, Assassin's Creed Valhalla is still an Assassin's Creed game at heart, so those who are not into the Ubisoft open-world game design will hardly change their opinion with the game. Everyone else will probably love every second of Eivor's adventure, especially if they are into Vikings and ancient Norse culture."

Need more savings? You can also check out more Black Friday 2020 deals below.