Set Up Chrome Remote Desktop for iOS: How To?

The Chrome Remote desktop is nothing new that the Google has to offer but since it’s inauguration,  iOS had been left out, whereas it has permitted users for many years to access their Mac or Windows from an Android smartphone. This Monday however, Google has released an iOS version of the Chrome Remote Desktop, unceremoniously. This has led the the iOS users to access their computer, or any computer of a family member, from their mobile phone which only obliges an internet connection. 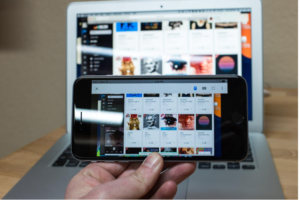 Before we set up the settings in the iOS device, you need to have two things on your computer which you are linking to your iOS device. The first thing is obviously, Chrome. The other thing that you need is the Chrome Remote Desktop’s version which is available on the Chrome Web Store. 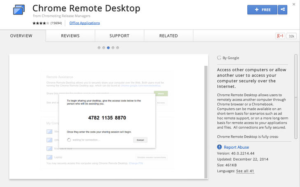 After you you install these two apps, you will first launch the desktop version of Chrome Remote Desktop and follow the steps to setup process and complete it.  Believe me, its easier than it sounds. One of the most imperative phase of setting this service up is to remember your password or in this case, a PIN. Do write it down if you haven't. 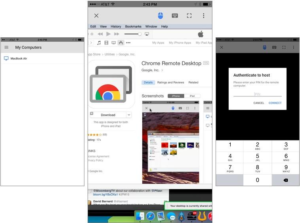 Finally, download and install the iOS app on your Apple device. Now that your app is installed on your iOS device and your computer, sign into the Google Accont that you used in the Chrome on your computer. The Chrome Remote Desktop in your iOS device will display your computer name and tapping it will prompt a remote session. You will be asked to put your PIN that you provided earlier. After the authorization is complete, you will now have utter control over your Windows or Mac. As easy as 1 2 3, even a child could do it. Do try this and let us know what sort of experience you had with this and do share if you found the help useful.