The developers of the Sniper Elite series, Rebellion Games, has announced that they're not only updating and re-imagining the classic Battlezone, but also the 1998 remake by Activision.

Rebellion is even going to remake the remake of Battlezone.

They're bringing back one of the newer Battlezone games as well. Apparently they received a lot of feedback asking about a remake of the later games in the series, wondering when they'd be updated to, or if they'd be updated. A number of people were quite miffed that only the arcade version was being handled.

Rebellion responded that they're definitely working on a remaster of the 1998 Battlezone. They aren't quite ready to show off what progress they've made on the remake of the remake, however they assure us that those fascinated by the re-imagined version from 1998 have not been forgotten.

“Well, we’ve read your comments, articles, emails and posts and we’ve seen your love for these games – so we wanted to make another brief announcement: We’re very pleased to reveal that we’re also working on a remaster of the 1998 Battlezone for PC.”

Initially they're working on the classic version to help invigorate VR gaming while also injecting some classic arcade-like flair into it. They want to concentrate on bringing a distinct visual style that reminds us of the arcade game from 1980.

The announcement of either remake is great, and even in this day with a dramatic increase in the number of remade older games, this stands as fantastic news. Battlezone upset the delicate balance of separate genres by combining the best of RTS with FPS in a novel way. It worked well, for the most part, and provided hours of enjoyment. Even though this is being heralded as a remake, they have the opportunity, if they're careful, to really expand on what made that Battlezone so unique and fun. It wasn't perfect, but it helped to show what a game could be like if one didn't hold to the dictates of normal genres. 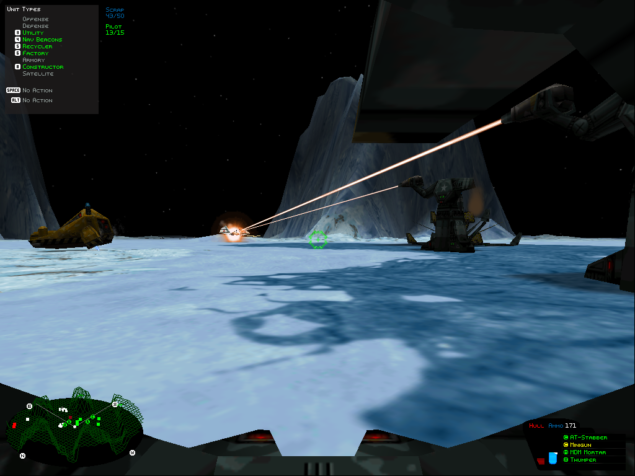