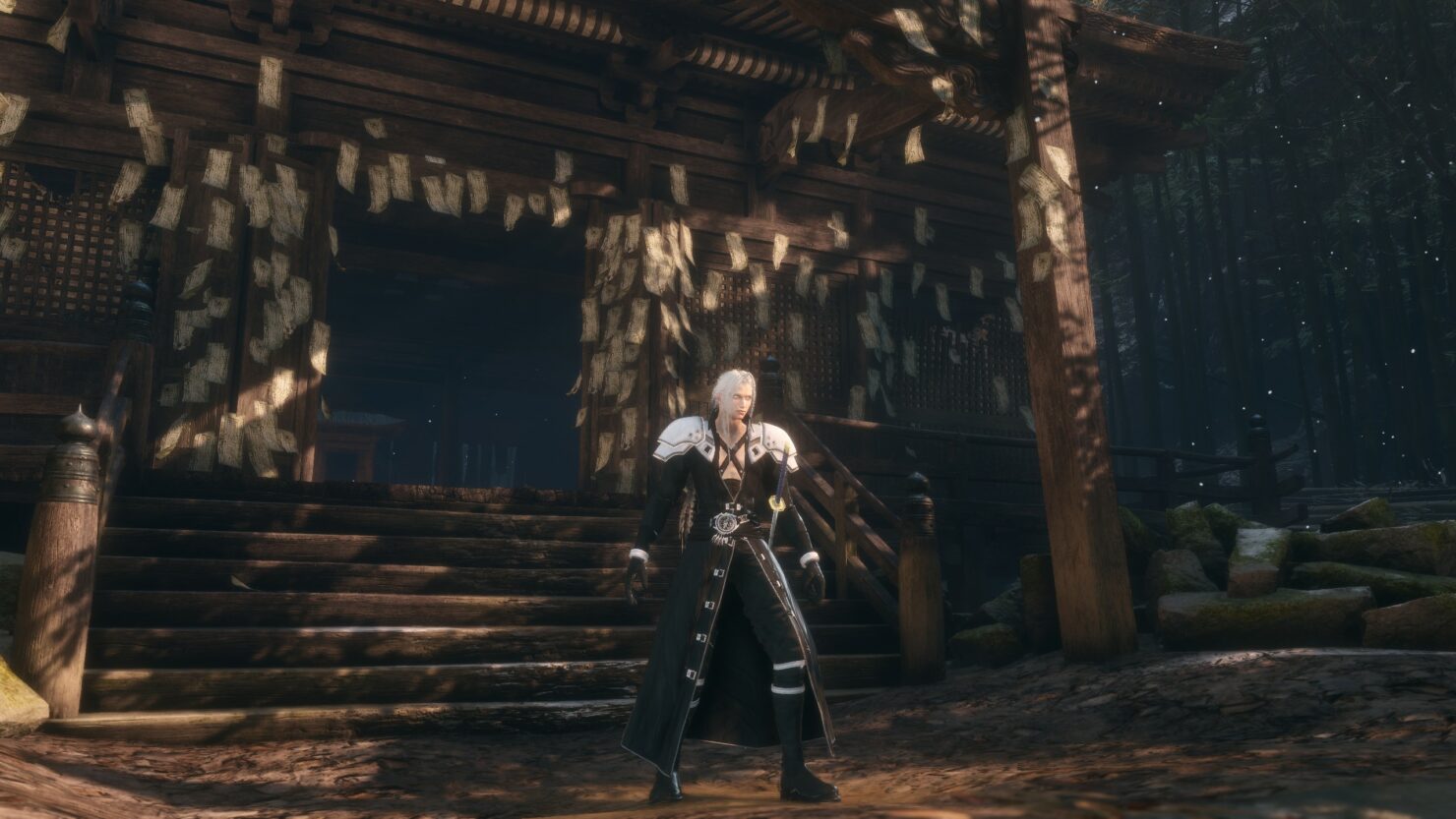 The new version of the Sepiroth mod allows players to control Sepiroth, replacing Wolf's model. The model has some issues, such as the sword's hitbox not being big enough for the Masamune,  but they are minor and they do not prevent the game from being playable from beginning to end. The mod, as previously reported, also allows the user to replace Genichiro's model with Sephiroth's.

So I've decided to "perfect" this mod as best as I could. We can't give the Masamune a proper hit box or it would always collide with the ground, can't make Sephiroth left-handed, etc...
Since the only thing I could do was to give Sephiroth his voice (because I don't know how to turn all Prosthetic and Mortal Blade invisible), well... that's what I did.
Recorded some clips of Dissidia NT with Japanese audio in my PS4, edited and replaced all Wolf's voice with then.
Sometimes when he dies he'll say I'll... never be a memory before you revive on the spot.

Sekiro: Shadows Die Twice is among the most interesting games released by From Software, deviating from the Souls series formula in a lot of ways, but still presenting a challenging and fun experience.