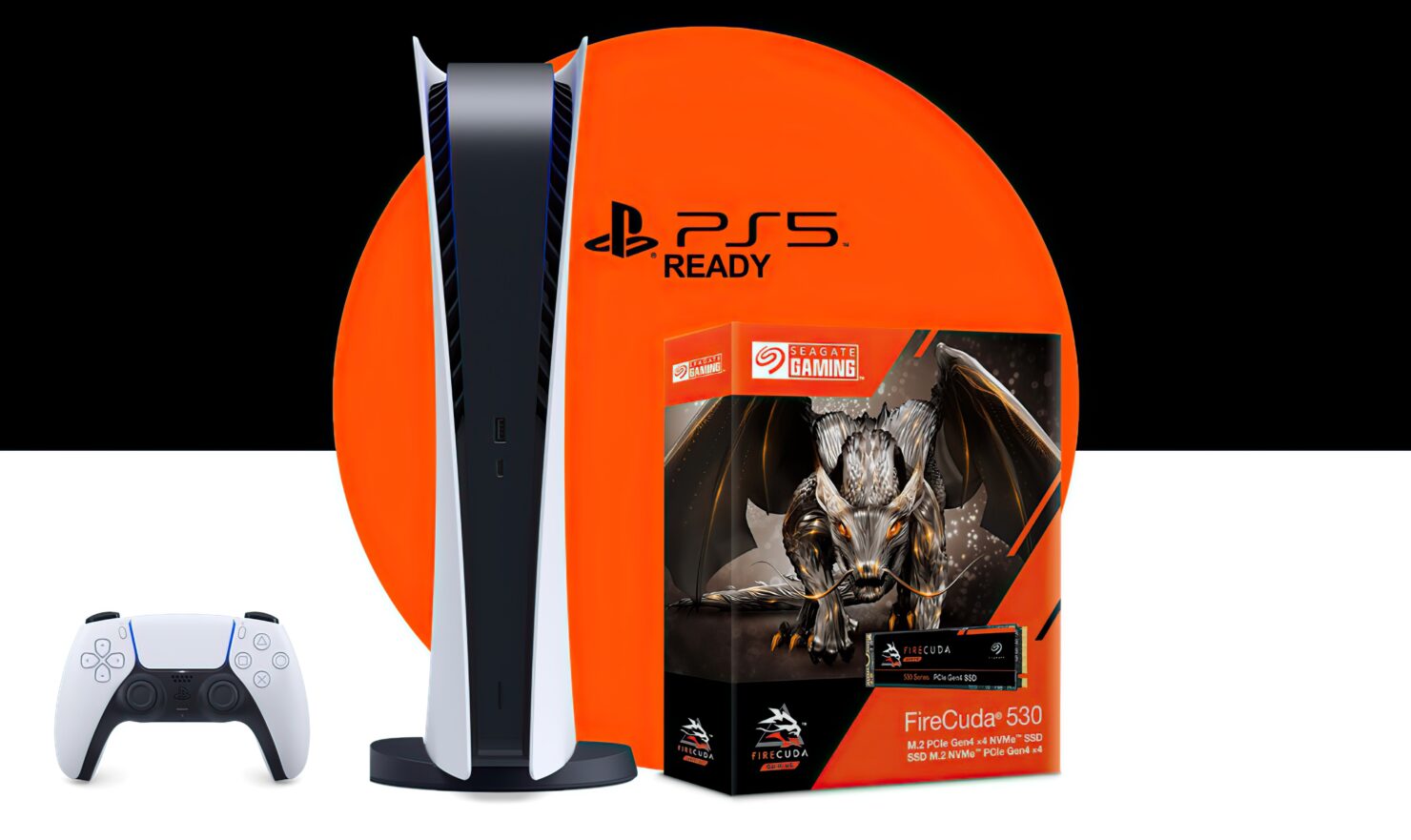 [UPDATE] The PS5 beta firmware that enables the expansion slot is now available in some countries. Read more here.

[ORIGINAL STORY] The Seagate FireCuda 530 PCIe Gen4 NVMe SSD is about to launch, and Finder.com managed to get confirmation that it'll be the very first drive compatible with the PlayStation 5's expansion slot, which has so far remained unused (though Sony did say the slot would be enabled 'this Summer' through a firmware update).

We have done some testing with Sony on the PlayStation 5 and today we can confirm that the FireCuda 530 with the heatsink has met all the PS5 requirements. With the PS5 design, the SSD card slot is very narrow, so there's not much room for the SSD to mount. However, with the FireCuda 530 – even with the heatsink on the top – the slim design allows for it to fit. Of course, the model without the heatsink is slimmer, so both of them will fit into the PS5.

A freshly issued Seagate press release also confirms that the NVMe SSD will be available in New Zealand starting early August, which is only a few days out. Amazon.com has actually listed the FireCuda 530 (both with and without the heatsink) for quite a while, though they're both out of stock.

Seagate's latest gaming SSD sports impressive specifications, as you can read below.

Speed Reigns. FireCuda 530 dominates the SSD lineup—delivering pure
performance, absolute power, the most advanced components, and unrivaled
endurance.
Highest Performance. At up to 7,300MB/s you can harness the full power of PCIe
Gen4 speeds to dominate next-generation games and applications.
Fastest. FireCuda. Ever. Built for sustained, pro-level gaming and accelerated
content creation with transfer speeds up to 2× faster than PCIe Gen3 NVMe SSDs and
up to 12× faster than SATA SSDs.
Latest Tech. Built with a Seagate-validated E18 controller and the latest 3D TLC
NAND, FireCuda 530 provides the most advanced speed and durability so you can
push the limits of your machine.
Endurance Unleashed. Designed to perform under heavy use and tough enough to
go the distance—up to 5100TB TBW means you can write and delete 70% of the drive
capacity, every day, for five years.
Considerable Capacity. Graphics-intensive games and big files are no problem with
up to 4TB capacities to keep your gaming library at your fingertips and your creative
content rendering.
Game and Create. Blistering transfer speeds of up to 7,300MB/s, endurance, and
capacity makes content creation applications run faster and smoother.
Rescue Services. Rest easy with three years of Rescue Data Recovery Services, offering an industry-leading 95% success rate against unexpected data loss.