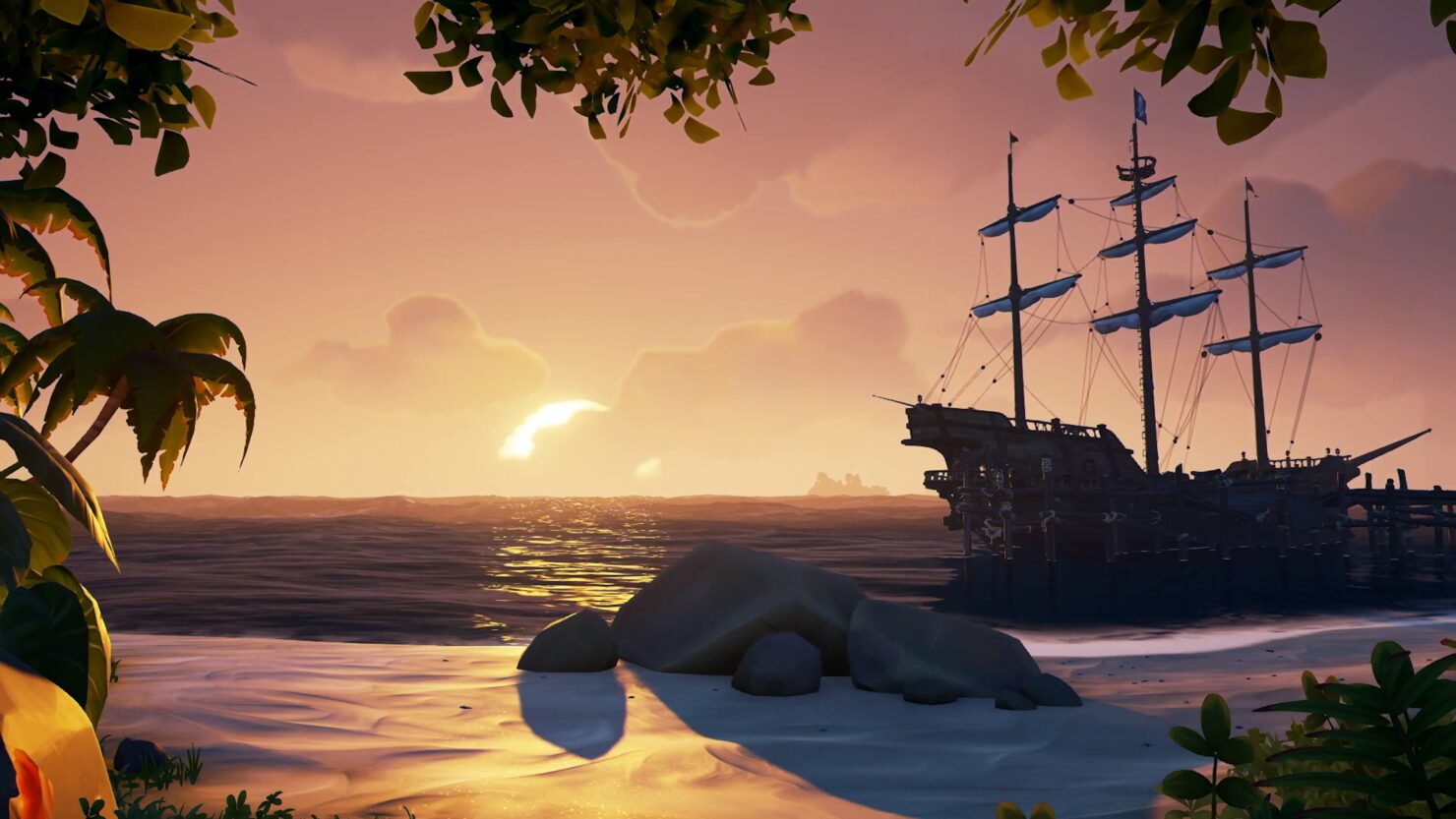 Rare's Sea of Thieves managed to surprise in a positive way pretty much everyone that tried the game so far at some convention.

Its premise of an online, "shared world" emergent pirate game powered by Rare's unique visual style and humor is definitely intriguing, which is why I was eager to learn more during a presentation for the press. Lead Designer Mike Chapman talked extensively about the game's features, revealing some new tidbits.

For instance, while the world is handcrafted there are procedural systems laid on top of the quest systems: shipwrecks are placed procedurally in the world, so that players can constantly find those in their never-ending pursuit of booty. There's also an "endless" supply of different types of maps and stages, according to Chapman, with building blocks that can be strung together in several ways to keep gameplay fresh and replayable. The team wants players to be constantly on edge about what could happen just further out on the horizon.

There'll be a whole range of character progression in Sea of Thieves. Players can expect to customize tools like compasses, shovels, lanterns and musical instruments, as well as obviously the weapons. The ship itself has been described as an extension of the player character, and may be customized both visually and functionally.

What will not happen is the game locking players down to specific roles, as Rare conceived the gameplay in Sea of Thieves to be very fluid. Whereas you may be at the ship's wheel one moment, the next one you could be firing a cannon or fixing a leak in the hull if need be.

Rare also spent "a lot of time" balancing different ship types. Small ships are really nimble in the water, which makes turning far easier than what's possible for bigger ships; the only way big ships can keep up is if each and every sail is down and turned to the wind. What the developers also noticed is that small ships tend to band together against a large ship in a natural way.

Of course, it's also possible to steal someone else's ship while they're adventuring on an island, for example. That doesn't mean you'll get the ownership, but you'll be able to use it however you want for that particular session and take its treasure chests (should there be any in the cargo hold).

The ship's owner, on the other hand, will be able to get it back. The process will require him or her to dive into the water and talk with a mermaid savior, who'll raise the ship back onto the water; however, the previous name of the ship will be removed and of course, as just mentioned, any treasure might have been taken by the pirates who just stole it. That's Rare's attempt at balancing both sides of this situation.

If you want to take your treasure to a safe place, you'll have to head into a settlement. That's right, because despite the name Sea of Thieves will take place as much on the ship as it does on the land and even though we haven't seen them yet, Chapman promised pirate towns populated by all sorts of NPCs and shops. These will allow players to customize their character, to restock their ship, to change or upgrade the weapons and to take their hard-earned booty to the treasure dealer.

What Sea of Thieves won't be is massive in terms of gamers playing together. It's rather focused on a more intimate experience, and while specifics haven't been nailed yet, that's what Chapman said on the matter:

When you start getting above five or six players, it becomes less personal. You bond less, it becomes just like a rabble of pirates. So we purposely chose that number for this ship [on screen] because it gives you that perfect crew gameplay where over time you can bond, you can work together. Any more and it gets a bit chaotic.

After the presentation, I was able to try the game for a while. There's no denying that the crew gameplay on the ship feels immediately intuitive and engaging, and exchanging cannon shots with another ship is a rather thrilling experience as both crews try to calculate each shot's trajectory so that the cannon balls hit the weakest spots of the enemy vessel.

It's not easy at all to land hits, at least for newcomers, as the ship is constantly moving. Coordinating with the crew so that someone can quickly go downstairs to fix hull leaks is critical, as taking in too much water will eventually sink the vessel.

Unfortunately, the demo build still did not feature any form of melee or ranged combat, which made boarding the other ship rather pointless as there was no way to damage enemies. This is a crucial part of the pirate fantasy experience and Chapman assured us that swords, blunderbusses and pistols will all be in the game.

There's also the question of whether the rest of the gameplay experience (adventuring on land, searching for treasures, fighting krakens/ghost ships and the likes) will be as fun as ship combat, but we'll need to play more in order to answer it.

In the meantime, what can unequivocally be said is that Sea of Thieves looks amazing. Powered by Unreal Engine 4, it stands out for what's possibly the best rendition of water in games yet, but there are many other graphics highlights such as the captivating art style, smooth animations, lighting and clouds.

The game will be out on both Windows 10 PC and Xbox One. Although he could not confirm cross-play, Chapman was very confident about the feature since the game's pace doesn't translate into a clear advantage of mouse & keyboard against controller.

There's no date yet, as the developers are aiming to get Sea of Thieves in the closed beta phase first and foremost. Still, we'll keep a watchful eye on what could be Rare's definitive comeback.