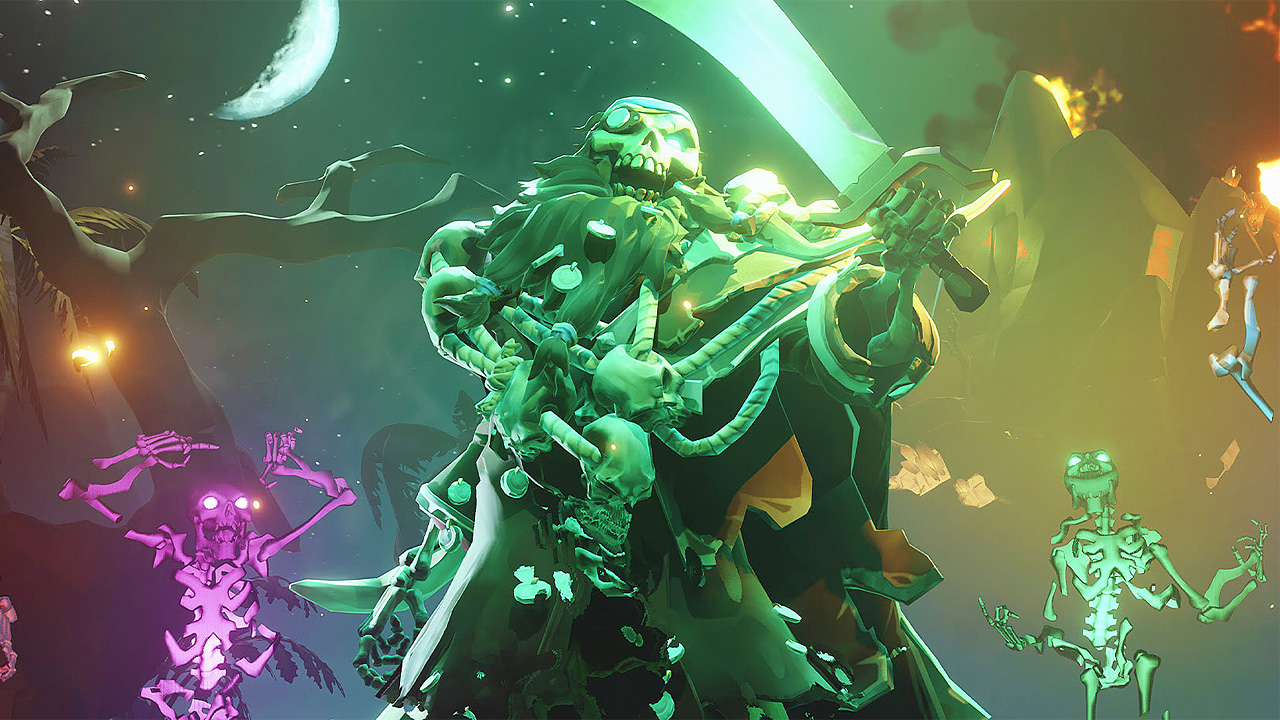 Sea of Thieves has been Microsoft’s most successful game of this current generation, attracting over 15 million wannabe buccaneers, so one can’t help but wonder how the pirate game will carry over to the Xbox Series X and S. Sea of Thieves isn’t getting a full visual revamp like Gears 5 and some other Microsoft-published games, but Rare has revealed some of the basic enhancements you can get by playing the game on Xbox Series X and S via backward compatibility.

Excited about setting sail on Xbox Series X or Xbox Series S? These are the key optimisations for your next-gen Sea of Thieves experience, so get set to enjoy some silky-smooth skelly smashing:

4K and 60fps on the Xbox Series X is to be expected, but only 1080p and 60fps on the Series S? That’s definitely a little disappointing, considering the console has been sold as a “1440p” machine. I guess those pretty waves are more demanding than we thought!

Haven’t been keeping up with Sea of Thieves? The game recently released on Steam and has been releasing monthly content updates throughout 2020. The most recent update, Fate of the Damned, dropped in October – here are a few details:

Fear and dread settle over the Sea of Thieves this month as old enemies return through the cracks between worlds: the Shadows of Fate are loose once again, and a certain Skeleton Lord is proving impossible to bury once and for all! Larinna is investigating and has Voyages that’ll send you in search of missing Bilge Rat crews, so be sure to read the Mysterious Notes she sends your way and check in with her at the tavern. She knows where the hostile hotspots are, so you can decide whether to make a beeline for them or pursue your own business in a quieter part of the world…

Sea of Thieves is available on PC and Xbox One, and will be playable on Xbox Series X/S through backward compatibility. An update for those playing on next-gen consoles should be available on November 10.