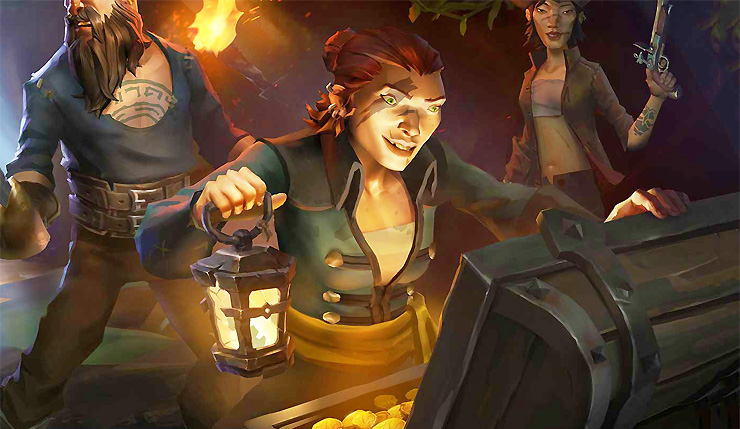 Sea of Thieves has been a solid success, amassing over 5 million players since launching back in March, but Microsoft and Rare are taking a surprisingly laid-back approach to monetizing the game. All Sea of Thieves content expansions are free and the game doesn’t even have microtransactions yet. Not that I’m complaining, but development isn't cheap, and Rare is going to have to figure out some way to make money from their loyal fanbase if they hope to support the game long-term. Rare has hinted Sea of Thieves will be getting microtransactions of some kind, but, so far, it hasn’t come to pass.

In a new interview with GamesIndustry.biz, Sea of Thieves design director Mike Chapman spoke about Rare’s desire to bring a different sort of monetization scheme to the game…

"We will never charge for those new content releases, because that would segregate our players. [...] The idea of having to buy an expansion in order to play with your friends - we'd never do that. We have no plans locked in place now on when we'd add monetization.

The one thing I will say is if we do that, we won't just take something from another game and put it into Sea of Thieves. The way we've looked at mechanics, tried to innovate and do things differently, we'd want to do that with monetization as well. It's not just about taking another approach and forcing it into Sea of Thieves. With all of our mechanics, it has to feel at home. We won't step on the shoes of the gameplay, we won't segregate our players, we certainly never would do pay-to-win. It would be around something that players love, and a way for them to keep enjoying the content."

It will be interesting to see what approach Rare takes. In the past they promised they’d stay away from any sort of pay-to-win scheme, instead teasing you might be able to do fun stuff like buy pets. I think it would be a good idea to keep it light and goofy – perhaps they could let players buy different barf colors? A variety of crackers for their parrots?

Sea of Thieves is currently available on PC and Xbox One. The game’s Cursed Sails expansion, which lets you do battle with AI-controlled skeleton pirate ships, just released last week.