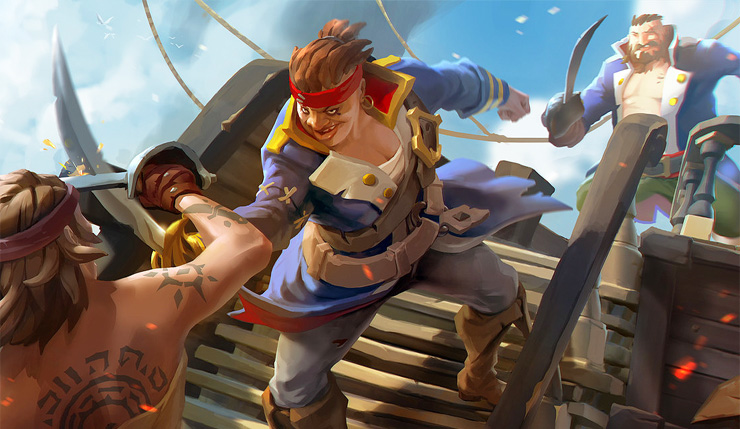 Rare’s upcoming multiplayer pirate adventure Sea of Thieves has always looked promising, but the game’s success is dependent on it actually, y’know, working. Ambitious online-focused games are often crippled by connection issues and other problems at launch, but fans were holding out hope that Sea of Thieves might be different. Microsoft ought to have the resources and knowhow to make sure the game works like it should, right? Well, don’t get your hopes up.

Sea of Thieves' closed beta kicked off yesterday for those who pre-ordered the game or signed up for the Xbox Insider Program before December 1. Unfortunately, it was anything but smooth sailing for many players, who received “Too Early” messages and a variety of other errors (with sassy pirate names) when trying to access the game. Yesterday evening, Rare claimed connection issues were largely resolved, although it seems they may have jumped the gun with the announcement…

Ahoy! Most of the players who were receiving the “too early” error message should now all be able to launch the Closed Beta and play! The remaining cases should be resolved within the next 2 hours. We really appreciate all the patience whilst our team has worked to resolve this.

Despite Rare’s assurances, a good chunk of those posting on the Sea of Thieves subreddit and official forums are still reporting Too Early messages and other errors. According to an FAQ put up by Rare, these issues are mainly affecting those who pre-ordered Sea of Thieves after the beta already began. Rare promises they’re “doing all they can” to bring affected players on board.

But the Sea of Thieves beta hasn’t been all doom and gloom. Some players have been able to connect, and Sea of Thieves was the most-viewed game on Twitch last night, with 170,000 viewers tuning in to get a look at the game. That said, not everybody who got to play the beta are happy – some are complaining that it lacks content compared to earlier alpha releases.

A bit of a mess, all around. Of course, you expect some issues with betas. They exist to stress test the servers. Maybe Rare will take what they’ve learned here, and deliver a rock-solid, stable experience at launch, although that’s a pretty big maybe. If Rare can’t even pull off a closed beta, what’s going to happen when the servers are really under heavy fire at launch?

The Sea of Thieves closed beta runs until January 29. The game sets sail on PC and Xbox One on March 20.