Ever since the launch of the PS3 Naughty Dog has shown us time after time that they can always make a breath taking and stunning masterpiece in terms of graphics, some of which will even make PC and XBOX 360 owners admit that the PS3 is indeed superior in terms of these games, This was shown to us in Uncharted: Drakes Fortune, Uncharted: Among Thieves and more recently in Uncharted: Drakes Deception where Naughty Dog delivered an amazing graphical presentation with a great mix of shootouts, melee, amazing scripted events and some of the best action sequences in a video game, now Naughty Dog is doing it again with their newest title "The Last of Us"

But near the end of 2011 Naughty Dog showed us that they have more to show off and they did it with "Last of Us" shown off at the SPIKE VGA's. The game has already been announced to be 2 years in development already and while there has been no follow up to the game play video there have however been some new screenshots which show that Naughty Dog is still able to make the most grim of situations as breath taking as possible.

Gameinformer is the first to get their hands on these amazing screenshots showing off the game in all its beauty, now if they can make it a 2012 release date this would indeed be an amazing year for PS3 fans.

The following screenshots are IN-GAME. Yes these are very real and this is definitely what the finished product will (or should) look like (more or less). 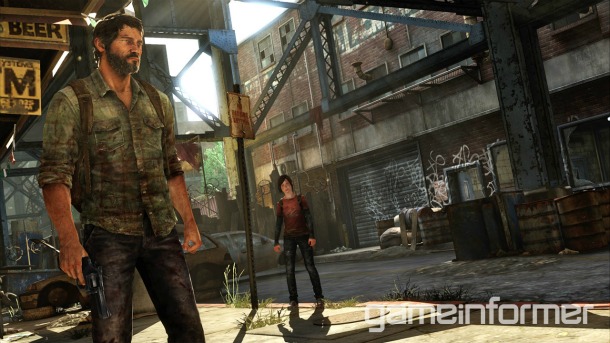 Ellie will be a completely independent A.I just like Elena or Chloe from Uncharted and according to Gameinformer her A.I is anything but lazy in fact she is very responsive and despite her age she needed NO babysitting what so ever, players can venture freely without the fear of Ellie slowing them down. 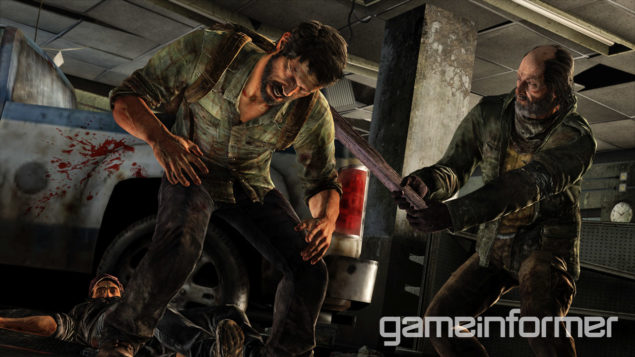 The game will be a mix of melee and shooting but Naughty Dog is doing away with the wild shootouts we have come to know and love in the Uncharted series and have instead made players focus on melee as ammo is scarce and melee weapons will break after being used for a while making players more active scavengers if they want to survive. 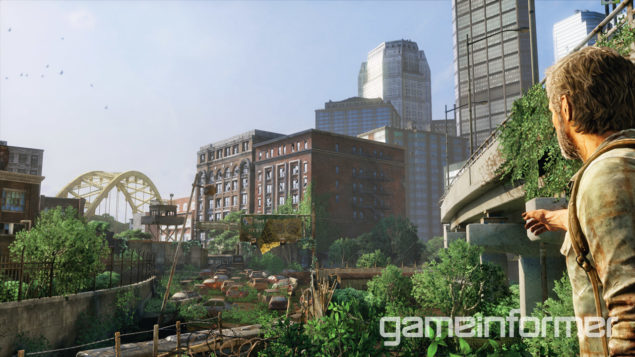 Most post apocalypse worlds are dark, bleak and dull but even in this kind of game Naughty Dog again proves that there is still room for plenty of color to make a game look spectacular. Just look at all the detail in this one screenshot to even the yellow bridge at the very end of the screenshot, that is how much effort Naughty Dog puts into their games.

To say that PS3 fans are anything but anxious about the Last of Us would be a massive understatement, the game will without a doubt be the greatest experience for fans of Naughty Dog and something new from Uncharted and the Jak And Daxter series. While a release date is still the million dollar question I hope that the game will see a Q4 2012 / Q1 2013 release date, But unlike the Last Guardian or Final Fantasy Versus XIII this is one game that's definitely not going to go under the radar anytime soon.