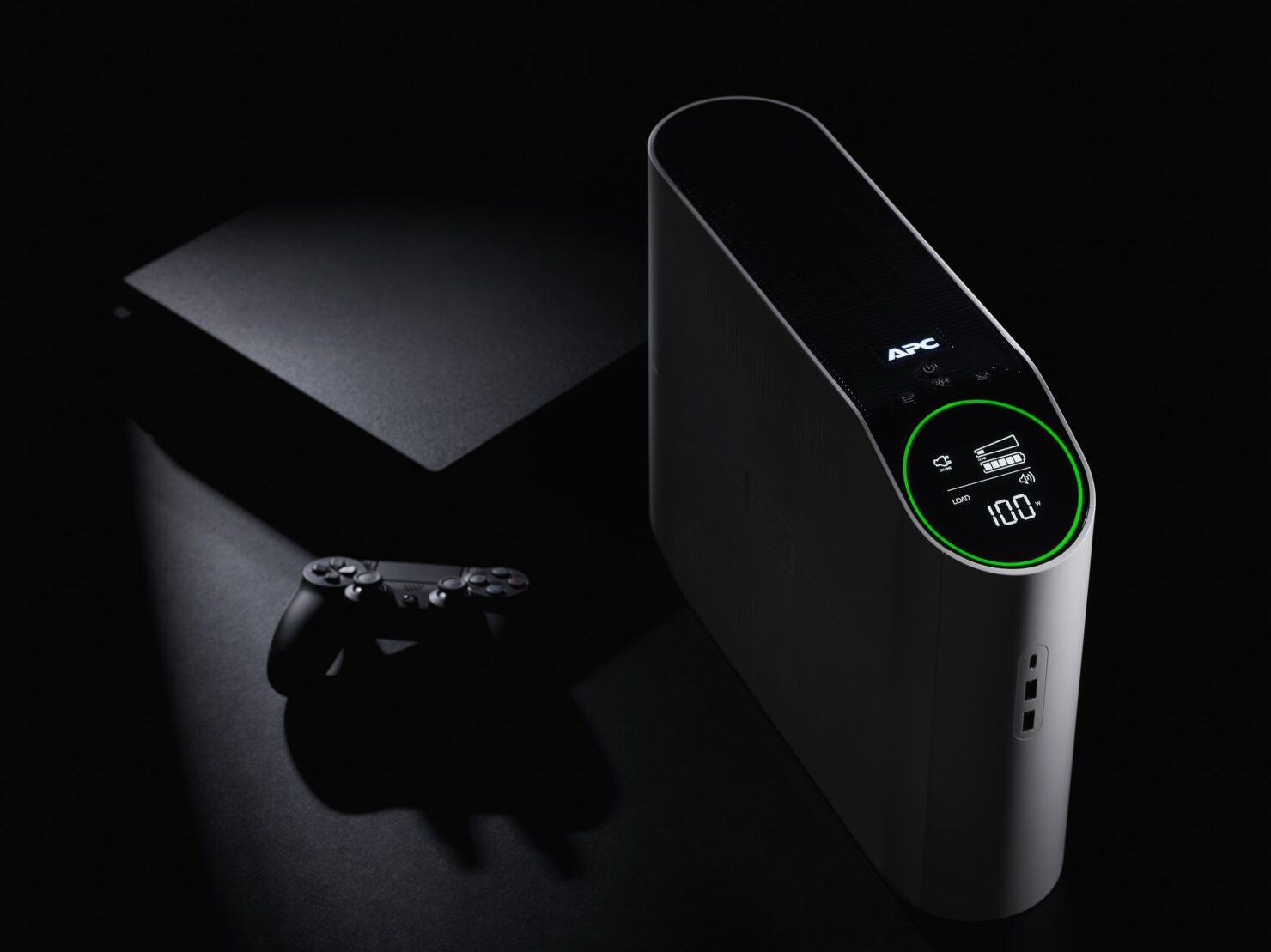 With the new generation of consoles about to launch in less than two months, it's time for gamers to consider upgrading their setups for the next half decade of gaming. A 4K television, headphones or speakers, internet router, and the right controller are all important parts of any gaming setup but what about what's keeping them all running? Schneider Electric has unveiled their first uninterruptible power supply (UPS) designed specifically for gaming and it could be the keystone keeping your brand new PlayStation 5 or Xbox Series X from an early demise if you live somewhere with less than perfect electrical service: the APC Back-UPS™ Pro Gaming UPS.

We've all been there: you're about to save your game when suddenly the power flickers out for a brief moment and kicks your television and console off. Maybe the game failed to save, or even worse, was shut off midway through saving your game and got corrupted. While a UPS isn't often something gamers think about for their ideal home setup, Schneider Electric has made their new Pro Gaming UPS something to put on the shopping list for next gen.

As gamers invest more in their equipment and spend more time winning games, protecting both is critical. Gamers are protected with Sine wave battery backup power and AVR (Automatic Voltage Regulator) that delivers the smoother electrical current required by sensitive electronics protecting against power irregularities and resulting glitches during an outage. Adding the APC Back-UPS™ Pro Gaming UPS to their systems allows gamers to be confident they will remain:

Adding in RGB lighting into your product is pretty trendy with gamer-branded electronics but this is one instance where Schneider Electric has the tech to back it up. No more getting kicked out of a match because your router and console blinked during a millisecond power surge. Peace of mind about not losing hours of progress in Mass Effect Remastered just because you didn't make a manual save when the power flickered is well worth the cost of the new APC Back-UPS Pro Gaming UPS.

I've admittedly lost two hard drives on my PlayStation 4 Pro due to power outages while the console was in Sleep Mode. That $200 investment to pick up replacement SSHD's alone makes the APC Back-UPS Pro Gaming worth installing in my home office.

The APC Back-UPS Pro Gaming UPS from Schneider Electric will be available for pre-order on Amazon, Newegg, B&H Photo, Best Buy and Micro Center and will retail for $259.99 when it launches on October 21st.