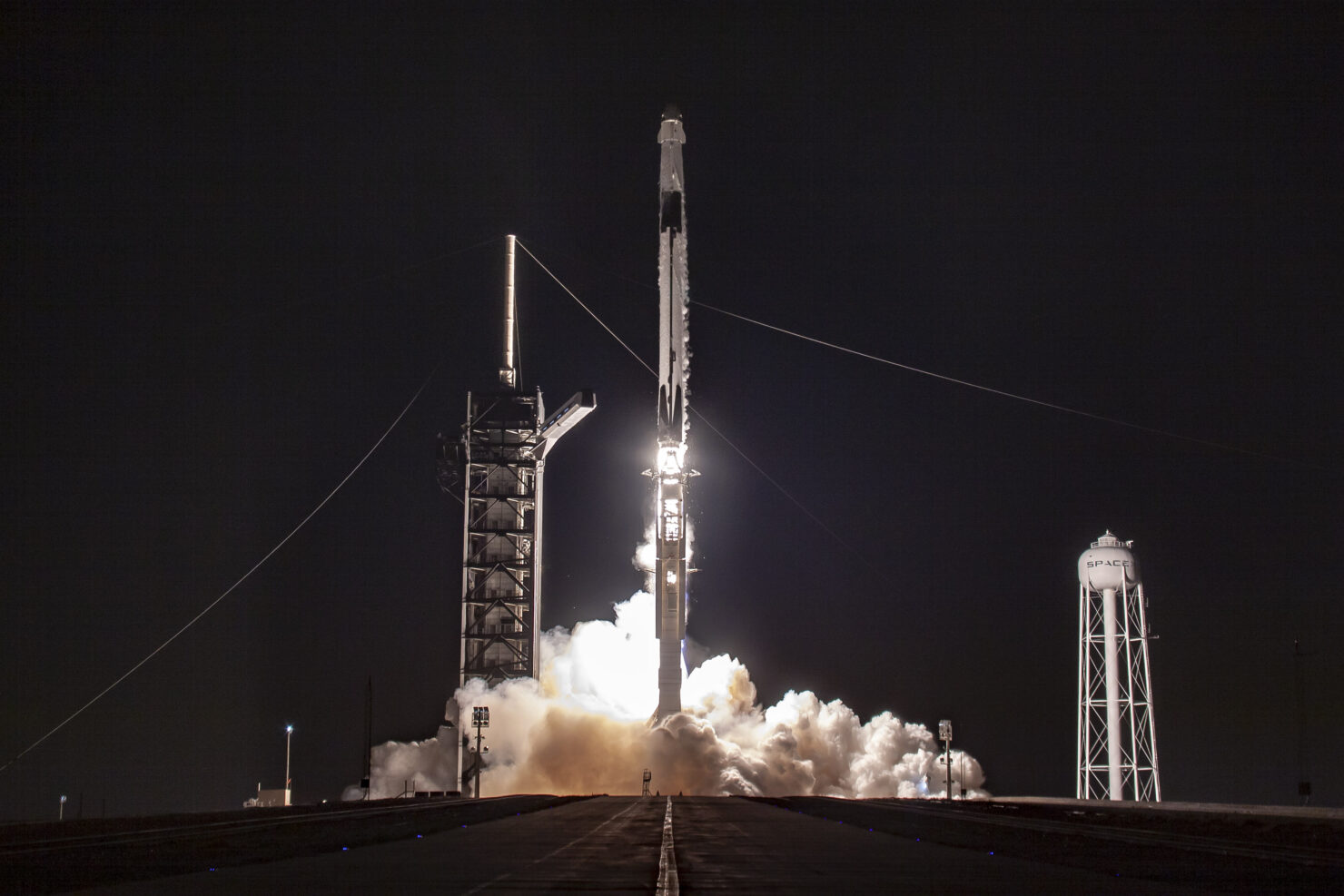 The SpaceX Falcon 9 as it lifts to the skies. Image: SpaceX

Amazon's subsidiary Kuiper Systems believes that Space Exploration Technologies Corp. (SpaceX) has shared misleading data as part of its attempts to convince the Federal Communications Commission (FCC) on the merits of its pending third Starlink modification. Amazon insinuates this in its latest filing with the Commission. It argues that SpaceX's latest modification should be relegated to a later processing round - a claim that the company has been making ever since SpaceX requested the FCC to approve its latest proposed system changes.

The filing uses previous arguments from Amazon to try to convince the FCC that SpaceX's third modification will create significant interference with Amazon's upcoming Kuiper satellite-based internet network. Like Starlink, Kuiper will also use satellites in the Low Earth Orbit (LEO) to bring the internet to consumers and connect its user terminals to internet servers via separate ground stations.

Amazon's previous arguments have revolved around new ground station parameters, the number of satellites in view of ground stations and lower satellite altitudes listed in the Third Modification. These, the company believes will increase interference to its internet users and create interference with SpaceX's users simultaneously.

One central claim made by Amazon as part of its opposition to Starlink outlined that as part of the modification, SpaceX will change its satellite antenna design. This will result in different PFD (power, flux and density) maps for the satellites, and Amazon believes that these maps will make it difficult to operate in geographic proximity to SpaceX's ground stations.

SpaceX, for its part,  had submitted these contours to the FCC highlighting that the new modification does not increase the PFD impact of its satellites. 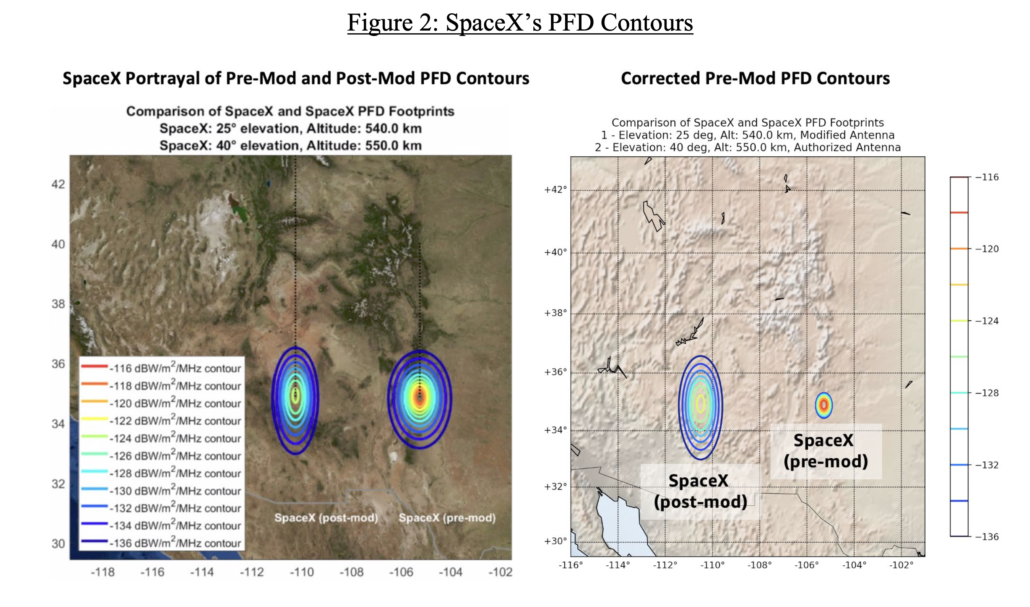 Amazon now argues that the contours SpaceX submitted for its pre-modification antenna design are similar to those present if the modification request is granted. These contours are significantly larger than the ones present pre-modification, and to make its point, Amazon also submits ''corrected'' contours as shown on the right in the image above.

SpaceX has instead obfuscated the impacts of its antenna redesign by portraying its currently authorized antenna patterns and power flux-density contours using its proposed modified antenna.

Other arguments presented by the company to convince the FCC to relegate the Starlink third modification to the 2020 processing round are similar to those submitted earlier. For instance, SpaceX has already responded to Amazon's claim that the modification increases interference to Kuiper is incorrect since SpaceX's calculations show that interference to the Kuiper system will drop by 47% if the Third Modification is granted.

In addition to experiencing opposition from Amazon, SpaceX also fends off claims from multi-video data distribution service (MVDDS) providers and DISH Corporation in separate FCC proceedings. The former had initially petitioned the Commission to strip satellite internet companies of their access to the 12GHz spectrum since MVDDS and satellite services were incompatible.

On the other hand, DISH believes that the third modification will create interference with its user panels if SpaceX uses different operating parameters than the ones it has shared with the FCC. Unless SpaceX addresses DISH's concerns of using multiple frequency beams, its Starlink authorization should be modified to prevent it from using multiple beams believes DISH.

Both the parties' claims are pending before the regulatory body as it tries to determine a set of rules for the 12GHz band which satisfy the interest of all parties involved.