SAPPHIRE Shows Off Graphics Cards And More At Computex 2019 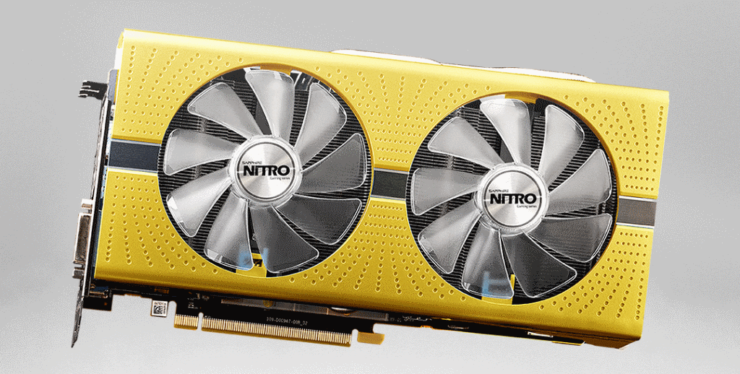 We are just a few days away from Computex 2019 kicking off and already have gotten news pushed out from the guys over at SAPPHIRE and they've got a fair bit going on this year to show off. We're going to take a quick stroll through what they have to show but will likely dig in a bit deeper once our on-site team arrives to really go to town.

Something of note as we go into the graphics cards portion of the announcement is that SAPPHIRE will be showing off their new version of their own TriXX software for overclocking and tweaking your graphics card.  TriXX is a software utility very similar to GPU Tweak from ASUS or the most commonly known tweaking software MSI Afterburner.  We've taken a look at SAPPHIRE TriXX in the past to see how overclocking and undervolting went and found it to be a very solid option for those looking to overclock their SAPPHIRE cards. 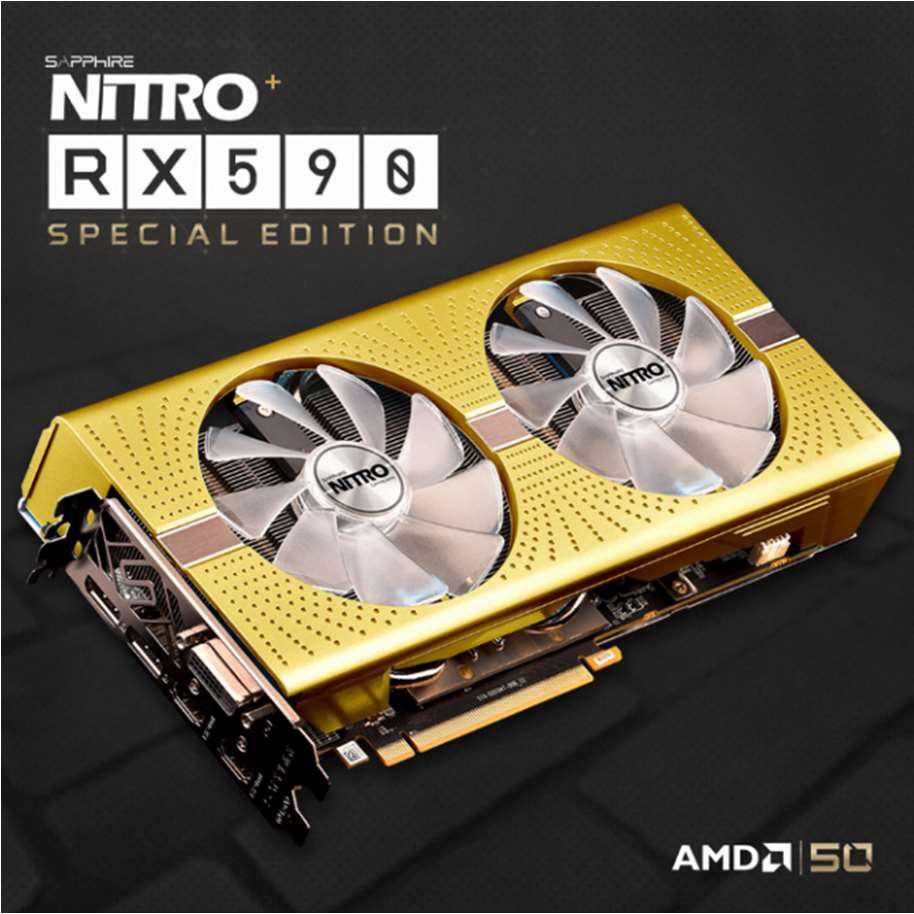 At Computex 2019 SAPPHIRE  will be displaying their latest 50th Anniversary Gold Edition Nitro+ Radeon RX 590 in a demo system that will be powering that new TriXX software.  What this means for Navi we're not sure as there is no mention of it in the press release, which isn't surprising as they surely wouldn't be the source of any leaked information.

SAPPHIRE will be still pushing their Pulse line as well that offers great performance all around while saving buyers a little bit of change.

But the one that might put a few people on edge had this been a year ago is their continuation into the Blockchain world.  A while back SAPPHIRE introduced their blockchain focused RX 570 with a massive 16GB of GDDR5 for GRIN coin miners.  They will be showing off their 16-8 Compute System featuring 8 of these GPUs in a single system.  The cards will be available for standalone purchases directly from SAPPHIRE and they're banking on the 16GB of GDDR5 and their Quick Connect fan technology will make them enticing, especially from a maintenance point of view.

External graphics through Thunderbolt 3 aren't going away anytime soon and SAPPHIRE is looking to bring some more recognition to their like with their eGFX Expansion Chassis the GearBox.  Featuring Thunderbolt 3 support and the ability to power up to a 300w full-length video card as well as laptop charging (up to 60w) the GearBox has the ability to let you really stretch out your laptop. It is an Apple recommended eGFX solution so that's one less thing to worry about for those Apple owners out there looking to create an interesting docking station. 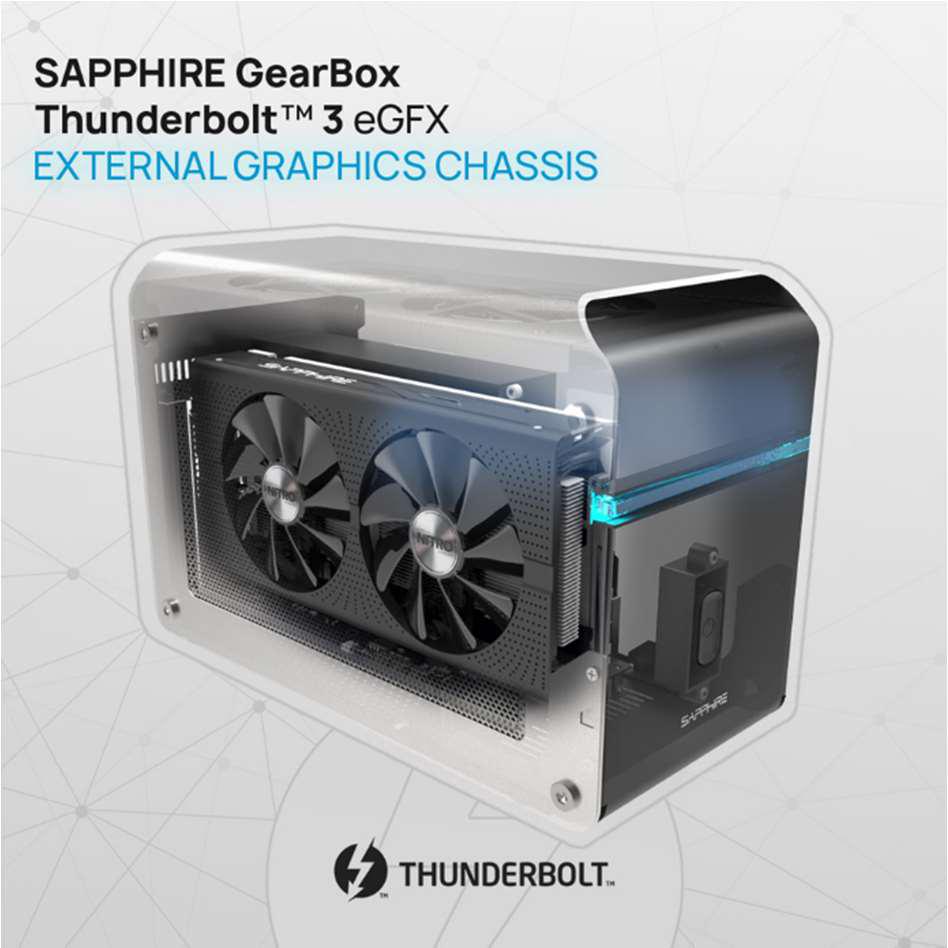 Often from the typical consumer standpoint, we forget that SAPPHIRE targets the embedded and commercial segments fairly hard.  At Computex 2019 SAPPHIRE will be showing off systems that feature support for the AMD Ryzen Embedded R1000 SoC with Radeon Vega 3 graphics with their SAPPHIRE FS-FP5R 5x5 and IPC-FP5R Mini-ITX Embedded platforms.  These systems are typically used for medical imaging, digital signage, and taking your money at slot machines for those who frequent the fabulous Las Vegas. 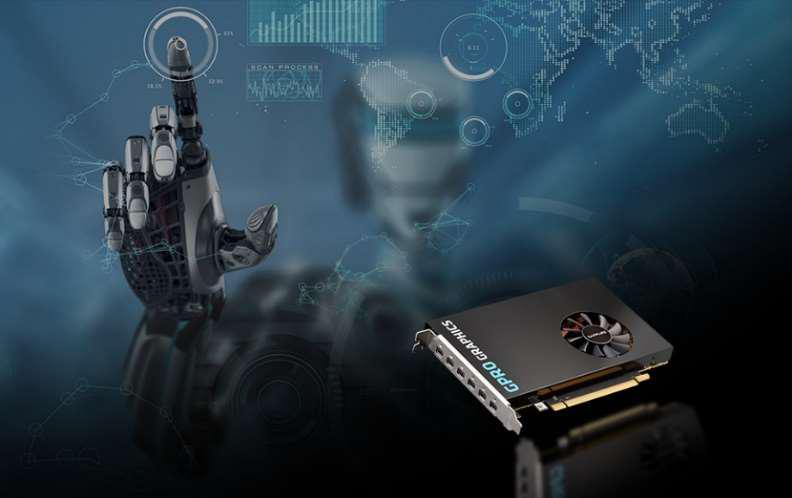 Consumer Gaming Graphics aren't the only thing SAPPHIRE is chasing in the market, Professional Graphics applications are big money and a big focus.  During Computex SAPPHIRE will be showing off a system with its Multi-Display Flexibility like what a Dome Theater would take advantage of.  They will also have a GPRO E8870 4G Six screen demo that supports up to 6x4K displays at the same time to render out a single high-resolution picture.

The news is starting to roll in for Computex and we'll be keeping the ball on the move.  Make sure you're checking back often for up to the minute coverage, live and on-site thanks to our globetrotting team.