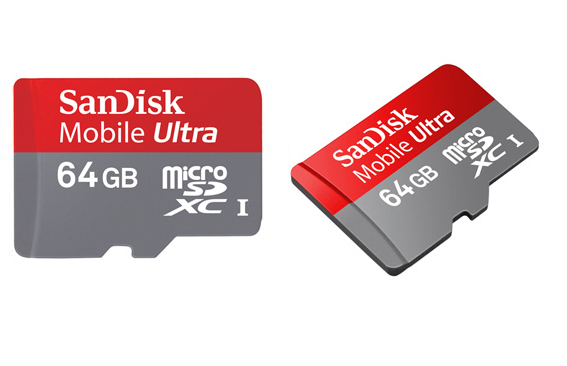 Most smartphones today with the exception of the iPhone have micro SD card slots for added memory and as of now, if you want alot of space, the maximum you can go for is a 32GB Micro SD card for your phone. While thats good enough for most people, memory needs grow day by day and SanDisk has responded with the launch of the world's first 64GB micro SD card priced at $220.

While you can get a Class 4-6 32GB SD card from somewhere around $50, double that space is going to cost you nearly 4 times as much. At this point, the case of the Sd card is the same as that of the Solid State drive. It maybe far too expensive for most people, but its good to see technology is improving and in sometime these cards will become affordable which benefits us smartphone users greatly.

One thing to keep in mind though is that even if you can afford this Sd card, you can't use it for two reasons, firstly its not SDHC but SDXC and secondly smartphones won't recognize a card larger than 32GB. But as we know the smartphone industry is going very quickly, I'm sure within a year we'll have phones that can support 64GB Micro SD SDXC cards and hopefully by that time these cards will become cheaper too.