Despite the fact that Samsung’s flagship tag team comprising of Galaxy S6 and Galaxy S6 Edge feature an embellished design and earth shattering performance numbers, sadly those two perks aren’t enough to save the South Korean tech giant’s decorated offerings from a list of issues. Earlier, it was reported that a small percentage of Galaxy S6 users were suffering from a camera flash issue. According to a forum user, it was revealed that Samsung would be releasing a fix in the near future to address that particular issue. Now, it appears that one more problem has sprouted up from the company’s garden, only this time, it concerns the aggressive memory management of both Galaxy S6 and Galaxy S6 Edge. 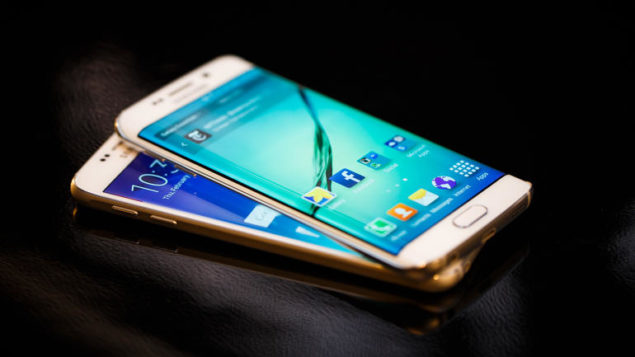 From the archives of XDA Developers, comes the cries of an abounding number of Galaxy S6 and Galaxy S6 Edge owners, who have spent a ridiculous amount of money in getting their hands on one of the most attractive handsets of 2015. Coming back to the issue at hand, users are being plagued with memory management issues, where they find that their vacant memory is quickly being used up by applications, leading to sporadic app crashes, along with the ever-irritating ‘low memory’ warnings. Keep in mind that both Galaxy S6 and Galaxy S6 Edge are equipped with 3 GB of LPDDR4 high speed RAM.

According to the thread details, several users started complaining that they only had between 200-400 megabytes of RAM remaining after they opened a handful of other applications. While Android’s platform behaves far differently from what users have experienced from Windows’ operating systems in terms of memory consumption; that consumption part is a bit on the high side. Samsung has come a long way in reducing the ‘system resource hungry’ characteristic of its TouchWiz interface, so our guess is that the core problem lies in Google’s Lollipop 5.0 platform.

Despite delivering a ton of features, Lollipop 5.0 is still being plagued by the memory leak issue, which is expected to be removed once Google officially announces the next Lollipop update for Galaxy S6 and Galaxy S6 Edge. So far, Samsung has not commented on the issue at hand, but consumers are expecting that the company will be doing everything in its grasp to roll out a fix in the foreseeable future.

After all, spending $599 on an off-contract Galaxy S6 and $699 on a Galaxy S6 Edge is not considered to be a thrifty purchase.