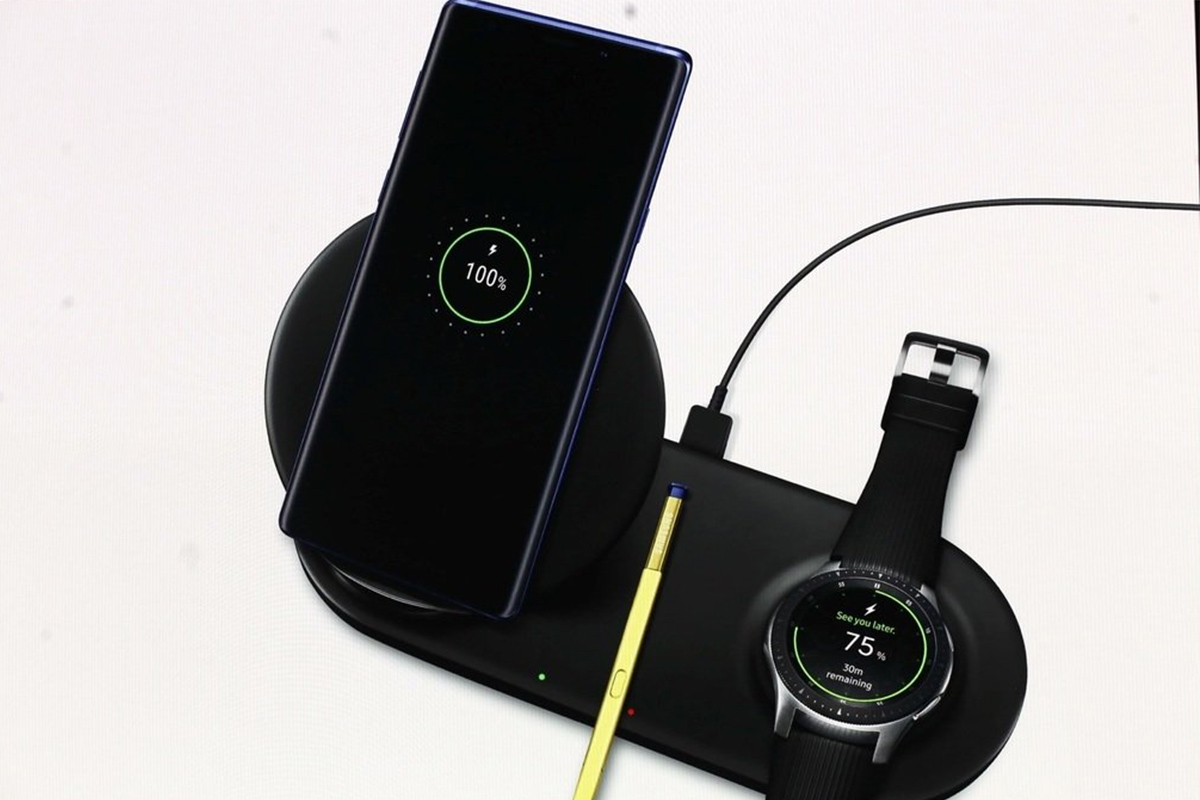 Before Apple could commercialize its wireless charger that could charge multiple devices at one, Samsung has introduced its new Wireless Charger Duo, a charging pad which can charge two devices at the same time.

Apple had hinted that its wireless charger would be able to charge 3 devices, so Samsung is a step below its proposed charging pad, though it beat its biggest rival in the smartphone industry in introducing an advanced accessory first. There is a circular stand on one side to rest the smartphone on and the other side is flat to enable users to a lay another phone or a smartphone on it. Luckily, fast charging is also supported by the Wireless Charger Duo.

This isn’t the first dual-charger from Samsung, however (image courtesy of Engadget). The Dual Wireless Charging Tray it released last year was capable of doing the same, but it was just a flat charging pad. With the latest accessory, you can prop up your phone and see the screen for important notifications and updates while the phone is being topped up.

As for Apple’s AirPower wireless charging pad, it will be able to charge three devices simultaneously, such as iPhones, AirPods, and the Apple Watch. The device will be capable of detecting the position of each device and accurately supply the correct amount of power. According to some rumours, the AirPower charging mat will debut alongside the 2018 iPhone lineup in September.

Apple announced the AirPower accessory last September and has kept mum about it status since then. For now, you can purchase this Samsung charger down the road to top up two Apple devices at the same time. If you are an Android user, you can charge your smartphone and smartwatch with the Qi-supported Wireless Charger Duo.

The Wireless Charger Duo was announced at its Unpacked event in the New York City today where is also unveiled the Galaxy Note 9 and Galaxy Watch. Details are not available about pricing and availability yet, but we’ll keep you in the loop on what’s to come.