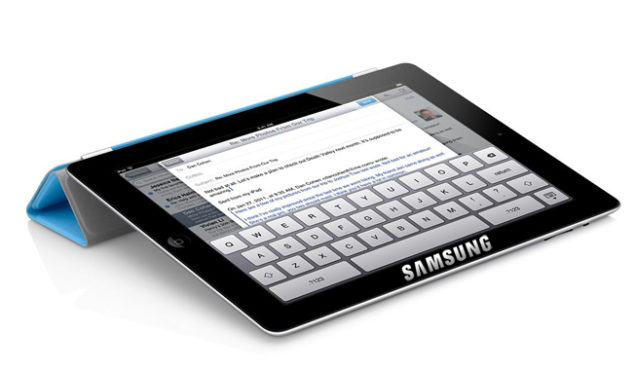 According to BGR, Samsung is all set to release a new tablet running Android 4.0 in the upcoming Mobile World Conference in Feb 2012. The yet-to-be-named tablet will have a 11.1" screen which is larger than the current 10.1" in the Galaxy Tab. However due to the thin bezel it will have exactly the same dimensions as the Galaxy Tab 10.1. However the star of the show is not the size, but the resolution of the screen. It is reported that 2560x1600 will be the resolution of this tablet. If Samsung manages to release this in Fab 2012, then it will be the world's first tablet that supports a Retina level of resolution.The tablet will use a dual-core Exynos 5250 CPU clocked at 2GHz. It will also feature Android Beam for easy syncing of media with a Galaxy Nexus, and a special wireless docking mode for gaming on HDTVs. The dual-core Exynos is reported to be on the same performance level as Apple's A6 CPU. If you're on the lookout for a spanking new tablet, then set your clock for 3 months from now. Can Apple fight back with the iPad 3? Only time will tell.