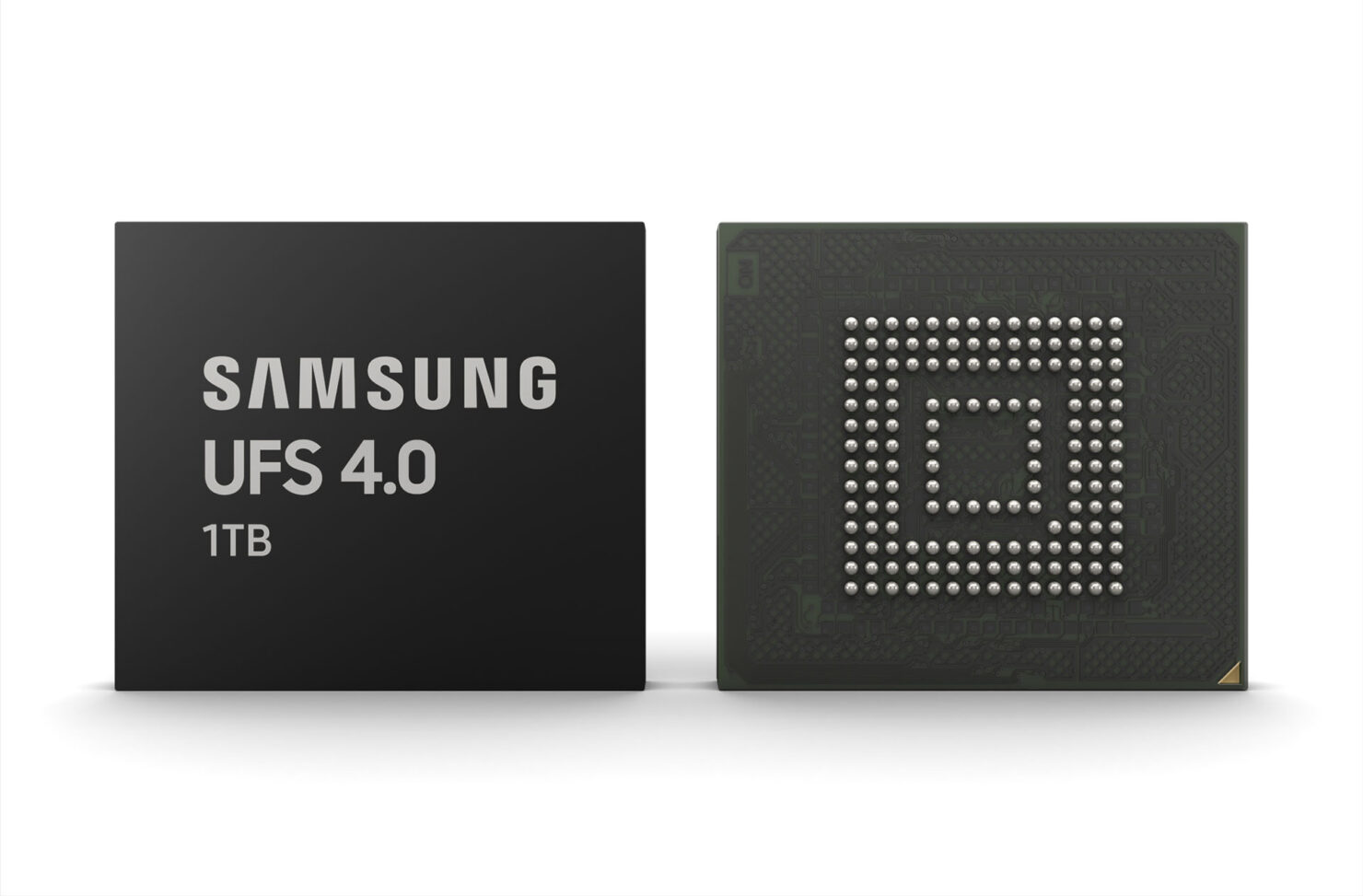 Samsung has decided to push the boundaries of internal storage that will be used in future products with the unveiling of the UFS 4.0 standard. It brings notable improvements over the current-generation UFS 3.1 standard, so let us discuss those in more detail.

Samsung’s UFS 4.0 storage uses the Korean manufacturer’s Gen 7 V-NAND flash memory and paired with the company’s proprietary controller, the new standard can achieve sequential read speeds of up to 4,200MB/s. Those read speeds are higher than what the PCIe NVMe 3.0 standard can achieve, and on top of that, UFS 4.0 can deliver sequential write speeds of up to 2,800MB/s.

The UFS 4.0 standard is also more efficient, with Samsung claiming a 46 percent improvement in power savings when it comes to sequential read speeds compared to the previous generation. Additionally. UFS 4.0 ups the total bandwidth to 23.2Gbps per lane, doubling the maximum limit of UFS 3.1. According to Samsung, this increase in bandwidth will be beneficial for a variety of applications, as stated below.

“UFS 4.0 offers a speed of up to 23.2Gbps per lane, double that of the previous UFS 3.1. That much bandwidth is perfect for 5G smartphones requiring huge amounts of data processing, and is also expected to be adopted in future automotive applications, AR, and VR as well.”

The new standard can be configured up to 1TB of internal storage, which suggests that more and more smartphones can make use of this technology. Since Samsung’s UFS 4.0 flash memory will undergo mass production in the third quarter of this year, it is highly likely that none of the flagships arriving later this year will support the new standard. However, when the Galaxy S23 lineup launches in 2023, along with other handsets, we will see the new storage in action.

The faster speeds of UFS 4.0 will also allow apps to become more responsive and open up significantly faster, perhaps even matching the NVMe storage that Apple uses in iPhones. Samsung has not mentioned if the new storage will be more expensive to mass produce than UFS 3.1, but we will find out in the future, and update our readers accordingly, so stay tuned.