It seems like Sony is already gearing up to make sure that the PlayStation brand keep on leading the charts in 2015 as well. The Japanese giant is planning to push its Gaikai-based video game streaming service further into the market by joining forces with Samsung to implant PlayStation Now into a new lineup of the rival electronics giant’s smart TVs coming out next year. This means gamers will know be able to play a selection of the available PlayStation 3 games on their new Samsung smart TVs without having an actual physical PlayStation console. 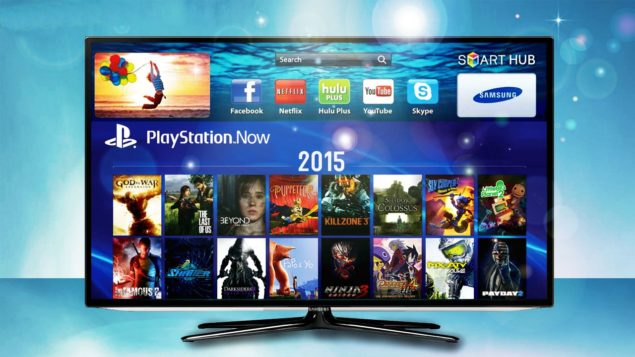 You don’t need to worry about buying a smart TV manufactured by Samsung next year and not being able to take advantage of Sony’s video game streaming service that was launched this year. According to the latest word, Sony has decided to partner up with its rival electronics giant to spread PlayStation Now’s offerings further more by tucking it into Samsung’s latest Internet-connected TVs that will start shipping in the first half of next year. All that players will need to pay for is a DualShock 4 controller and a subscription to play PlayStation games on new smart TVs without paying for an entire PlayStation living-room video game console.

According to the press release, the PlayStation Now streaming service will be available on Samsung TVs as an app that would be accessible via the Smart Hub. Offering up to 200 PlayStation 3 video games for streaming, the service will support complete functionality, including important things like the ability to score in-game trophies, online multiplayer gaming with friends, and cloud space to save game progress. There is no info yet on whether or not there will be any difference in the cost that Sony is currently charging to rent games in one of the four available time-frames. Yongchan Kim, vice president at Samsung Electronics, said:

"PlayStation Now provides a new dimension to Samsung Smart TVs that consumers have been looking for – blockbuster PS3 games accessed through an intuitive interface that makes it easy to discover and play great gaming experiences. We are excited to collaborate with PlayStation to deliver even more entertainment value to our Smart TV platform."

For those of you who aren’t aware of the current state of PlayStation Now; Sony’s game streaming service is currently in its beta stage and it offers around 200 PlayStation 3 titles to stream and play directly on either one of the PlayStation 4, PlayStation 3 and PlayStation Vita consoles or supported Bravia TVs. Sony is also planning to add PlayStation 2 and latest next-gen PlayStation 4 games in the library. You will need at least 5mbps Internet connection to bag an immersive and smooth gaming experience. Talking about the new partnership, Sony Computer Entertainment’s executive vice president Masayasu Ito said:

"Since we first introduced PlayStation Now at CES 2014, our vision has been to open the world of PlayStation to the masses by offering the service on the devices they use every day. Partnering with Samsung is a key step toward realizing this vision, as we can reach a broader audience of consumers who may not own a PlayStation console to show them why gaming with PlayStation is such a unique and amazing experience." 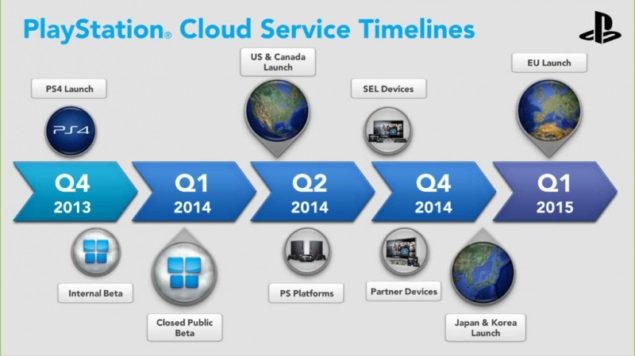 Those who have plans to attend Consumer Electronics Show 2015, which is scheduled to take place in Las Vegas from January 6-9, will be able to stop by Samsung’s booth to have a hands-on experience with PlayStation Now running on Samsung smart TVs. The complete list of the PlayStation 3 games available on the service right now is here.