Ookla (of the Speedtest.net fame) just published a report detailing global LTE and 5G network speeds. The test pit flagships such as the Samsung Galaxy S10, Apple iPhone Xs, and Huawei Mate 20 Pro against each other to determine which one is the fastest. All devices were tested in Australia, Brazil, Canada, China, France, Germany, India, Italy, Japan, Nigeria, Russia, South Africa, South Korea, the United Kingdom, and the United States.

A device's performance is dependant on a lot of factors such as geography, cell site, and population density, the amount of wireless spectrum deployed and the overall capabilities of user equipment in the market. Let's take a look at how they fared. 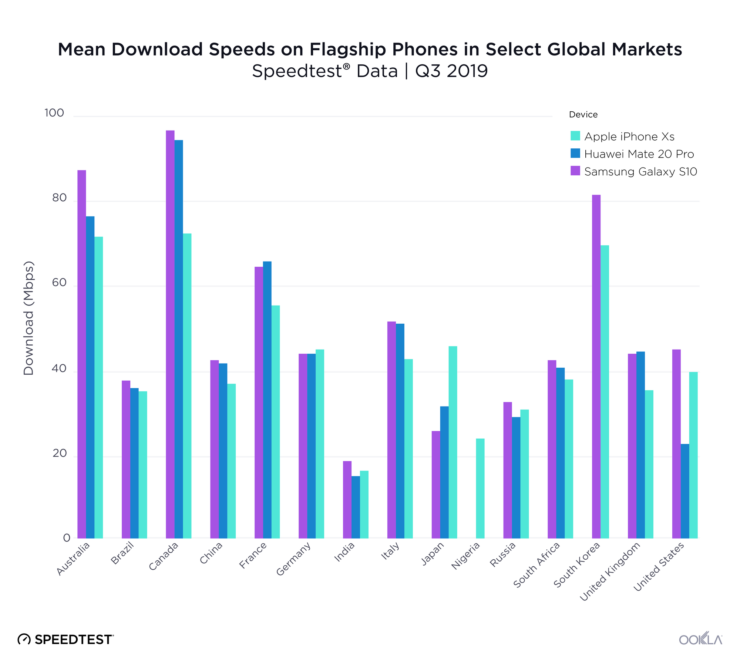 Samsung Galaxy S10 is the fastest on 5G as well 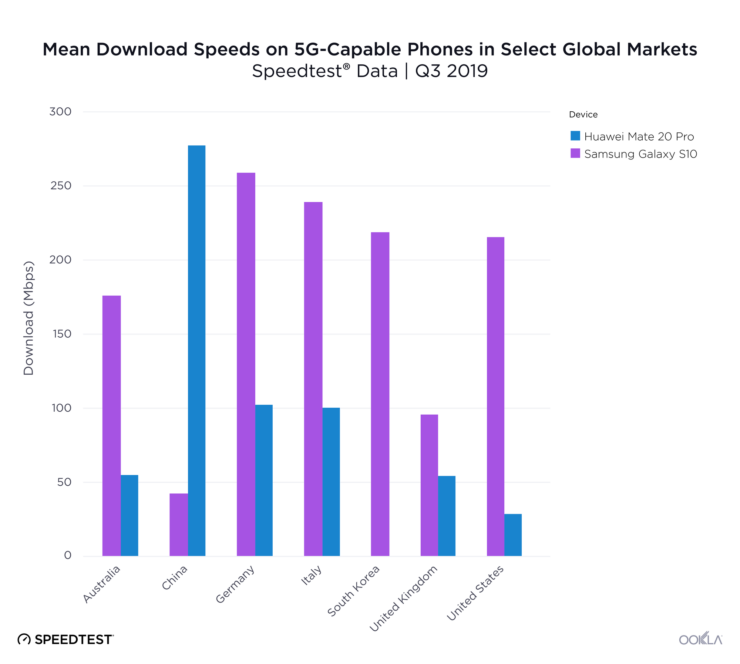 Unlike LTE, 5G is relatively new and is available only in a few markets. Furthermore, there are only a handful of 5G-ready devices. So it isn't surprising that the Samsung Galaxy S10 beat its only competitor—the Huawei Mate 20 Pro—in most markets (except China for obvious reasons.) Both the Samsung Galaxy S10 5G and the Huawei Mate 20 X 5G were capable of hitting 200 Mbps on average.

There are even more factors at play here. 5G is very finicky and highly dependant on the topography of the test site. Even small obstacles such as a street sign, billboard or vehicles can severely impact performance. Furthermore, the Samsung Galaxy S10 5G models sold in the U.S. and China are powered by a Snapdragon X50 5G modem, while other 5G markets receive the variant powered by Samsung's in-house Exynos 5100 5G modem.

One would expect to see newer devices such as the Huawei Mate 30 and iPhone 11 series on the list. The only possible reason I can think why Ookla left them out is due to their non-availability in some of the test markets. It is rather unfair to compare a 2019 flagship with 2018 devices, so it's best if we take these results with a grain of salt.