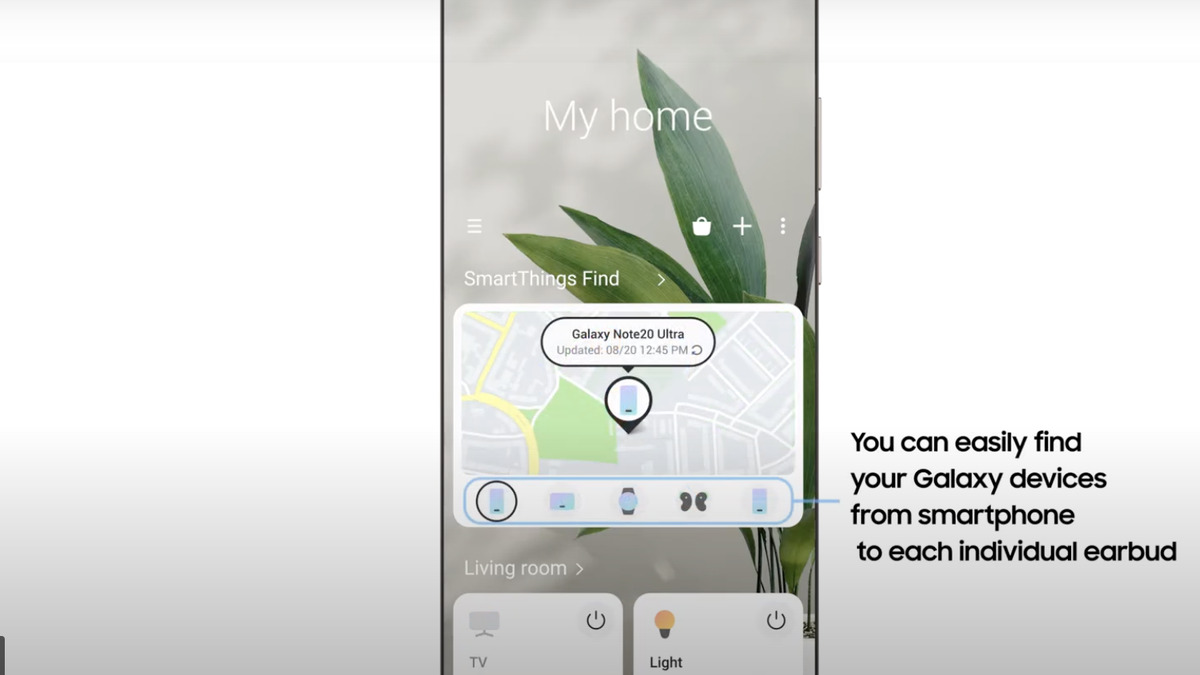 Losing your devices is never a fun thing, to be honest. Especially if you have spent a lot of money on it only to lose it for one reason or another. That is why today, Samsung has announced the launch of SmartThings Find. A new services that use the ultra-wideband tech and Bluetooth Low Energy tech to quickly locate your misplaced Galaxy phone, smartwatches, earbuds, or your tablets.

SmartThings Find has been under the beta testing for some time now, and according to Samsung, nearly six million people have tried it out in places like the U.S. U.K. and Korea, and now Samsung is launching the service globally.

Of course, the users will need to download the add-on, and additionally, you will also need to go through a small registration process, and after that, you will be able to locate your Galaxy devices, which is fun because SmartThings Find can help you find even an individual earbud.

This is how the feature works.

SmartThings Find also uses an augmented reality-based Search Nearby function that displays the colour graphics that increase in intensity as you are getting closer to your device. it can even locate offline devices. Once the device has been offline for 30 minutes, it is going to produce a BLE signal that can be received by other Galaxy devices. If you go ahead and report your device as lost via the SmartThings Find, any nearby Galaxy phone or tablet that has opted to help find misplaced devices will be able to let Samsung server know about the location.

At the time of writing, the SmartThings Find is available on all Galaxy phones and tablet running Android 8 or later, and Galaxy Watch devices running Tizen 5.5. The service will work with the Galaxy Buds Plus, Galaxy Buds Live, but the original Galaxy Buds are not supported. As for the UWB-assisted tracking, that feature is only limited to the Galaxy Note 20 and Z Fold 2 devices, as others don't support this tech.

Being a Samsung user, and someone who is tied into the ecosystem, I believe this feature is going to make life easier, especially for the clumsier ones who keep losing their Galaxy Buds or their Galaxy Watch.