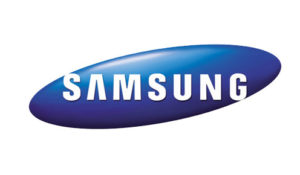 Samsung is known as one of the most famous and largest mobile phone providers in the world. In the past 2 years, Samsung has improved a lot, thanks to phones like Samsung Galaxy S and Samsung Wave. Samsung recently announced the Samsung Galaxy S II which is their first ever dual-core phone and successor to the famous Galaxy S. Galaxy S II is a great phone and I am sure when it will be out, it will be a strong challenge for all the other mobile phone companies. But Samsung has something even better up their sleeves. According to Chinese Search provider Daum, Samsung said that:

“We are planning to release a 2Ghz dual core CPU-equipped smartphone by next year. This product will have the data processing capacities of a regular PC.”

Well, that sounds good. There is no doubt in it that the time will come when smartphones will be powerful like PC and notebooks, but I am pretty sure that they will never replace it. 2 GHz sounds good but with speed, users also want some good battery life. If the 2 GHz phone can easily pass one day without charging, then I am sure people will love it, otherwise it’s a fail. Samsung is working on that chip, and it will be a success like their Hummingbird processor. Samsung didn’t tell us about the OS it will run, but it’s most likely Android. As Android is leading the smartphone race, and there are already some Android phones running on dual core processor. So there is a possibility that it will run Android.

Do you think that 2 GHz dual-core processor is enough for you?