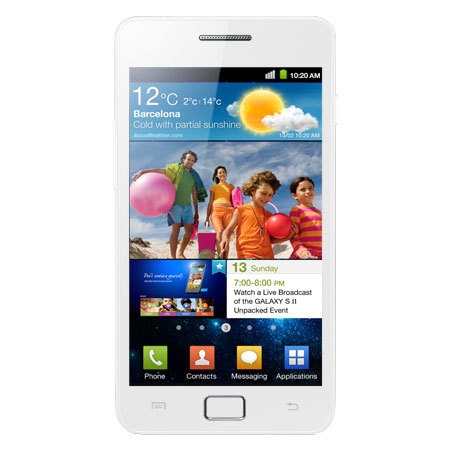 Galaxy SII has been enjoying a lot of success lately so it's no wonder Samsung would want it to appeal it to the largest demographic possible. While the black colored version does look pretty suave some (hint: women) might be turned off by its rather 'serious' looks. So what does Samsung do? Take a 180 on the color spectrum and release a pure white version. While it's not really 'official' but considering Samsung did release a white Nexus S and Galaxy S, there's a very good chance we might see a white Galaxy SII.