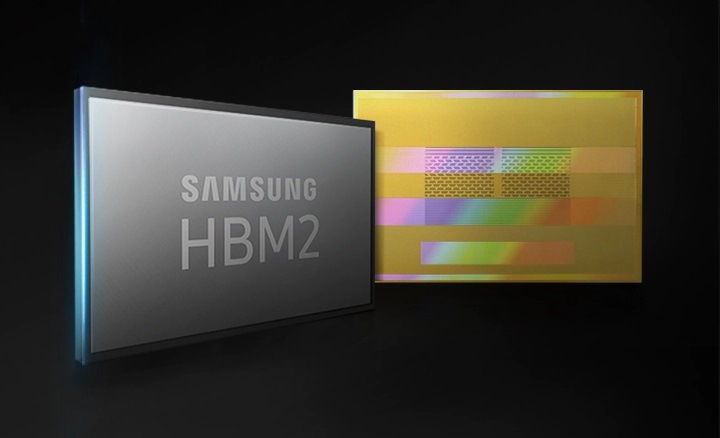 This HBM2E package is then interconnected in a precise arrangement of more than 40,000 ‘through silicon via’ (TSV) micro bumps, with each 16Gb die containing over 5,600 of these microscopic holes. Samsung’s Flashbolt provides a highly reliable data transfer speed of 3.2 gigabits per second (Gbps) by leveraging a proprietary optimized circuit design for signal transmission while offering a memory bandwidth of 410GB/s per stack. Each memory can also stack in up to 12 memory dies, making up for 24 GB of capacity per stack along a 1024-bit bus interface.

Samsung’s HBM2E can also attain a transfer speed of 4.2Gbps, the maximum tested data rate to date, enabling up to a 538GB/s bandwidth per stack in certain future applications. This would represent a 1.75x enhancement over Aquabolt’s 307GB/s.

“With the introduction of the highest performing DRAM available today, we are taking a critical step to enhance our role as the leading innovator in the fast-growing premium memory market,” said Cheol Choi, executive vice president of Memory Sales & Marketing at Samsung Electronics. “Samsung will continue to deliver on its commitment to bring truly differentiated solutions as we reinforce our edge in the global memory marketplace.”

Samsung expects to begin volume production during the first half of this year. The company will continue providing its second-generation Aquabolt lineup while expanding its third-generation Flashbolt offering, and will further strengthen collaborations with ecosystem partners in next-generation systems as it accelerates the transition to HBM solutions throughout the premium memory market. It is highly likely that next-generation datacenter and HPC GPUs from NVIDIA and AMD would feature Samsung's HBM2E memory solution due to its advanced technologies.