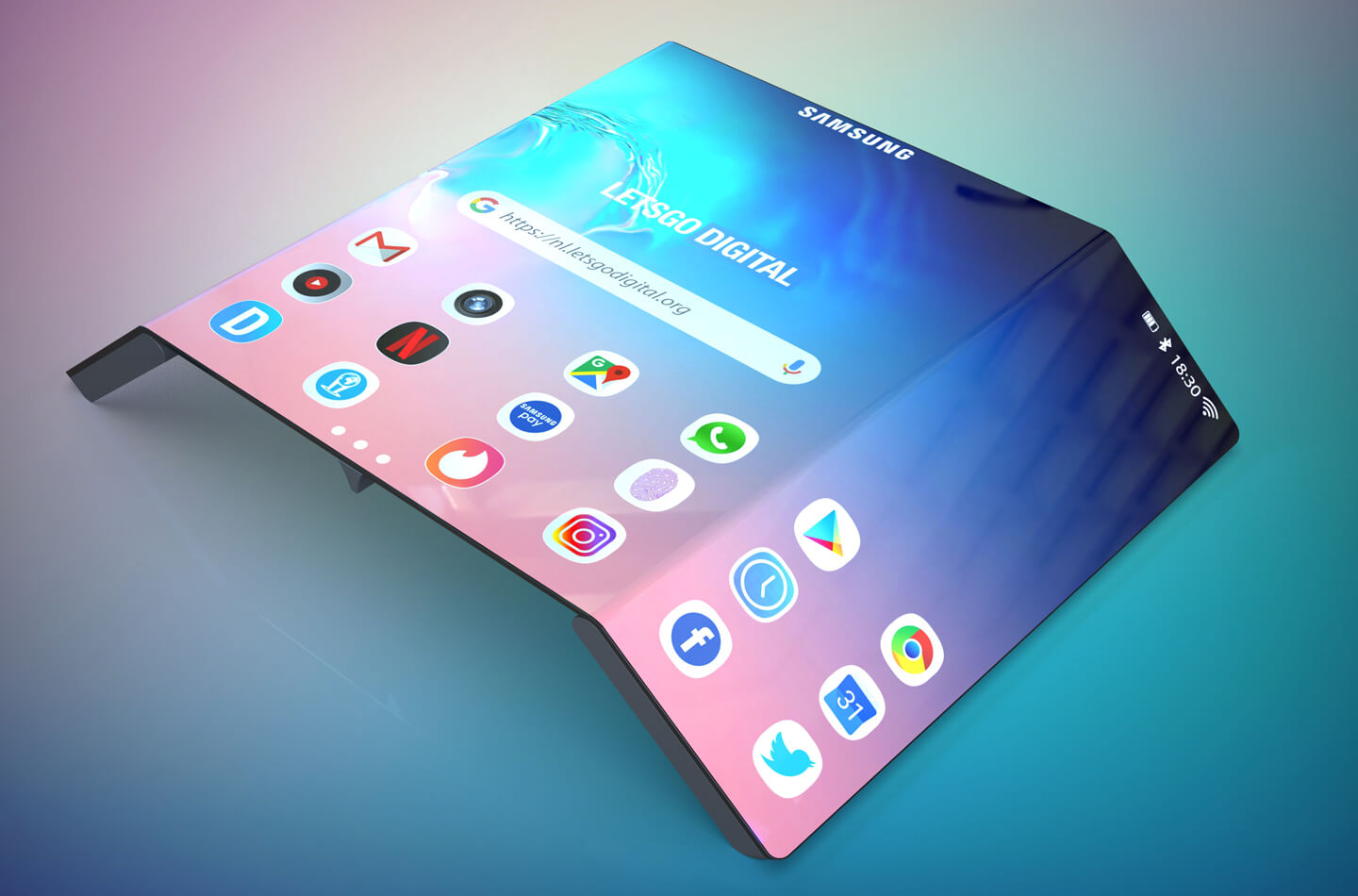 Samsung is more or less the industry leader when it comes to foldable devices, and it seems like that the company is working hard enough to release something new shortly. We have heard about the Galaxy Z Fold Tab that might bring a tri-folding design, but for now, there is some more information on something that might be even more unique than what we thought Samsung was initially focusing on.

Spotted by the renowned LetsGoDigital, Samsung has filed a 52-page document titled "Foldable electronic device including electronic pen." It shows a double-folding phone that consists of three displays. Samsung has also addressed it as a "multi-foldable device" in the patent documentation.

The source shared what the device could look like, which is an interesting design, to say the least. 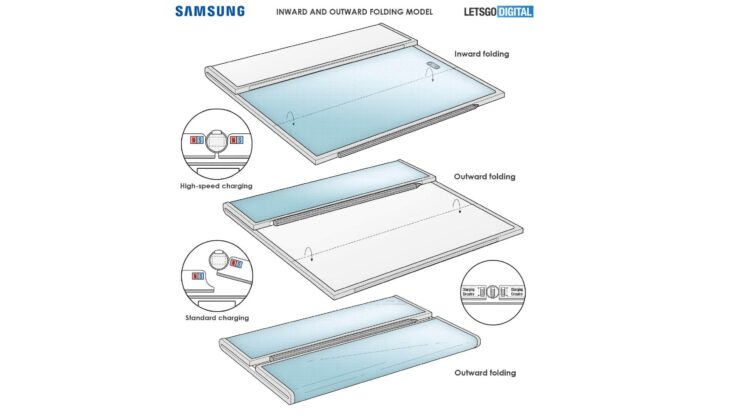 Looking at the design, when the left and right screens of the phones are folded, they lie on top of the center screen, which allows you to open and close the device easily. Samsung is also looking at exploring the possibility of having both outward folding and inward folding designs. Both variants have been shown in the patent images above.

However, we also seem to be getting a magnetic Samsung S-Pen with high-speed charging that you can look at below. 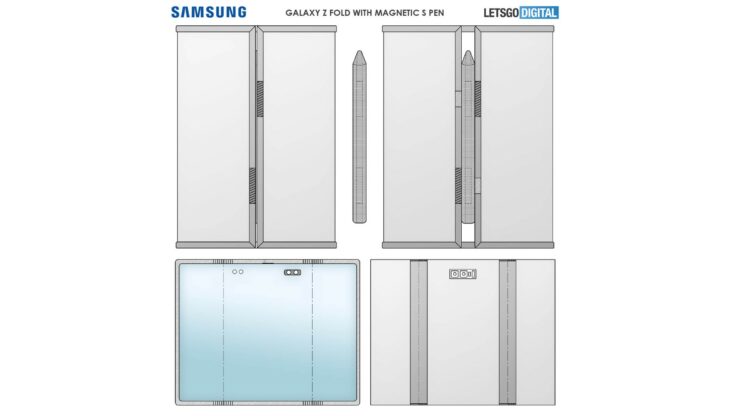 Samsung has also added a magnetic S-Pen for the patented, foldable phone. The stylus will fit in a small recess between the two side folding displays, for starters. The patent also talks about how the moment the S-Pen is in place, it enters a high-speed charging mode, which allows the pen to charge wirelessly.

When the phone is not completely folded, and the S-Pen is still stuck to it, the pen goes into a standard charging mode.

Additionally, the patent also notes that this double-folding Samsung phone will come with two selfie cameras that will be placed within a double punch-hole. You are also getting an in-display fingerprint sensor. Samsung could also bring a piezoelectric speaker that is going to be placed under the flexible screen and a dual-camera system on the back.

The entire concept sounds like an ambitious idea, but at the moment, there is no proof that Samsung will ever bring it to reality. The company might use some parts of the patent application, but it is good to see that Samsung is at the forefront of innovation, and they are planning on not stopping.