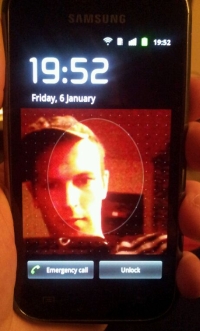 It looks as if Samsung just cannot make up their mind regarding the Ice Cream Sandwich update for Galaxy S. The company previously stated the phone will not taste Ice Cream Sandwich due to hardware limitations. Then because of some well deserved public backlash they decided to release a 'value pack' update that would bring small enhancements and features to Galaxy S. That too was canceled at the last minute. However it looks as if Samsung did indeed tested this value pack because it has just been leaked online.

The pack brings face unlock, enhanced camera performance, image editor from the Galaxy S II, new lockscreen sounds, and improved performance in browser, gallery and gaming. This however is just a leaked ROM and not the final version so expect some bugs. This also in no way proves the Galaxy S will indeed get the official value pack update. For now however feast upon the 'leaked' ROM on sammobile