Samsung has just launched the Galaxy S6 Edge+, and the device comes with all the features of the original Galaxy S6 Edge coupled with a larger screen to boot. Curved screens on a smartphone is something that is truly Samsung's way of taking a stride, with no other manufacturer having implemented the concept in their devices like how the Korean giant has done it. 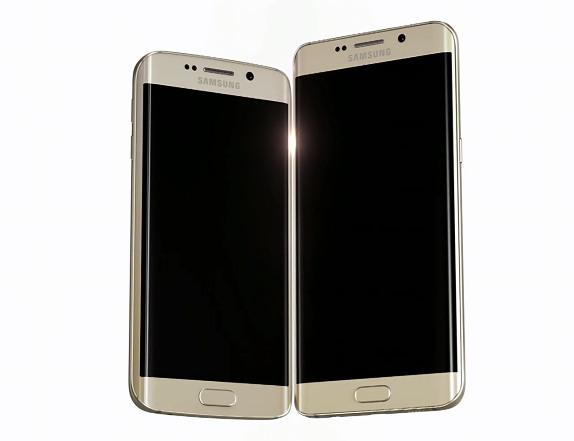 As far as specifications go, both the Samsung Galaxy S6 Edge+ and the Galaxy Note 5 go hand in hand, apart from some obvious differences. Starting from the display, which is one of the S6 Edge+'s major features, Samsung has increased the screen size on its 'Edged' S6 to 5.7-inches this time around, with the same dual edged curved screen as the last time. Resolution for the screen stays at Quad HD and owing to the increased screen size, you'll be getting a pixel density of 518 ppi. 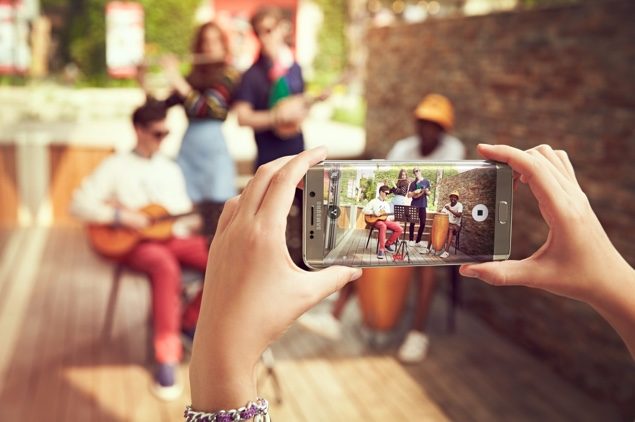 In the design department, we see the same premium metal body for the Galaxy S6 Edge+ as we saw on the original S6 Edge earlier this year. Samsung's latest device in the Galaxy S series comes with similar sharply defined curved given its overall thin form factor and an all metal build. On the left side of the device we get the volume up and down buttons, and nothing changes with the other features either.

Hardware wise, we see Samsung's premium Exynos 7420 SoC being utilized on the Galaxy S6 Edge+ as well. You'll be getting similar performance specifications as found on the Galaxy S6 Edge launched earlier this year, with the Mali-T760MP8 GPU for graphics purposes. RAM gets an upgrade at 4GB of LPDDR4, though we're not the ones to complain. 4GB is sufficient for most mid-end notebooks these days, and should be more than enough for a smartphone as well. 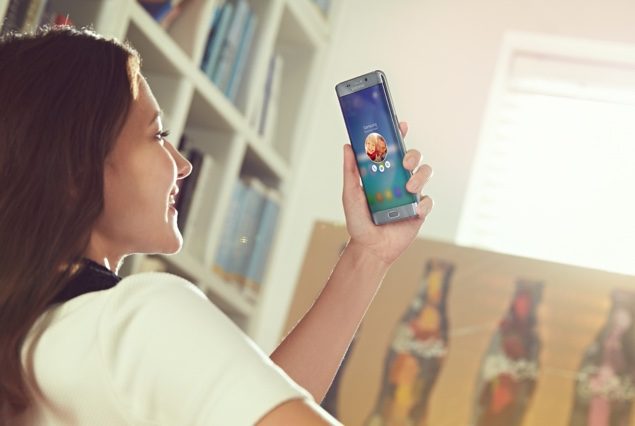 Camera resolutions stay the same as well, with the Galaxy S6 Edge+ coming with a 13-megapixel rear camera topped with an aperture size f/1.9. Front camera gets a resolution of 4MP and a similar aperture size. Photography shouldn't be a problem for the users of the Galaxy S6 Edge+ this time around either, Samsung's assured us. The Galaxy S6 Edge+ also comes supporting Samsung Pay, which, according to Samsung will be available in any retail store that swipes cards; which should be every store out there if you ask us - or nearly.

You'll be able to pre-order the Samsung Galaxy S6 Edge+ starting 3 P.M today and it'll be available starting August 21st, which is just a day more than a week from now. 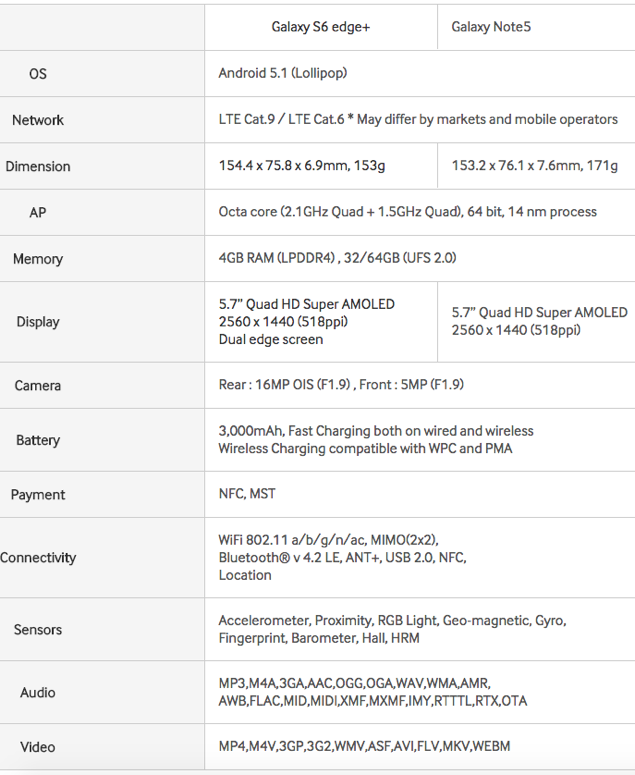 In the United States, the Galaxy S6 Edge+ will be available on major carrier, with the handset being priced at $300 for the 32GB model on a two-year contract. The 64GB model will cost $400 while the pricing of the 128GB model is yet to be confirmed. But we're assuming that it will cost around $450-500.