It seems we cant go a day without leaks this past month. First the Moto X and now the Samsung Galaxy Mega 6.3 DUOS have both leaked their way into the internet rumor mill. 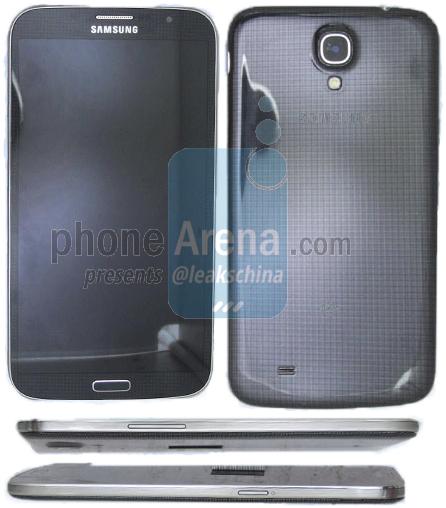 The Galaxy Mega 6.3 Duos (Yikes, it’s a mouthful of a name) will  have the following Specs:

Rumors indicate that the Galaxy Mega 6.3 DUOS will have 8/16 GB of Internal Memory, that it will have the same 3200 mAh Battery, with a body width of roughly 88mm. Alongside this word is that it will feature WiFi Direct, NFC, USB 2.0 and Bluetooth 4.0. The UI is speculated to be the Nature UX UI.

The color variants is yet to be determined but seeing the leaked picture we can safely say that black will be one of them.

The Mega 6.3 Duos climbed its way onto fame for a very simple reason, its big, and by big I mean very big, tablet sized big, in fact we are still not sure how it escaped the tag of a tablet. The fact that now there is allegedly a version soon to be on the market that will allow dual sims will only increase the attraction of the already famous Smartphone.
To get a fairly decent idea of what to expect find the specs of the single sim variant here. The Galaxy Mega 6.3 DUOS has big shoes to fill and whether it can match or exceed the success of its single-sim-ed version is yet to be seen.