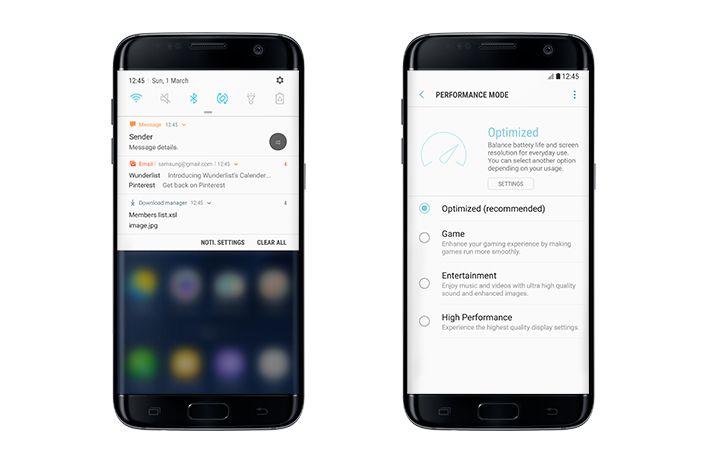 Samsung began the rollout of Android 7.0 Nougat for Galaxy S7 and S7 edge smartphones on January 17. Today, the company has declared the list of Galaxy devices that will get the taste of Nougat in the following weeks.

In a blog post about Nougat update rollout to the Galaxy S7 and Galaxy S7 edge, Samsung also revealed the names of devices that will get the update in the first half of the year.

The devices that will get treated to Nougat are:

Presumably, Samsung seems to be referring to the 2016 versions of the Galaxy A3 and Galaxy A8 smartphones. Also, we think that the list specifies unlocked units of Galaxy devices, as carrier-bound units often face delays when it comes to receiving the major updates.

Samsung will seemingly bring Nougat to different devices after the update reaches the devices mentioned above. The date when Galaxy S6 smartphones will get the Nougat update is not known, but since Galaxy S7 has got it, it shouldn't be long for its predecessor too.

Regarding new features that Nougat brings onboard, Samsung said: "as good as ever components guarantee to give Galaxy clients a chance to get more out of their gadgets." Precisely, Nougat will enable faster downloads for apps and software updates.

With Nougat update, the Quick Panel on Galaxy devices gets a cleaner outlook. The titles have been removed from the icons and in the second window, the icons have been neatly arranged in a group of nine for users to find them easily. Besides, the Quick Panel also offers access to the S Finder. As expected, the update also brings the ability to respond directly from the notification panel.

Furthermore, users will also get the multi-window support feature that allows swiping between multiple windows. Performance Mode is another addition that offers users to optimize their device by amplifying battery life.

The Galaxy devices mentioned in the list will get nougat update within the first half of this year, which means Samsung might could start working on Nougat update for other devices afterwards.