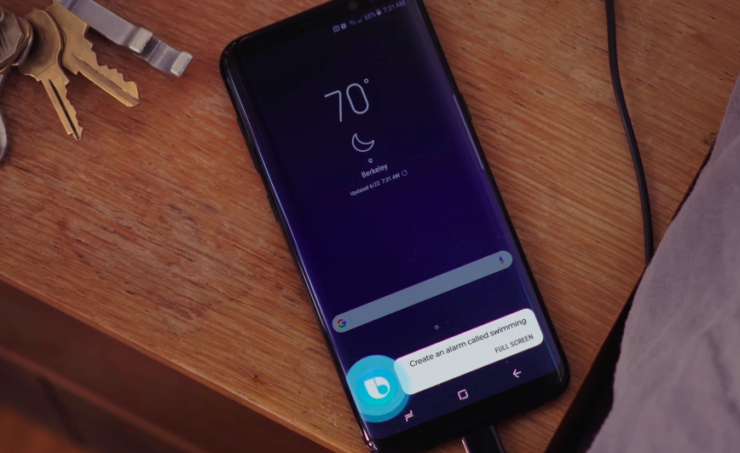 After rolling out Bixby Voice Assistant in the US, Samsung has finally extended it to more than 200 countries, globally. The company confirmed in a blog post that Bixby's voice service is being extended to more nations. This comes after a month Bixby Voice started to roll out in the US for the Galaxy S8 and Galaxy S8+ users. Bixby Voice supports two languages - English and Korean. Samsung is still working to expand the language support.

Bixby’s voice capabilities have expanded to more than 200 countries and territories worldwide, allowing millions of consumers to experience a smarter way to interact with their phones. In addition to South Korea and the United States, consumers in countries across the world, including the U.K., Australia, Canada and South Africa, will be able to utilize the intelligent interface to help them get things done faster and easier.

It means that Bixby Voice will be available in countries including the UK, Australia, Canada, and South Africa. The update is also being rolled out for Galaxy S8 and Galaxy S8+ in markets like India, Pakistan, Netherlands, and Germany. Samsung's plan is to continue the expansion of Bixby Voice to more countries, languages, devices, features and third-party applications. The addition of all these will help in the enhancement of AI learning process on the service that will make it more intelligent and good at personalised assistance.

If you own a Galaxy S8 or Galaxy S8+, then try activating Bixby voice by holding the dedicated button or just by saying the trigger voice command - "Hi, Bixby."

Samsung's Bixby also works like other virtual assistants like Google Assistant and Apple's Siri. Galaxy S8 or S8+ users can use it to set alarms or send a text or open apps through it. Bixby currently has support for the third-party apps like Google Maps, Google Play Music, YouTube, and Facebook.

Bixby Voice's expansion comes a day before Galaxy Note 8's launch, which means that the Galaxy Note 8 is most likely to ship with Bixby support out-of-the-box.