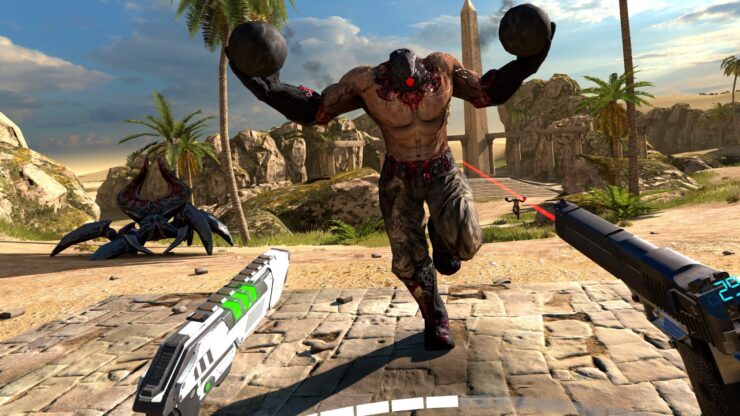 Now, anyone can be Serious Sam. Croteam just announced that the original Serious Sam will be available in VR on Steam Early Access tomorrow. Serious Sam VR: The First Encounter is a fully remastered version of the original game and it will be completely playable in VR.

You may have already noticed that Croteam is working another Serious Sam VR game, The Last Hope, that is also still on Steam Early Access. Both games will be using the same Serious Engine 2017.

Here's what you'll get in the VR-remake of Serious Sam: The First Encounter and how it handles movement according to Steam:

The game features both single player, with 15 "huge" levels full of people to shoot, and multiplayer with various co-op and competitive modes for up to 16 players. In a future update, Croteam will also add Steam Workshop support to allow player-created content in the game.

Serious Sam VR: The First Encounter will be available through Steam Early Access on December 20th. It will support both Oculus Rift and HTC Vive.