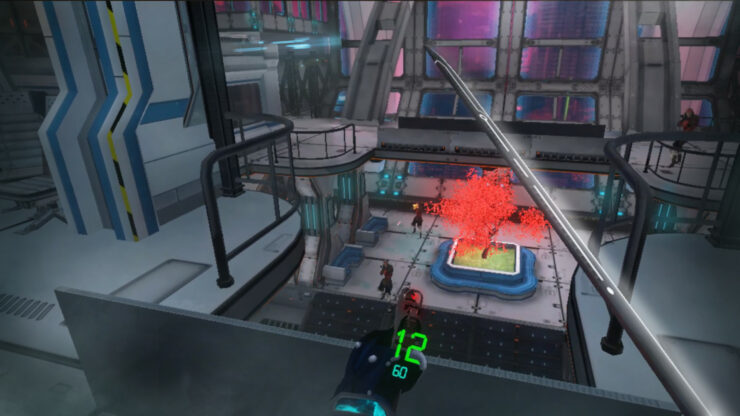 Sairento VR is being done Mixed Realms, a Singaporean development studio. It's being called a mission-driven, FPS-hybrid sword fighting VR RPG. It's a bit of a mouthful but going by the screenshots, looks like it could be exactly the type of action game VR fans are looking for.

Sairento VR puts you in the deadly shoes of a futuristic ninja taking on an overwhelming amount of enemies in order to restore order to the world. The upgradeable weapons, skills, and slow motion gameplay should provide an interesting VR adventure.

We wanted to treat players to an exhilarating and visceral VR experience, from being able to perform double jumps to taking down foes in a ballet of slow motion gunplay.

Mixed Realms are looking to add a bunch of new features in the final build of the game, such as:

Aldric Chang, CEO of Mixed Realms, talks about the reception their game has received so far:

We are very heartened with the positive response we are getting from the international gaming community. We wanted to give players the epic experience of taking down enemies like they are the heroes of a movie. And I think we did it.

Sairento VR is currently available on Steam Early Access, with a highly positive user reception so far (98% approval). Mixed Realms is looking to release the game in June 2017.