I have been covering Left 4 Dead 1 and 2's upcoming DLC called the sacrifice for some time now and I am pleased to announce that it has finally been released but not only that, the games are each for a dirt low price of $6.79 a "head", you can buy both games HERE. Even more amazing is that both the games will cost you $10.19!! while the Left 4 Dead 2 4 Pack will cost you a shocking low price of $20.39!!! that's 4 games for just $20.

Considering the amount of fun one can have in Left 4 Dead the game is TOTALLY worth these outrageously low prices, I already own both games and know how amazing both these games really are, you can play with friends and have fun, while trying to get some really fun and at times challenging achievements which you can then show off to your other friends on steam, such as completing a campaign without shooting a team mate even once. Sounds easy but believe me it's NOT, there are a variety of game modes when Left 4 Dead 2 is concerned, the realism mode, scavenger mode and even the Versus mode are freaking fun once you get tired of the Single Player story. Although the game can only accommodate a maximum of 8 players in each game mode (although there are certain hacked lobbies which give you access to 32 vs 32 but that is just a huge lag fest).

Getting the achievements alone can equal to hours of ridiculous fun with your friends, but its not necessary to play with friends, I have met many cool people along the way while playing both games and each of them very skilled and talented in their own way so if you ever wanna play with pro there is always one in a lobby and when you have 4 more friends you can try taking on the more difficult achievements such as completing the campaign on expert.

To sweeten the deal you get all the DLC's of all the games, for Left 4 Dead 1 you get Crash Course and The Sacrifice while with Left 4 Dead 2 you get the Passing and The Sacrifice. For the PC these DLC's are FREE while on XBOX live these DLC's would cost you additional money. So if your a fan of FPS games and enjoy zombie brutality buy these 2 games right now and prepared to get hooked. 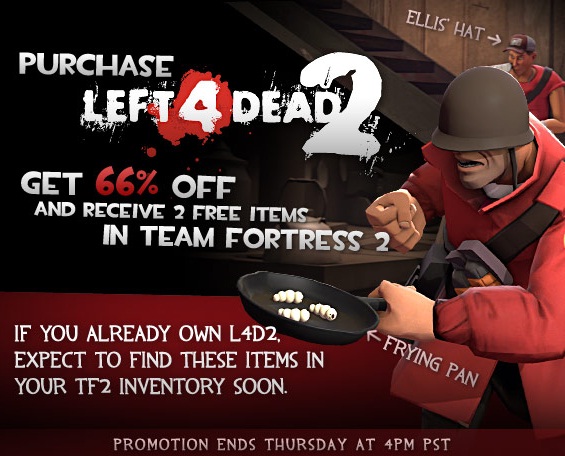