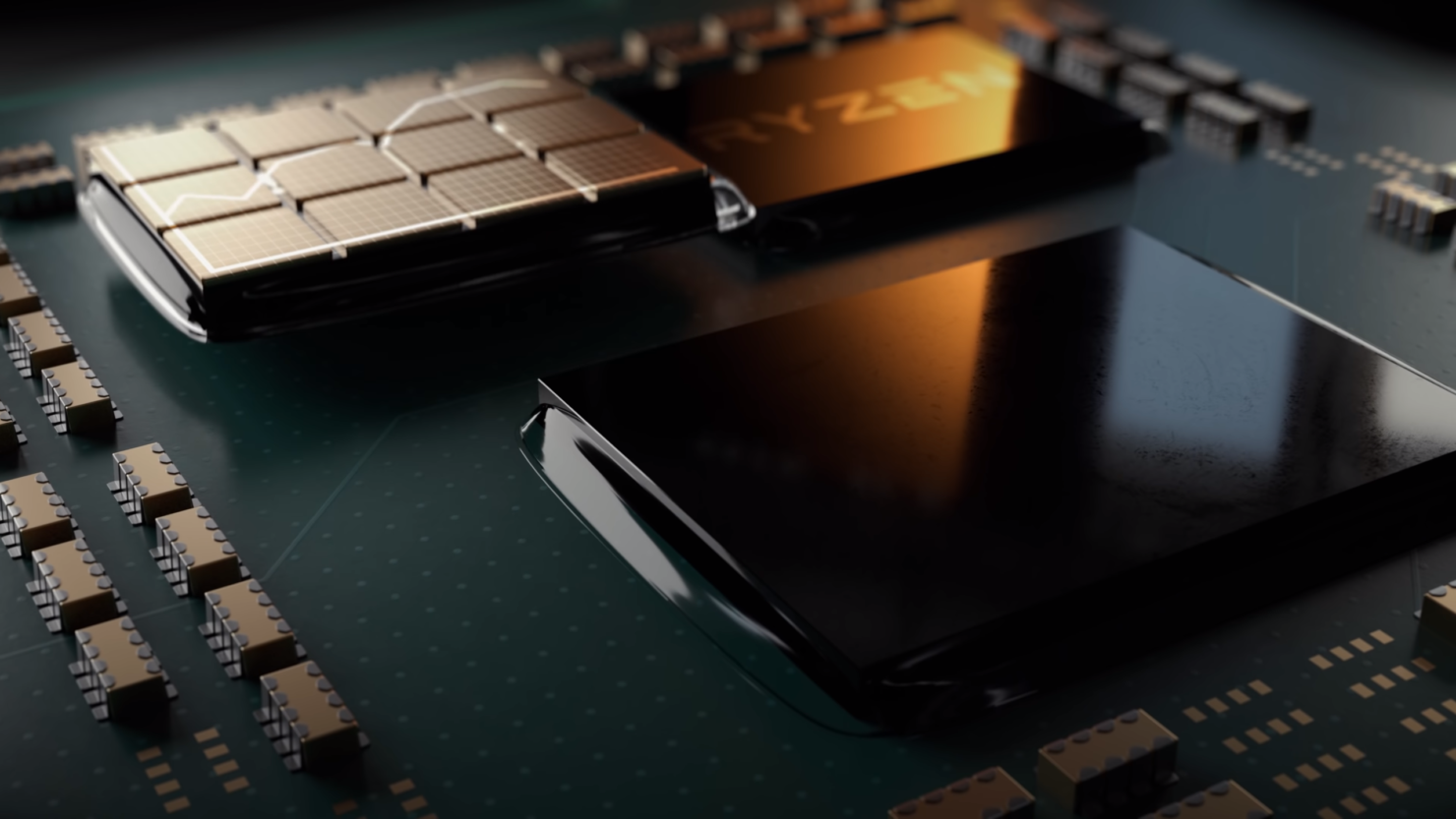 The entire, to this point, mainstream Ryzen 3000 Series family has been announced. But there still seems to be some confusion floating around in comment sections regarding the layout of the cores on the chiplets as well as the CCX structure as well. We're going to try to break this down is a very simple and a high-level overview of what is going is going on under the IHS and within the chiplets of the new Ryzen 3000 Series CPUs. We will only be looking at the chips that feature the chiplet design and not at the new Zen+ based chips with Radeon graphics as the Rzyen 3 3200G and Rzyen 5 3400G will retain the same designs as the Ryzen 3 2200G and the Ryzen 5 2400G.  This overview is not intended to be a detailed analysis but rather a high-level overview of the general structure of the new Ryzen 3000 Series chips to hopefully clear some of the air on how the chips are laid out. 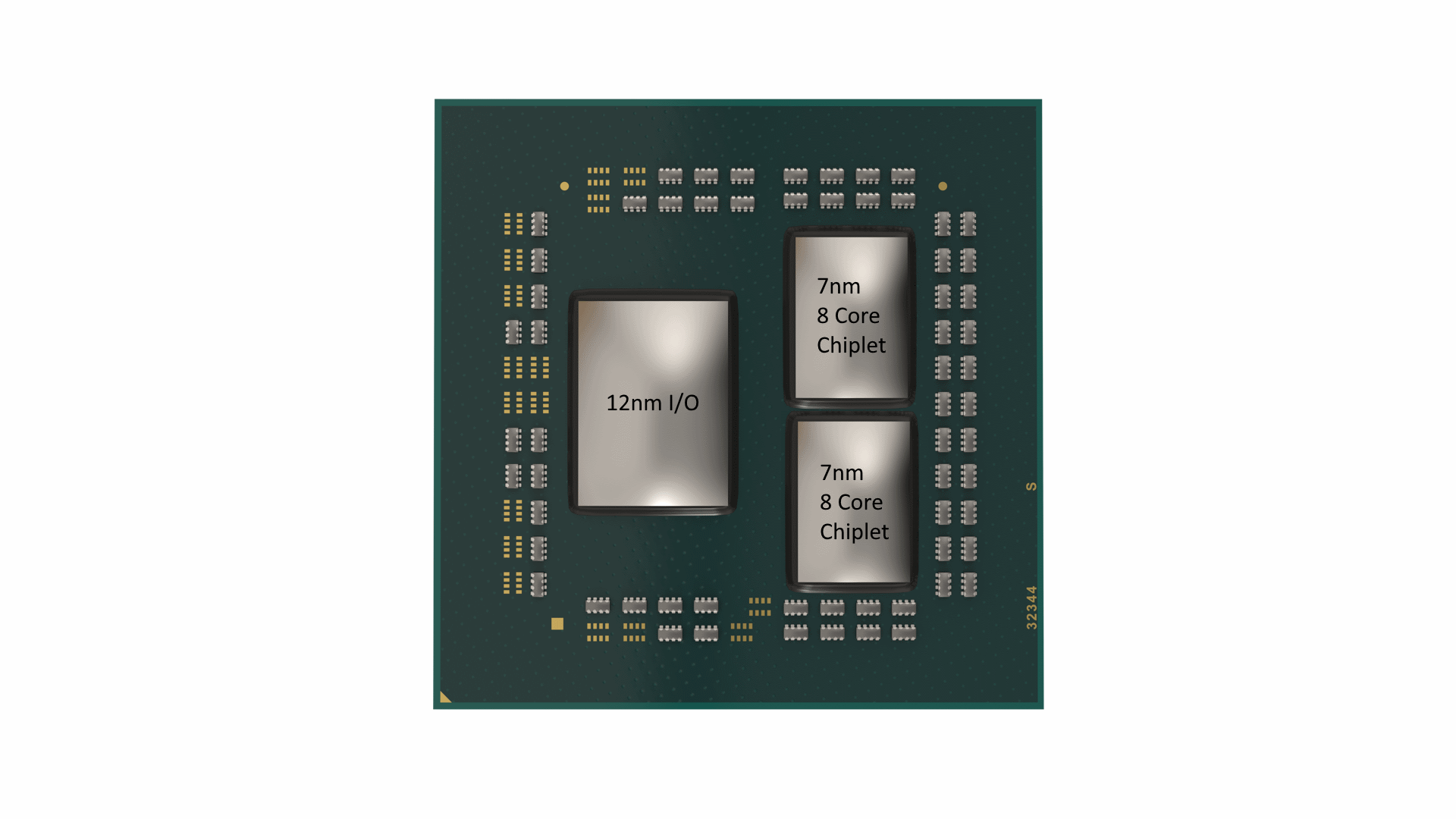 The above image is a render of a completely populated Ryzen 3000 Series chips.  It shows the larger 12nm I/O die used to handle the PCIe, memory interconnects and more allowing for the additional 7nm chiplets to house the Zen 2 cores and cache. 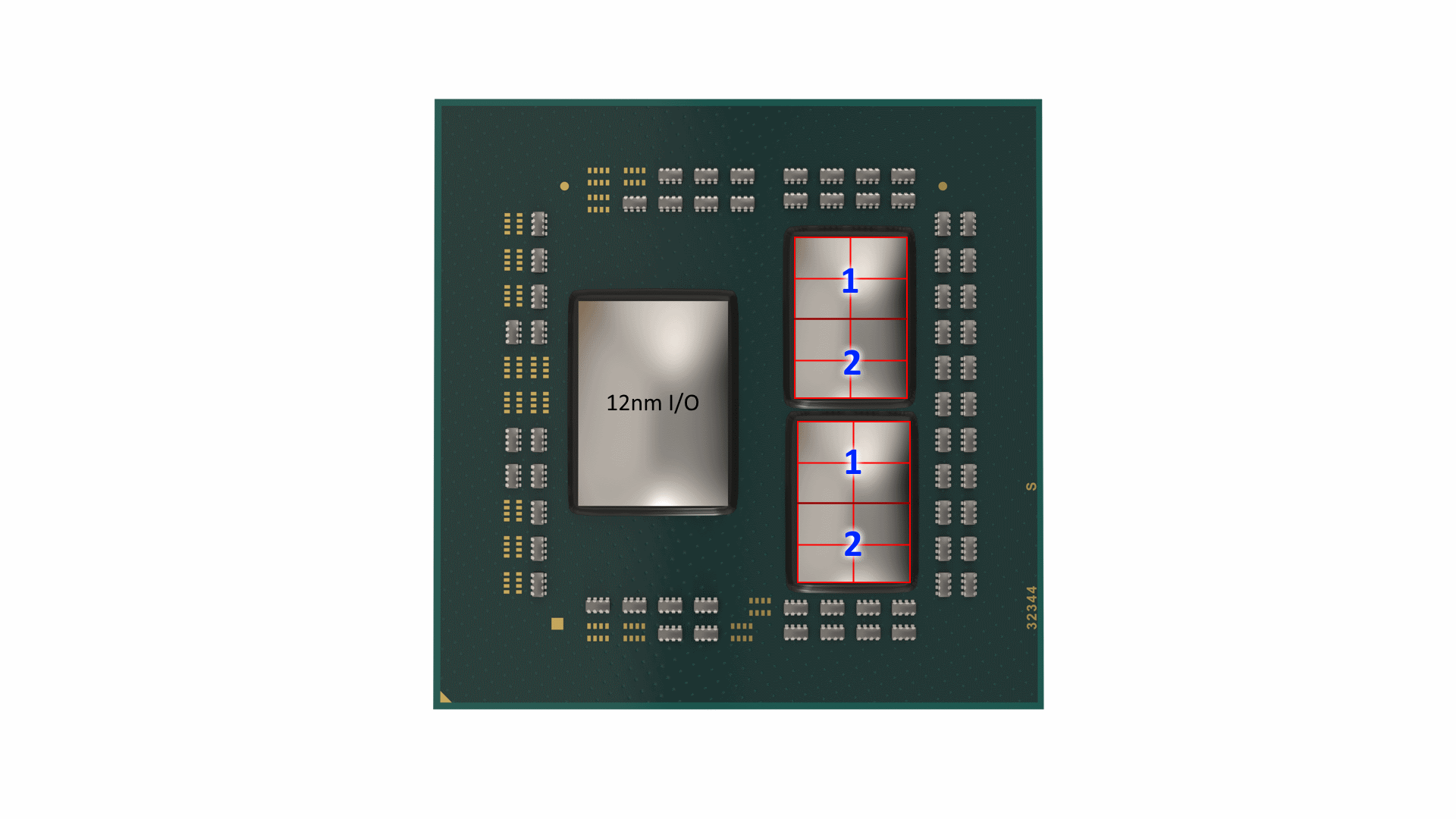 Within each of the 7nm Zen 2 dies resides the cores that are still configured in a 4 core + 4 core CCX design, so in the images we used the 4 Core CCX is separated by a darker red line to denote a separation of these two modules. 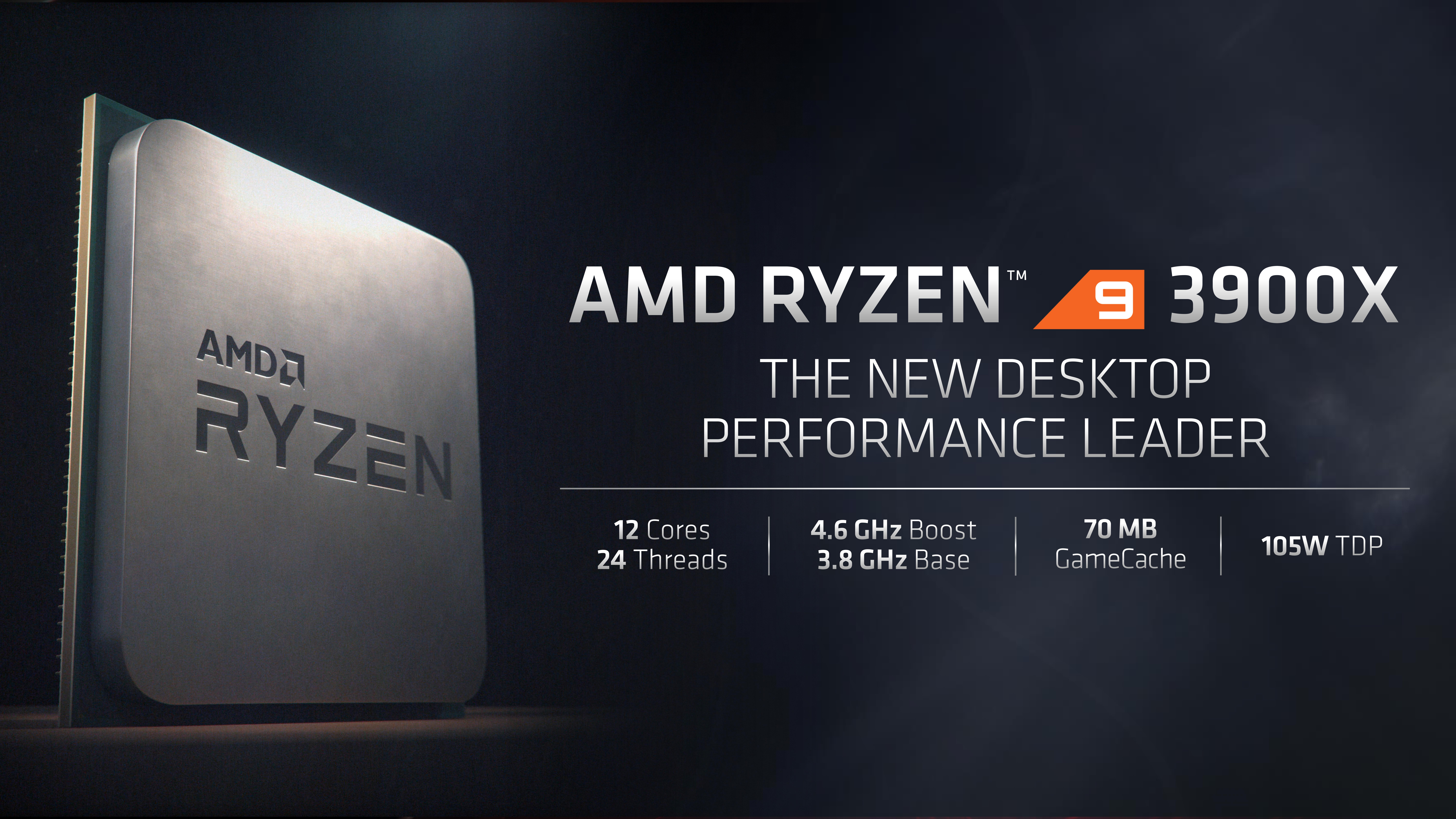 The Ryzen 9 family consists of two products at the time featuring different core counts.  The Ryzen 9 3950X is the top tier CPU and features the entirety of both Chiplets enabled resulting in a simple design to start with showing what the chips look like with all cores enabled. 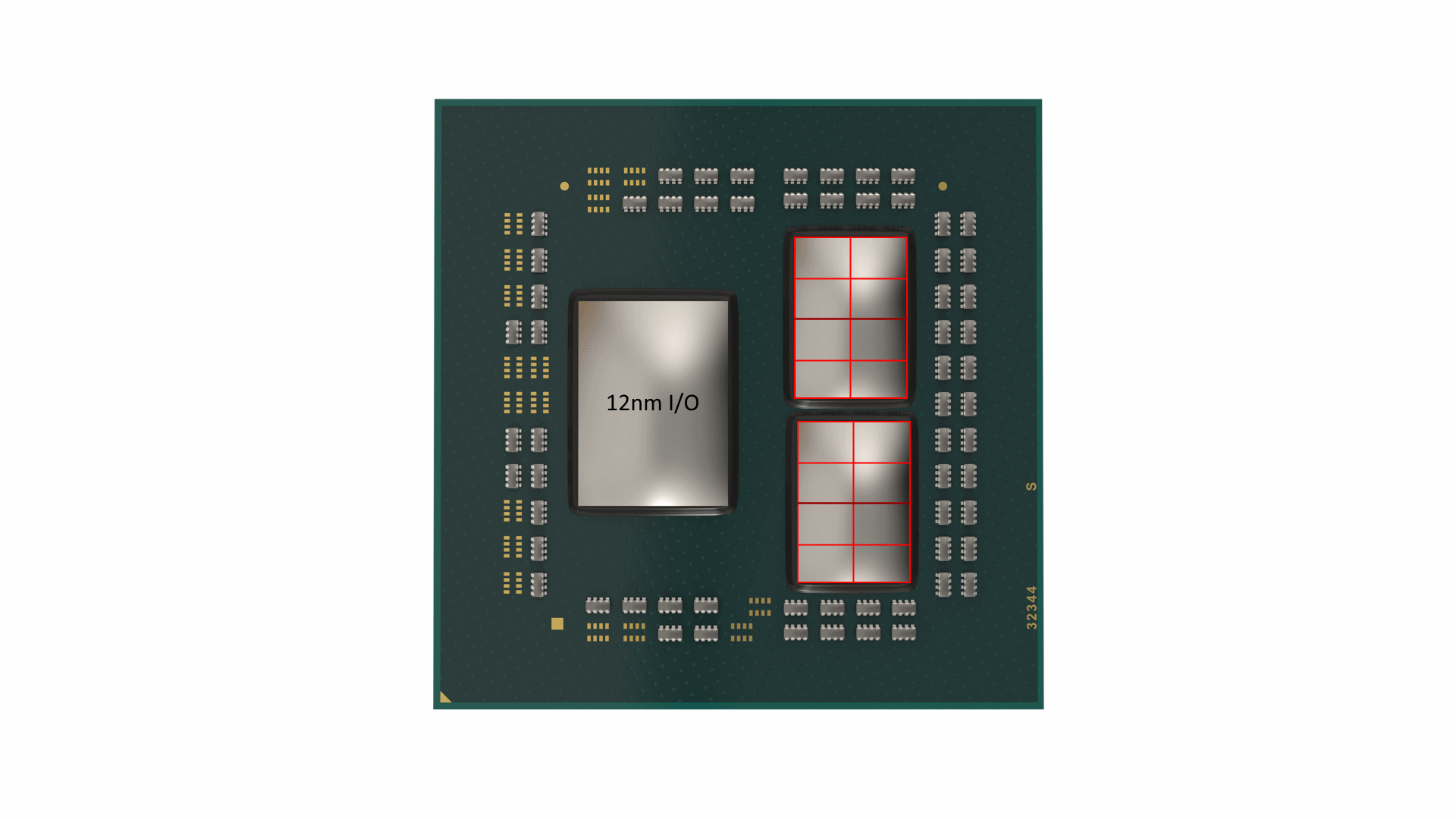 Ryzen 9 3900X is where things start to get interesting.  With the removal of 4 cores to make for the total coming down to 12 Cores we see a single core disabled from each of the CCXs on both Zen 2 chiplets.  This would be why you see no announcement of a 14 core CPU in the Ryzen 3000 Series family and don't expect to see one in the future either. 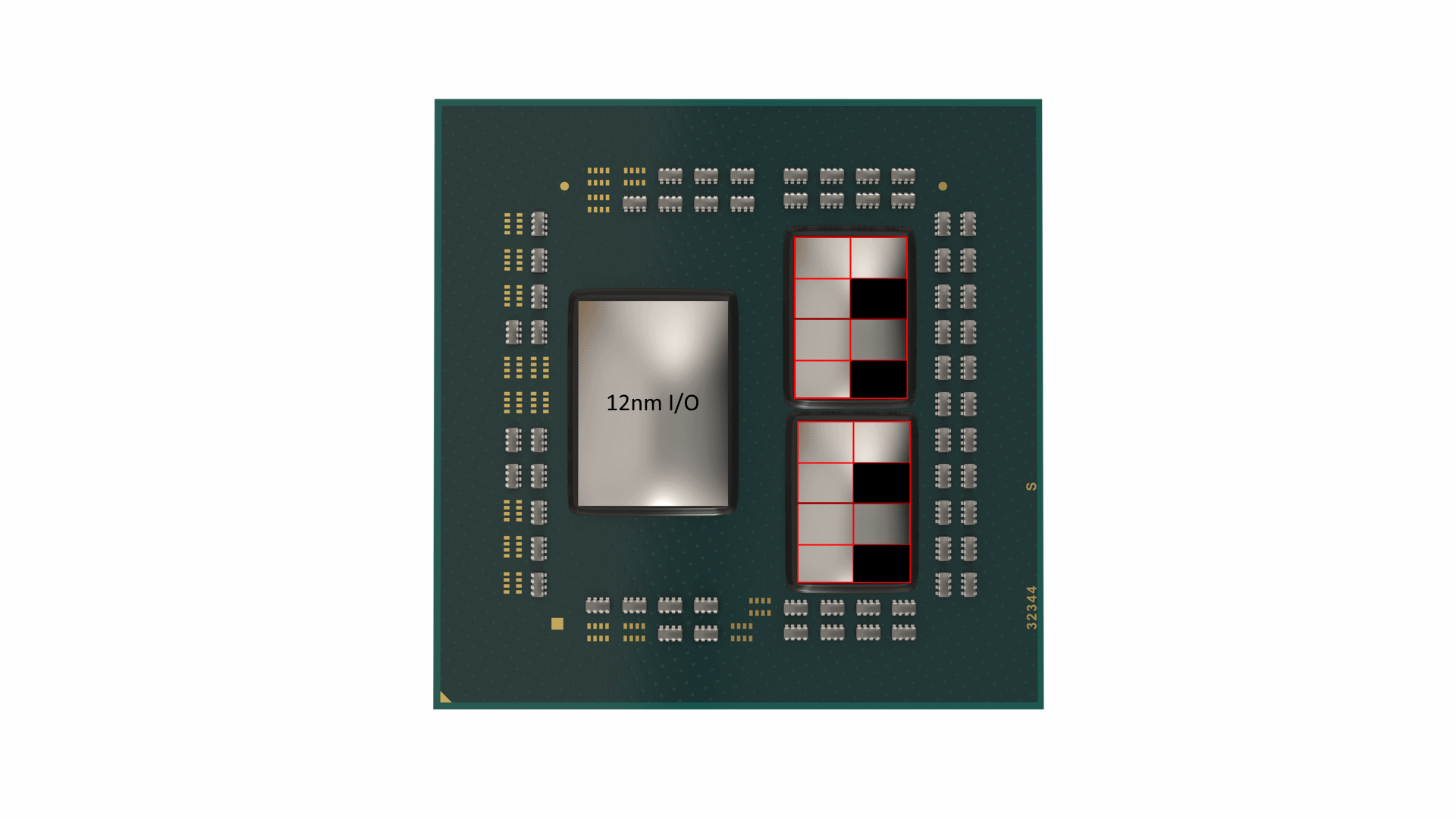 Of course, this is just a visual representation, so the cores that are disabled here today are for illustration purposes only and could be any one of the cores within a CCX. 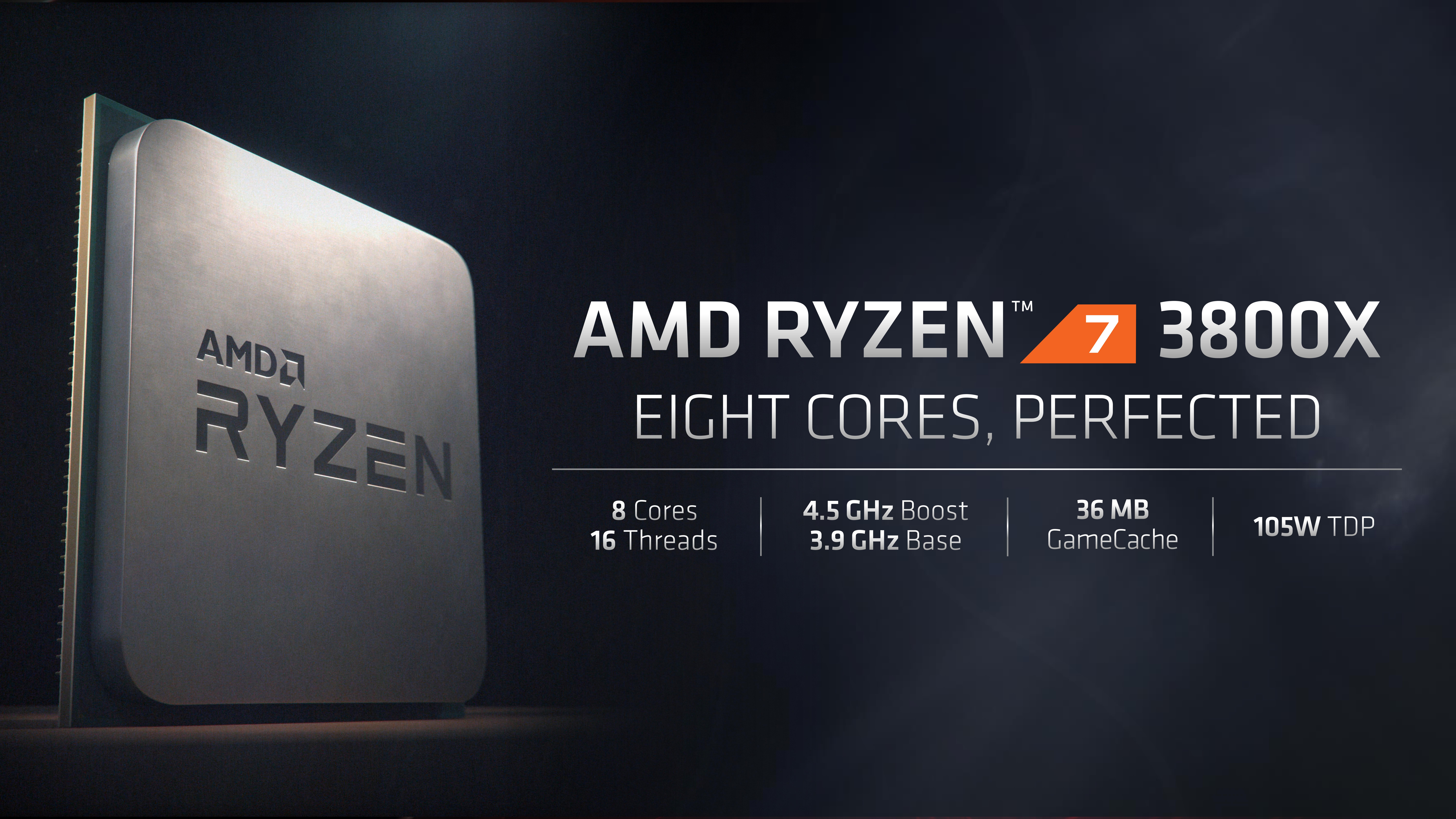 The Ryzen 7 family sees another big shift in the movement away from a pair of Zen 2 chiplets down to a single fully enabled 8 Core (2x 4 Core CCX) chiplet.  There may have been some speculation that AMD could have stuck with two chiplets here and could have used a dummy die for structural support (similar to 1st Gen Threadripper) or have spread the load to 2 cores per CCX, but that would have resulted in unnecessary cost and likely have had latency increases. 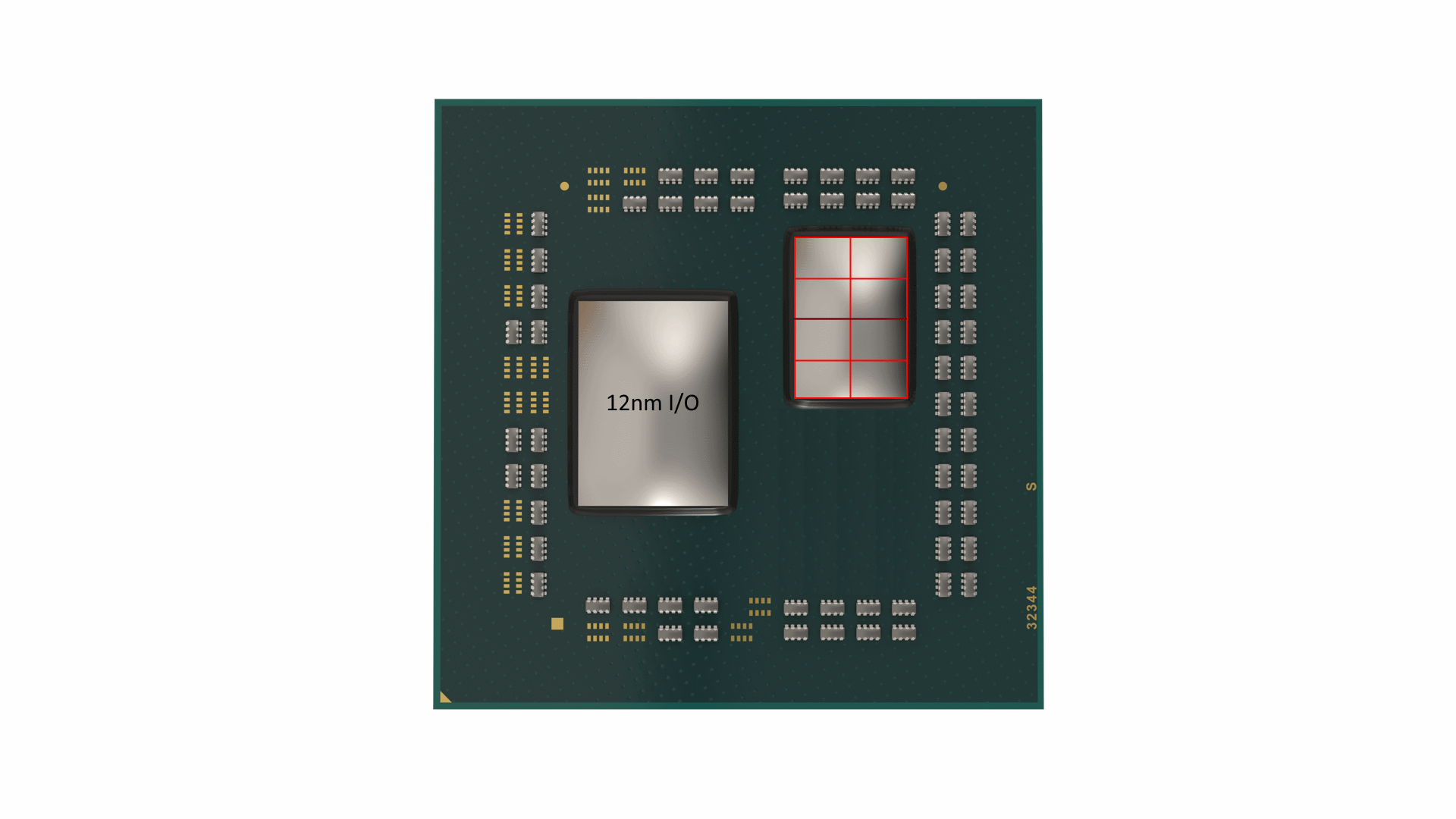 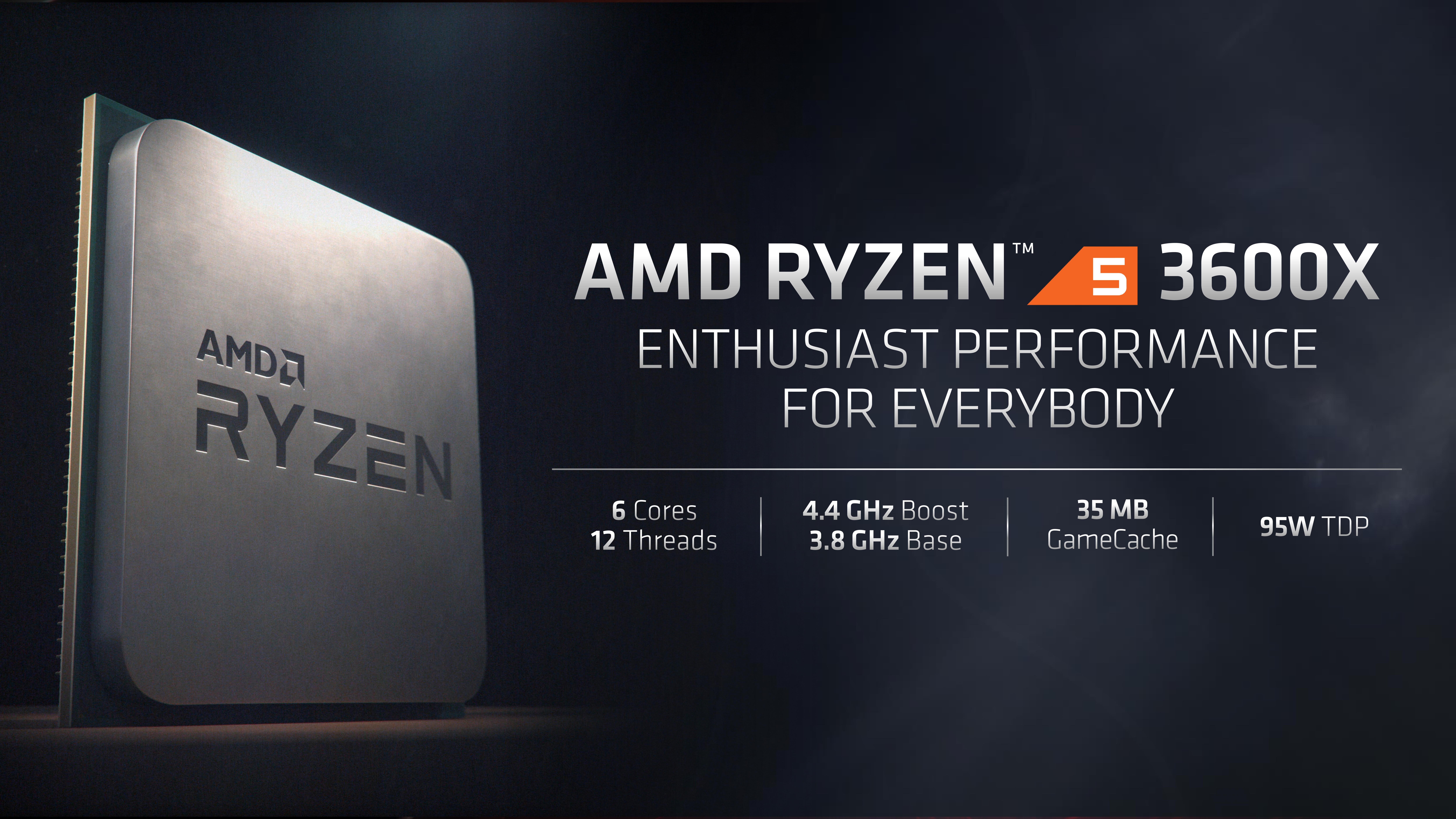 Ryzen 5 builds off the single Zen 2 chiplet design that the Ryzen 7 enjoys, but this time with a couple of cores disabled.  You see in our visual representation that there is a single core disabled from each CCX resulting in a 3+3 design.  AMD could go lower if they wanted, but I don't imagine that being the case and them allowing the new Ryzen 3 3200G and Ryzen 5 3400G to satisfy quad core needs. 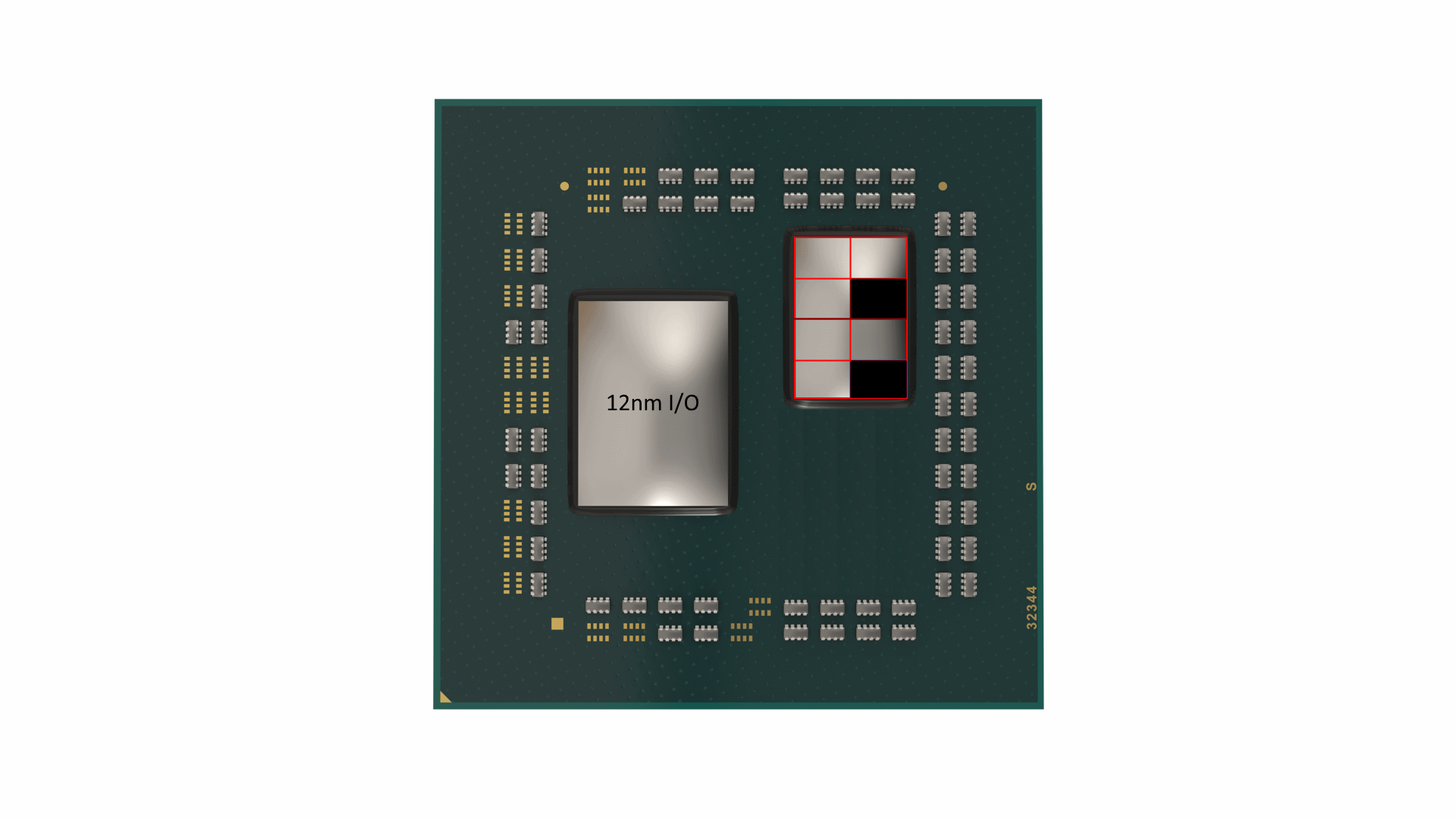 In terms of IO details, the CPU will once again be offering a total of 24 PCIe Gen 4 lanes while the PCH will be providing a total of 16 PCIe Gen 4 lanes. There will be one direct link heading out to the first PCI Express x16 and PCI Express x4 slot from the CPU while the rest of the IO will be handled by the X570 PCH which will be linked to the CPU through an x4 link.

That, however, doesn’t mean that AMD Ryzen 3000 series would only be compatible on X570 boards since just like last time, the new CPUs will be backward compatible with X470 & X370 boards too. Following are links to the respective motherboard manufacturers' BIOS release for existing motherboards to support 3rd Gen AMD Ryzen CPUs:

They certainly won’t display the same feature set that will be available on the newly launched X570 lineup but will feature fully stable functionality for users who just want to drop in a new CPU and continue using their PCs without the hassle of upgrading the motherboard and everything from scratch. AMD's X570 platform and Ryzen 3000 CPUs are planned for launch on 7th July while the AMD Ryzen 9 3950X will be available in September 2019.