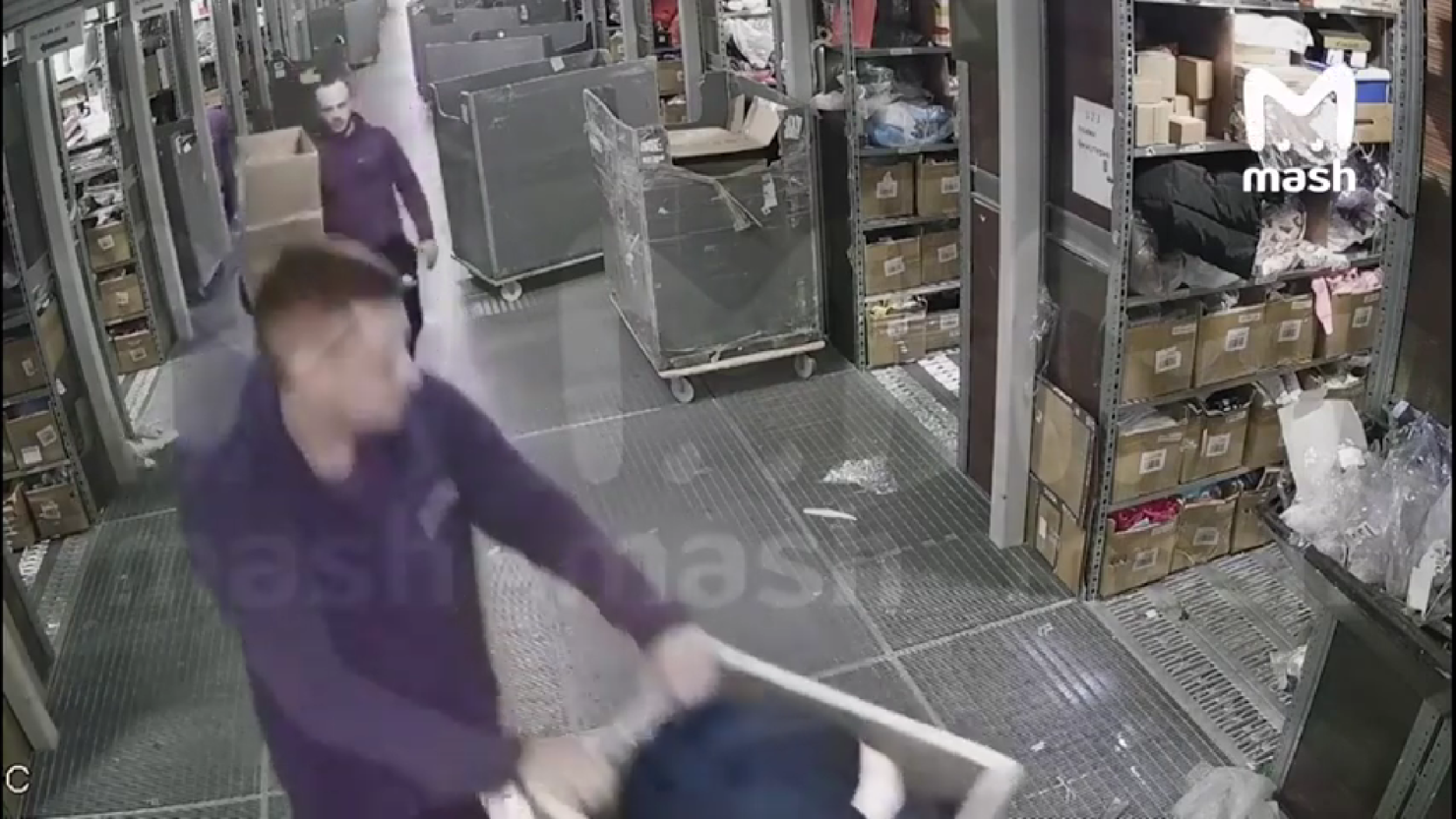 Three employees of Wildberries, Russia's most prominent eCommerce retailer, were arrested recently in the botched theft of twenty GeForce RTX 3070 Ti graphics cards. The assailants successfully removed the cards from the company's warehouse, but the incredible asking price assisted in their detention when attempting to sell the cards.

With the recent decline in trade with Russia, items such as graphics cards are now much more sought after by users, gamers, and thieves. AMD and NVIDIA set a ban on shipping their products to Russia due to the recent conflict with Ukraine. With this new strain on products delivered to the country, we see true greed.

The social media news site Mash first mentioned the heist yesterday, and the below video by the YouTube channel "OFFICE GUY" appeared, launching the video in the States. The video below shows the tail end of the stealing of the GeForce RTX 3070 Ti cards but does not show the face of the robbers to the public. In the video, two warehouse employees hid three bundles of graphics cards in boxes and were wheeling them through the warehouse, apparently after hours. Once in the stairwell, they quickly grab the batches of cards, head up the staircase to an open window, and drop them to the third criminal waiting for the product outside. The video stops, but Mash explains where the cards went in further detail.

Mash reported that three employees attempted to profit off the hot graphics cards by selling to a nearby pawnshop. Graphics cards are not typically seen in pawnshops for resale. Most of the time, it is usually an online platform to mask the sale of the cards to users, sometimes with horrible results. The pawnshop owner felt more was going on than just selling graphics cards for cash and immediately called the local authorities.

Upon attempting to sell to the pawnshop owner, the suspects placed a price tag of 200K rubles, or around $1931. The criminals were risking selling the entire bundle of cards for $38,000. Now that authorities have become involved, Authorities returned the stolen goods to the Wildberries warehouse, and the three men have been incarcerated.