Running DOOM Eternal On Just An APU – How Low Can You Go? 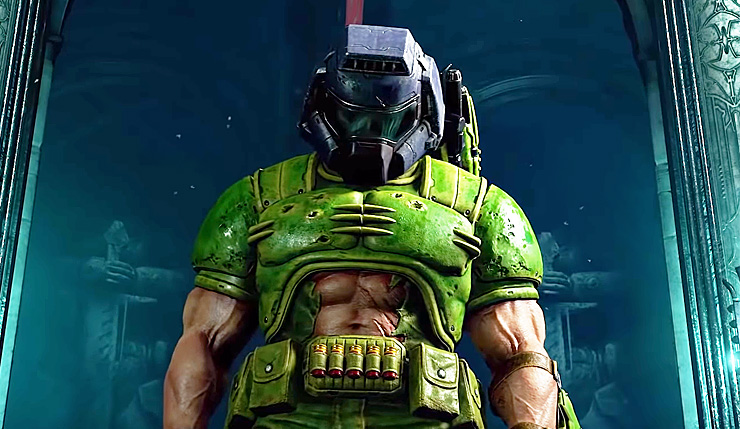 DOOM Eternal runs slicker than cat crap on linoleum floors, well that's a saying around where I grew up. Basically, it runs fast, really fast but what if you're running something like an APU only, are you left out or can you jump in the fray of DOOM Eternal with the rest of the world? That question is exactly what we're here to answer today.

On the plate today is the newest of the APU lineup the Ryzen 5 3400G sporting Zen+ cores at 4 core and 8 threads along with the Vega 11 GPU built in. Thankfully the 12nm build of these parts allows for much higher clocks than the previous generation resulting in the CPU having a 3.7GHz base clock with a 4.2GHz boost and the GPU rocking along at 1400MHz. For this testing, we will not be overclocking anything but the memory because the 3400G is rated at DDR4 2933MHz and our memory kit is running the XMP rated speeds of DDR4 3200.

DOOM Eternal carries on the tradition of DOOM 2016 by having no built-in bench marching utility, which is fine but makes for a creative way of testing.  I decided to take our DOOM APU run at the beginning of the Exultia level and follow through up to the first big fight. While the framerate during heavy fights will come in lower than what is being shown here these results were found fairly representative of what I saw through my first hour of gameplay but remember, the more demons and chaos the lower the frames will dip.

For our results, we'll be sticking to presets for simplicity's sake but as always adjusting resolution scaling and settings individually could result in better performance.

Well, there you have it, DOOM Eternal can tear it up on just an APU, albeit with some compromises. Sure, this isn't going to be the 1080p power play some might have hoped it would be, but 720p Low runs like a champ on such a budget solution for those out there with an APU like this or even an overclocked 2400G or 3200G would find this to be a fun experience. I like gaming on my 3440x1440 panel at high detail and frame rates as much as the next guy but not everyone out there runs such setups. Hopefully this helps those on the edge deciding if the game is worth picking up if they have a similarly specced system.

One big note that I want to point out here is that a full-screen resolution of 720p makes the reading of the text in menus and lore a bit of a chore. Thankfully, DOOM Eternal makes use of a built in resolution scaler. I found that setting the screen resolution to 1080p and targeting around a 60% resolution scale then adding Radeon Image Sharpening into the mix made the HUD and menus super clear and sharpened up the game enough to where it looks as good as it can for such a simple solution.