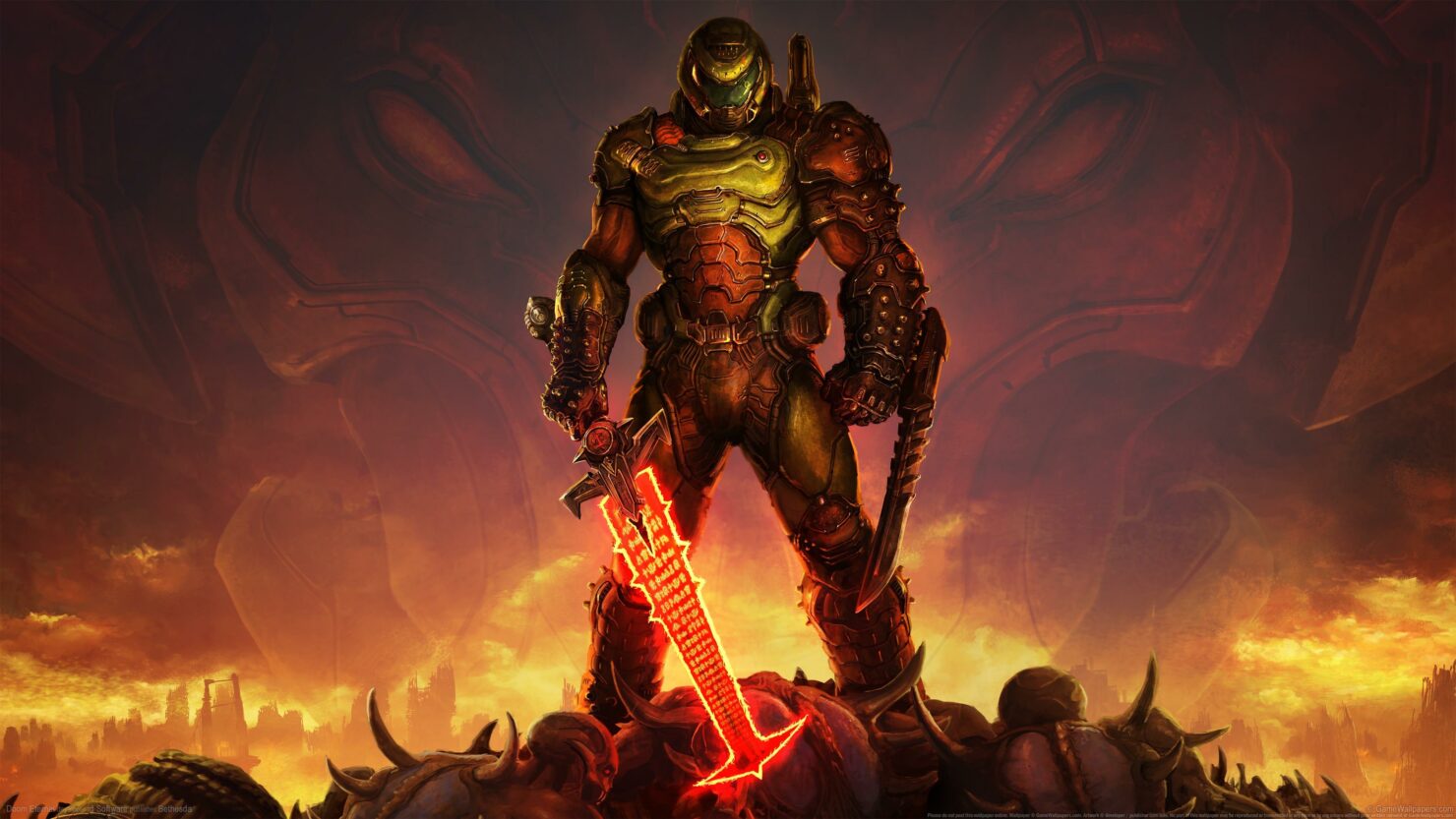 After a lengthy delay, the time has come for the DOOM Slayer to rise up to rip and tear, but if you're here to find out if the game is good then you're in the wrong place. Find our review handled by Chris over here in his Review-In-Progress. The launch of DOOM (2016) ushered in the idTech 6 engine that revolutionized the way people saw the Vulkan engine and left fans wanting even more DOOM. DOOM Eternal returns to the world of the DOOM Slayer and the Night Sentinals, but this time it's powered by the upgraded idTech 7 engine and we're here to find out if this one runs as well if not better than the last.

DOOM Eternal carries on the tradition of DOOM 2016 by having no built-in benchmarching utility, which is fine but makes for a creative way of testing. So because of that, you'll likely see varying results from different sites and reviews. I decided to take our run at the beginning of the Exultia level and follow through up to the first big fight. While the framerate during heavy fights will come in lower than what is being shown here these results were found fairly representative of what I saw through my first hour of gameplay but remember, the more demons and chaos the lower the frames will dip.

Testing presets at 4K gives us a couple of quick metrics before diving into the game too deeply.  First off, it shows us how the game looks at various presets as well as how performance scales with those settings. From a visual standpoint, there is a bit to gain when going up in the setting department but there's not enough visual impact when the game is in high octane combat that I would even consider prioritizing visuals over framerates in this one. But, there's not enough of a performance hit to be too concerned. If you're not able to hit the framerates and the resolution and settings you want you can always dial in the dynamic resolution setting with a target framerate. 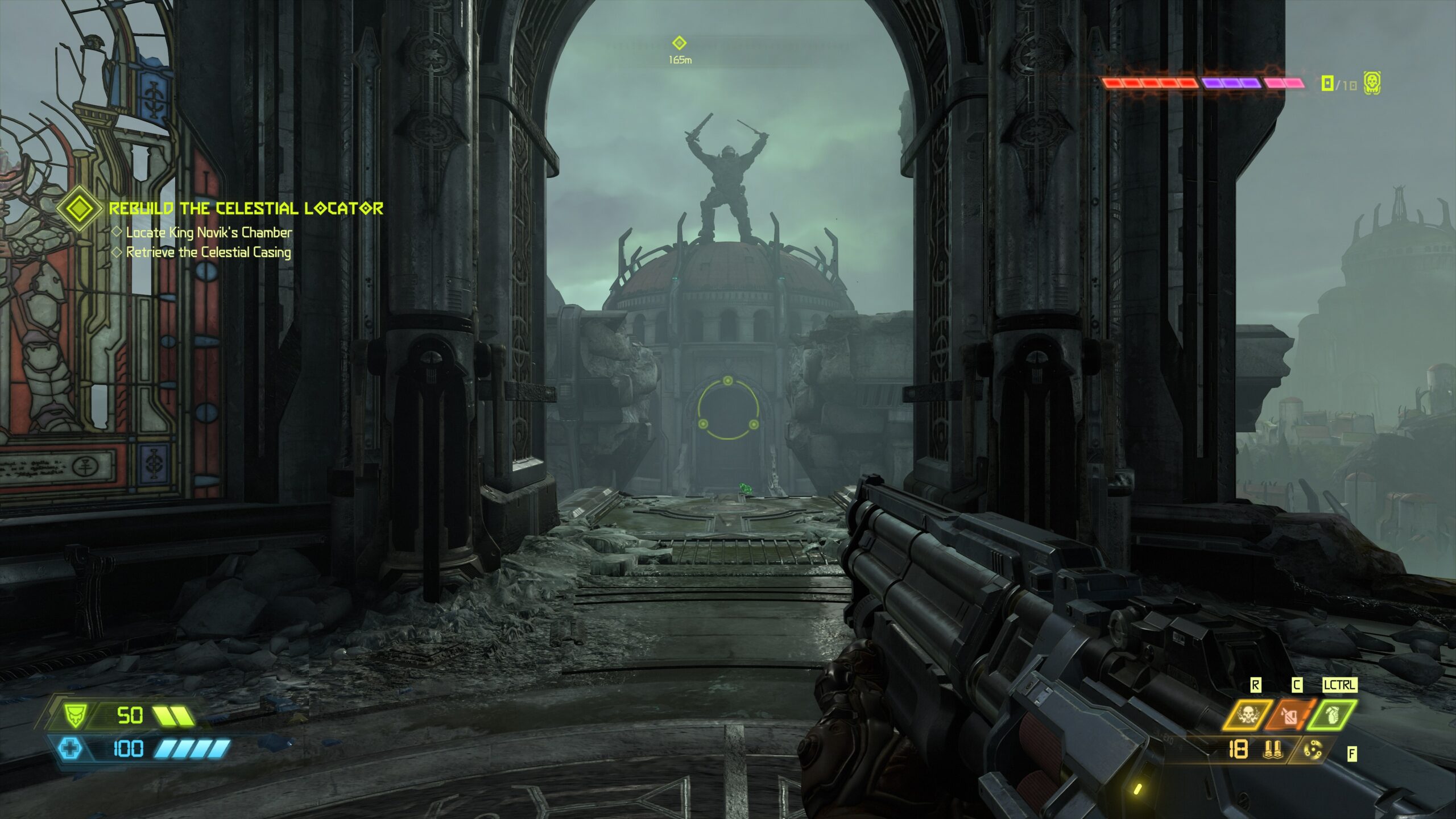 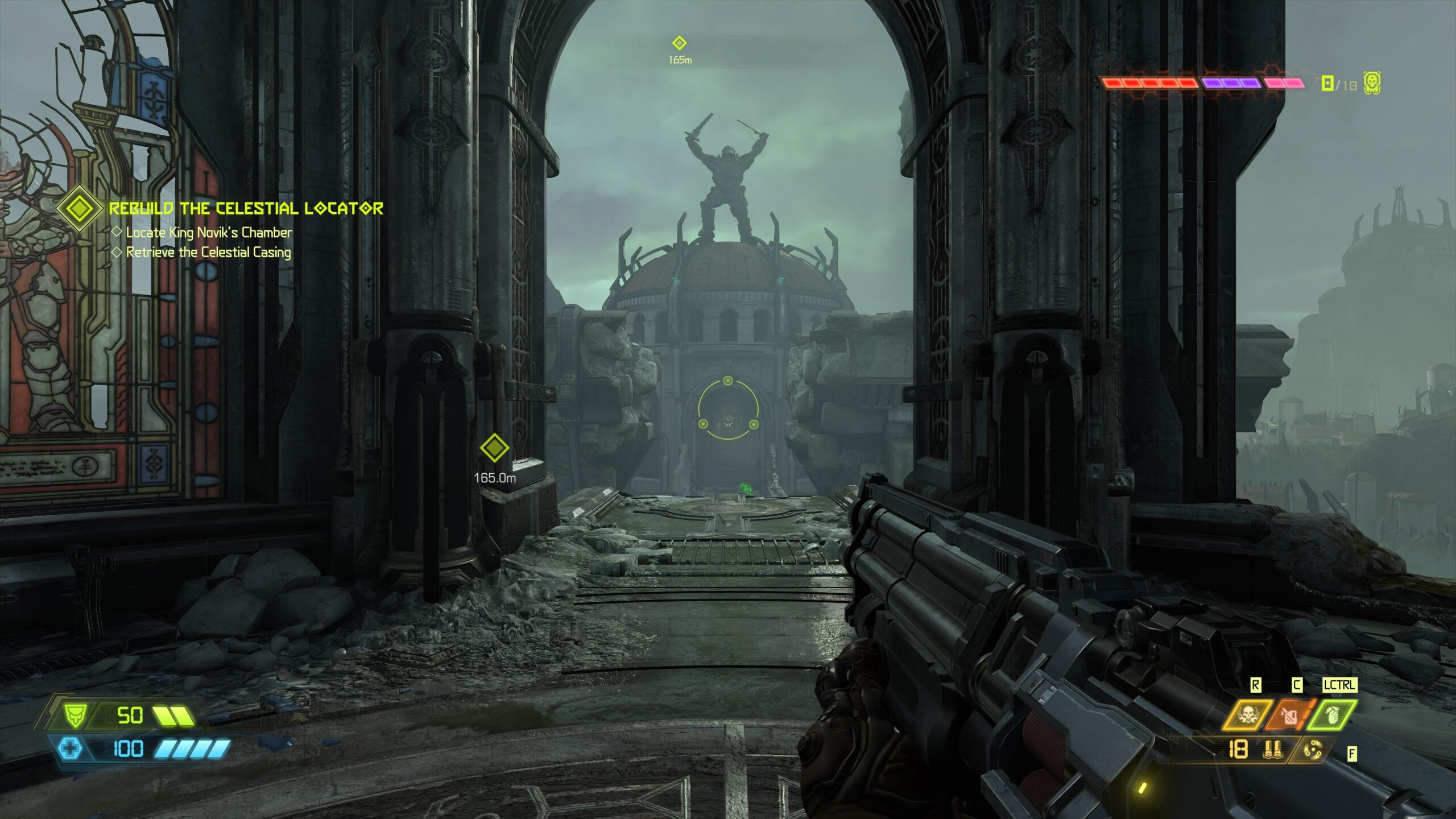 1080p settings scaling is the exact same method as the 4K settings scaling just changed to using an RX 5500 XT at 1080p. At least that would be how we normally test this, but DOOM Eternal is a bit rough on the VRAM requirement so this section is now dedicated to the RX 5500XT 4GB, GTX 1650 SUPER, and the RX 570. None of these cards are able to allow you to select the Ultra setting at 1080 or above due to VRAM limitations.

While DOOM Eternal makes use of system resources as you scale up the number of available cores and threads I was pleasantly surprised to see the game hold on even with just 2 cores and 2 threads active. Most modern games do not take the time to even think about running on so few resources and while I'm glad to see and end of dual cores for gamers it is nice to see that they've done such an outstanding job here that it can hold up.

DOOM Eternal runs like a boss. Pretty much whatever hardware you have at your disposal, provided you have the VRAM to handle it, is going to let you lay waste to hordes of demons. Typically when a game runs this fluid on such a variety of hardware it looks, well, less than stellar. DOOM Eternal is the exception to that rule as the game looks absolutely fantastic and is a welcome and deserving iteration of the idTech engine.

DOOM Eternal scales fantastically with its engine from the lowest settings to the highest. Even setting to the low preset you quickly forget about it once the action starts, you'll be so focused on moving, juking, flanking, ripping and tearing that you'll likely never notice any graphical treats you would have given up. So, if you're on 4GB or less don't let that deter you, and if the frames drop during battles (because they will!) don't hesitate to drop the settings if needed. Remember this is just a general performance expectation and this game is rather dynamic at times.

DOOM Eternal sets the bar in graphical prowess while still beat easy to chew on by hardware, there's simply no reason a game that doesn't look as good should run worse, developers take notice and take notes on this one. Another thing others could learn from DOOM Eternal is file size, DOOM 2016 was a behemoth to say the least coming in at nearly 80GB and with games like Modern Warfare chewing up almost 200GB of your storage, it is an amazing breath of fresh air to see DOOM Eternal coming in under 40GB, fantastic work. Now, everyone, I've got some demons to slay.