It has been more than a decade since Valve, an America-based video game development and digital content distribution company, launched its Source game engine with Half-Life 2 and Counter-Strike: Source. For years, there have been rumors claiming that Valve is working on its next video game development engine that would be called Source 2, but lack of proper evidence has always let the hope down. However yesterday, Dota modders claimed that they have found strong traces of Source 2 engine in the Dota 2 map editor update, but that is not all, some users also found reference to Microsoft's Xbox One console within the Source 2 engine code. 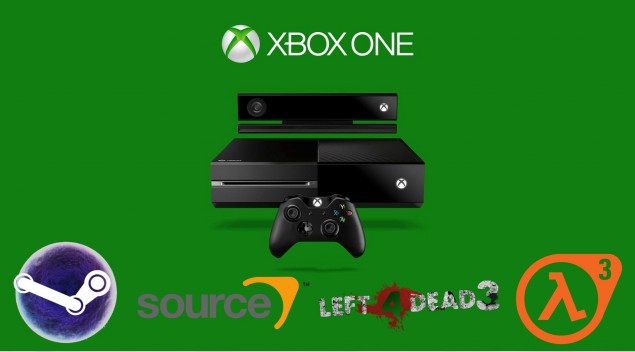 It has been rumored for long now that Valve is working on its Source 2 video game development engine that will be used to develop the most anticipated, yet unannounced games i.e. Left for Dead 3, Portal 3 and Half-Life 3. But until yesterday, when the developer released modding tools and map editor for Dota 2, there was no strong evidence that could be used to back up these claims. What happened yesterday is that some Dota 2 modders and video game enthusiasts discovered that Dota 2 workshop tools is actually a soft-launch for Source 2 engine, as they found some relative files that appeared after the update.

However, this is not all. A NeoGAF user called Ekim further investigated the Source 2 code that came along with the Dota 2 update, and found that the engine, and Valve games might be coming to Microsoft's latest Xbox One console. The files that the user explored had references to Xbox dashboard, music, games, and dedicated servers. Some of the shared code contained a part stating: “(Only used when hosting Xbox games). Send clients updates at the same time. This saves CPU because the server will encode and calc deltas on less frames,” and “Dedicated Server for Xbox. Not using STEAM.” You can check out the screenshot of the code below. 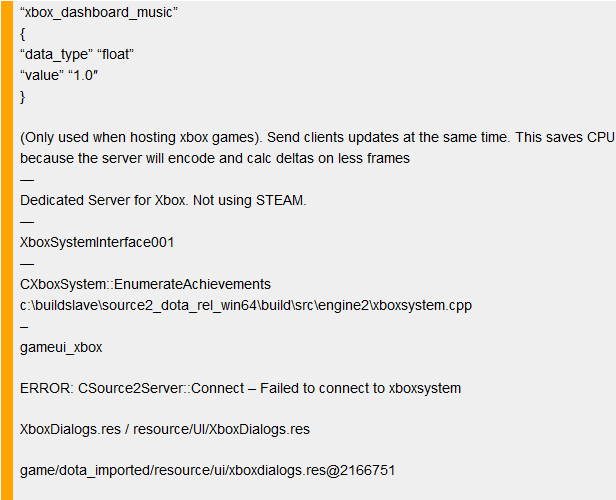 Further investigating the code and going through the comments, clear statements were found with mentions about APIs that are being used to test the connection between the Xbox One console and Steam platform. The code also contained this debug message: "CSource2Server::Connect - Failed to connect to xboxsystem," which clearly explains that there is something going on at the backend.

Of course, despite the proper evidence, all of this would and should be taken with a massive grain of salt. But now that the code speaks for itself, it can be assumed that Source 2 engine and Valve games might be coming to the Xbox One console, it could even be via streaming.

What do you think about Source 2 engine and Valve games, and the chances of these two things coming to Microsoft's Xbox One console? Share your thoughts in the comments section below.