There have been enumerable rumors suggesting iPad Pro's design and functionality that sets the gigantic 12.9-inch tablet to revive iPad sales. Considering the iPad Pro, Apple is emphasizing on portability, power and productivity for users who deem not to take their Macs everywhere. The iPad 'huge' will compete against the likes of other tablets such as Microsoft's Surface Pro 3 which have undoubtedly proved itself to be a powerful yet portable machine. There have been many speculations and leaks regarding the iPad Pro but the real question remains.  When will Apple release it's flagship tablet?

Recently today we found out that iPad Pro could debut next year while previous rumors summed up the launch for current year. Apple has also been contacting its display suppliers, Samsung, LG and JDI for the production of its AgNW coated touch panels that most probably belong to the iPad Pro. Lets head down to some details.

The iPad Pro To Debut Next Year With AgNW Touch Panel

According to the Korean Publication ETNews, the iPad Pro is set to launch in the year 2016. Though some of you might be expecting an early launch, the long rumored tablet follows the legacy for ultra-hype pileup. Furthermore, the report also emphasized that Apple is planning to use different technology in the panel manufacturing department. As mentioned before, the panel will be produced with AgNW that stands for Silver Nano Wire.

The AgNW technology is used to manufacture highly accurate and responsive material. The material is conductive and transparent, hence the need to manufacture display panels. Since there will be no use of the rare element, Indium in panel production, the AgNW will be cost effective for Apple and boosted margins for profit. The AgNW panels have more than one input methods, touch and multiple pressure level sensitivity that confirm Apple's plan to introduce force touch on its iPad Pro. This technology is where Apple Watch and new MacBook Trackpad get its force touch functionality from. 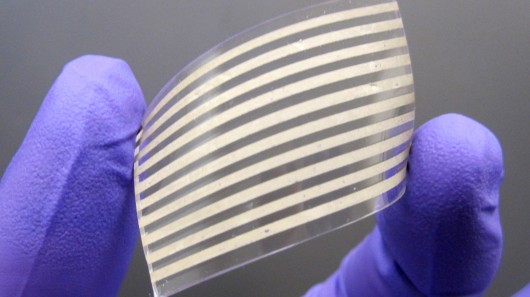 The rumor sums up the release of iPad Pro next year with an introduction of AgNW touch panels. However, the sources are just a mere contextual knowledge about the launch, the real release relies on Apple. Who knows Apple might surprise us soon. As for now, comment below and share your views regarding Apple's AgNW touch panels. Do you guys think the iPad Pro could reverse the decreasing sales?