It is real, it is viral and it is going to be on the shelves next month right on the day when Microsoft is holding its E3 2014 media briefing. Yes, a hundred percent Kinect free Xbox One is on its way, but that is not all, Microsoft has made a few other announcements that are nothing less than some sweet tarts for its loyal fans. And well after/before official announcements comes a downpour of leaks and rumors. 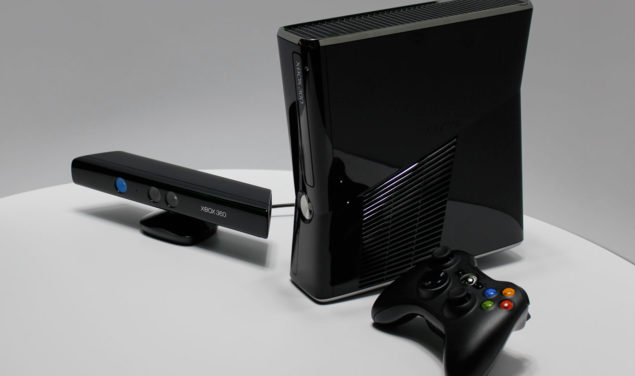 Microsoft finally listened to the gamers' voice about seven months after launching its latest video game console. The manufacturer launched Xbox One last year in November with a new recreated Kinect, setting $499 as the cost for the bundle. Since then, gamers have demanded a cheaper Xbox One console bundle that ships without Kinect. Up until now, the platform holder always refused to bring any such change, but today, gamers' struggle finally bore fruit.

Microsoft announced today that a new Xbox One bundle, that will be completely Kinect free, is going to hit the market next month. Along with this announcement, Phil Spencer, the boss at Xbox, also wrote that Xbox Live Games with Gold program is soon getting started for Xbox One. The announcement post also featured a media assets chart showing the latest updates to Xbox Live for both Xbox One and Xbox 360 video game consoles.

The media assets chart shows features that are accessible by all Xbox users and some that are only exclusive to Xbox Live Gold member, certain features are only available to those who have Xbox One consoles. Now the thing is, Xbox One packs an integrated digital video game recorder (Game DVR) while Xbox 360 does not, but the newly released media assets chart puts a tick ahead Game DVR feature for Xbox 360. Below is a cropped image of the chart showing game DVR listing for Xbox 360. I have also added the full image at the end of the post just for the record. 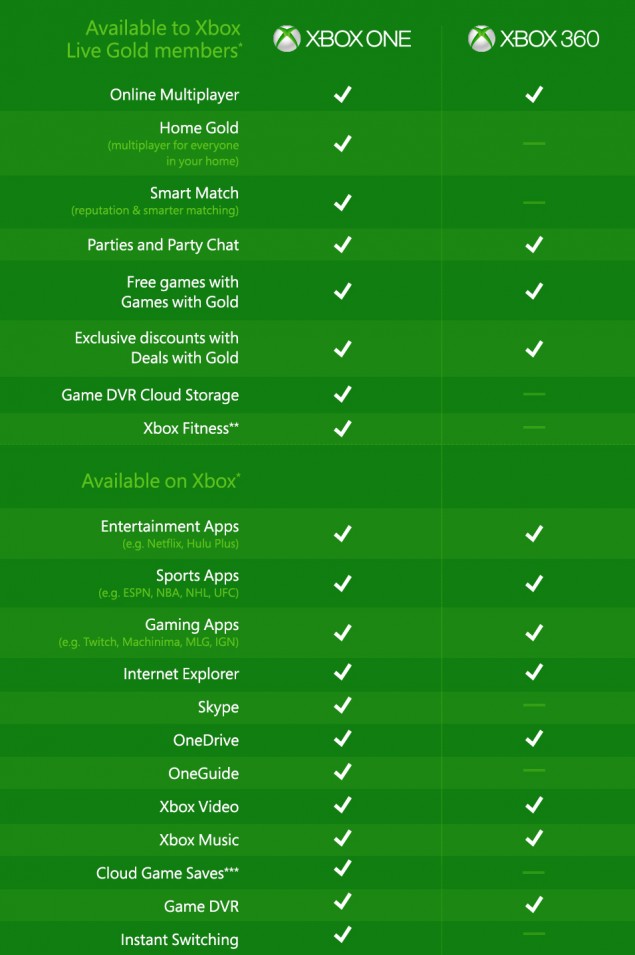 Microsoft has not mentioned anything about this in the main post but since it comes from the official source, it is worth sharing. It might be an error from the manufacturer itself as it is clear that integrating game DVR into a video game console requires some kind of hardware changes too, but there is a possibility that Microsoft may announce a game capturing app, such equivalent to those available on PC.

Some rumors also claim that Microsoft will refresh Xbox 360 at E3 2014 with new ARM chip and DLNA support for allowing users to freely stream video game content and use game DVR. However, it is highly unlikely that the manufacturer will bother to mess with its seventh generation console since it just announced a redesigned Xbox 360 E version last year.

We are not quite sure if Microsoft did this on purpose or was this just an error in the media assets chart so for now, we will consider all this as a rumor. We are trying to reach Microsoft to ask for clarification. This post will be updated if we get a response so stick around for latest news.

Do you think Microsoft needs to put game DVR into Xbox 360? Let us know in the comments below.