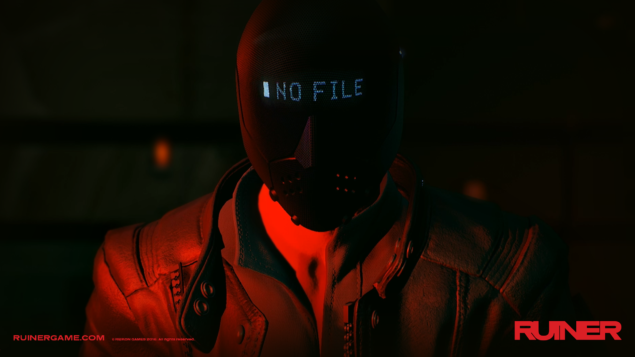 Reikon Games (a Polish studio made of developers who worked on Dying Light, This War of Mine, Shadow Warrior and The Witcher series) and Devolver Digital announced RUINER, a new top-down action shooter powered by Unreal Engine 4.

The game is set in a cyberpunk world, with the protagonist portrayed as a psychopath who sets on a path to rescue his brother from a corrupt corporation.

RUINER is a brutal action shooter set in the year 2091 in the cyber metropolis Rengkok. A wired sociopath lashes out against a corrupt system to uncover the truth and retrieve his kidnapped brother under the guidance of a secretive hacker friend. Combine preternatural reflexes, augmented tools, and the arsenal of fallen foes to tear down and dismantle the corporate titans of virtuality dealers at HEAVEN.

The Reikon Games team is thrilled to work with Devolver Digital on our debut game. RUINER is a game we’ve been working on for quite some time and have wanted to make for even longer.

RUINER is set to debut later this year on PC, Mac & Linux. Check out the first screenshots and trailer below.