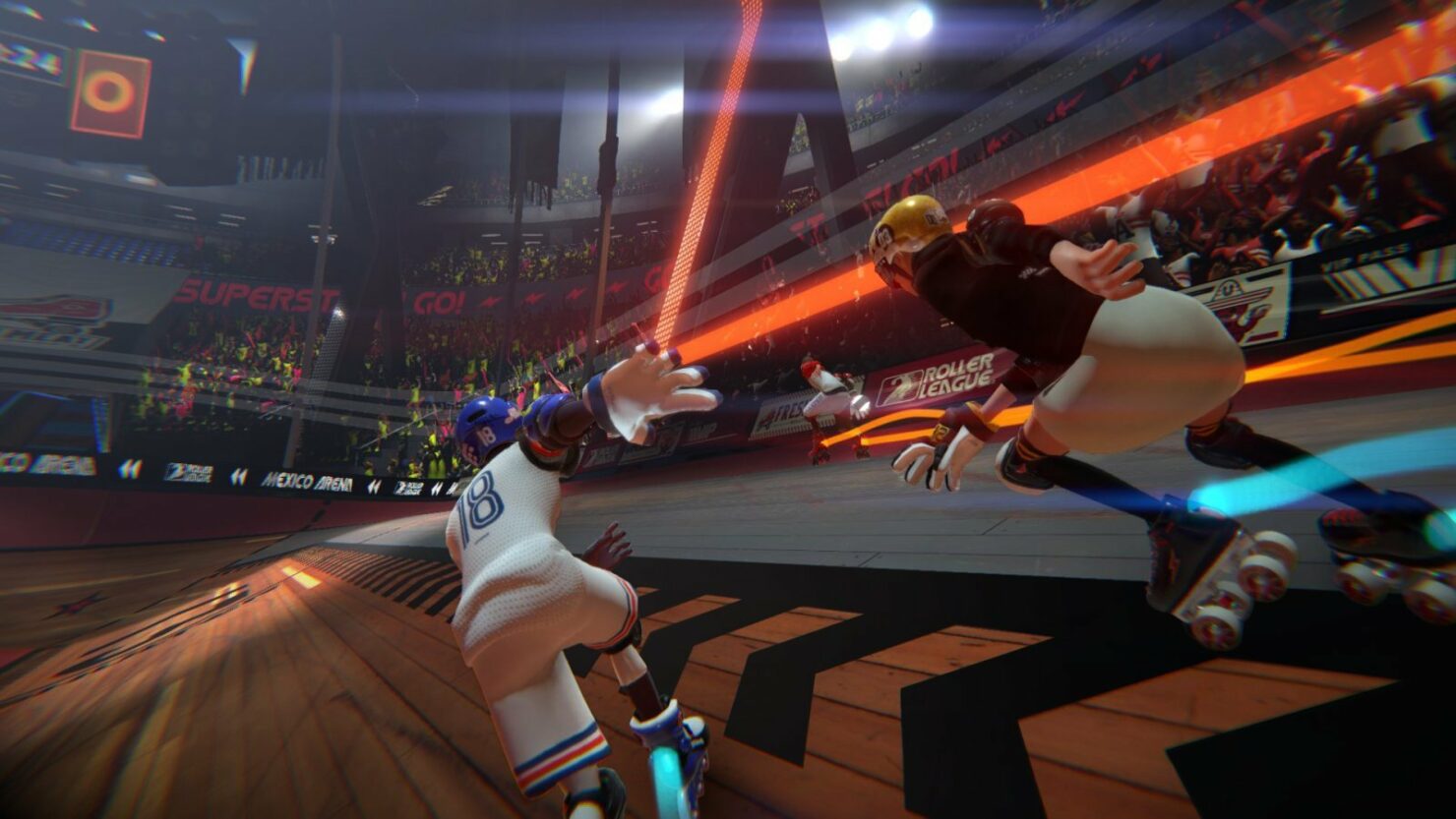 eSports are becoming bigger and bigger, and many AAA publishers have started looking at how to get into them in the best possible way. Rumors of a game developed by Ubisoft inspired by the popular Rocket League started circulating before the E3 2019, but it was during the show that the European publisher confirmed Roller Champions, bringing a playable demo of the game as well. We have been invited to try the game out and I must admit that it definitely has the potential to become the next big multiplayer game.

Roller Champions competitive multiplayer game where six players, divided into two teams, are thrown into an oval arena together with a ball. The main goal of the game is to throw the ball into the goal to score a point, but there are a few conditions as well as a very interesting risk-reward system that make the game quite fun.

At the very beginning of a match, players must wait for the ball to spawn. Once it does, the player that picks it up must make a complete lap of the arena before being able to score a point. Doing two and three complete laps will increase the points earned with a goal, but don't expect to complete even a single lap with the ball if you're not a true team player. 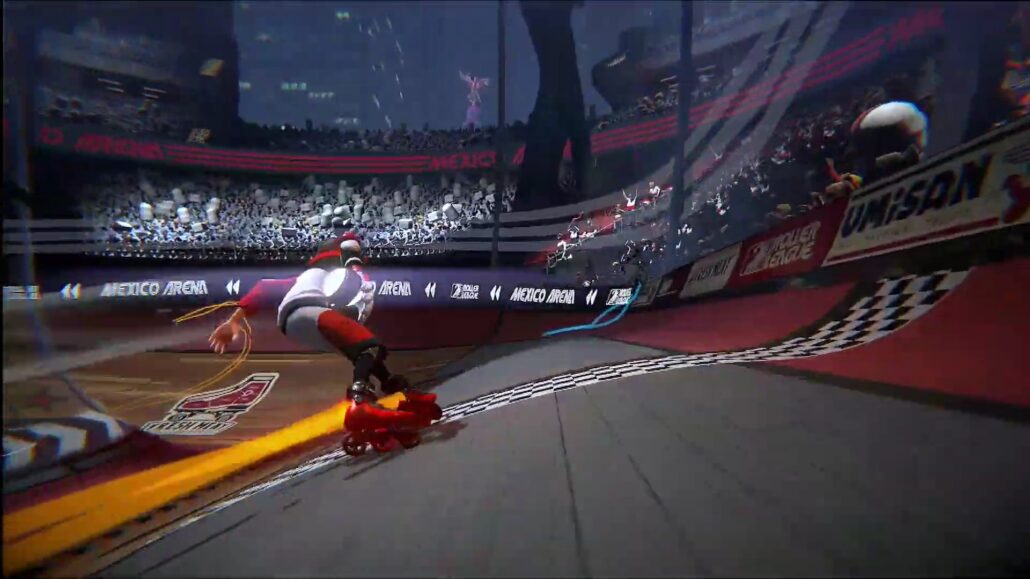 What makes Roller Champions quite fun is how it strongly encourages team play in both offensive and defensive phases. While on the offense, passing the ball to a team member makes it easier to complete a lap without losing it to the opposing team, while during the defensive phase, it's possible to coordinate in such a way that players can be caught in a pincer maneuver. There are some useful defensive maneuvers, but they amount to little when you're under some extreme pressure.

Roller Champions is certainly very easy to pick up and play, but mastering it is going to be something else entirely. There are a couple of advanced techniques that do feel extremely important, such as the ability to squat and then rise again with the right timing to increase speed and more. I only played three matches at the E3 2019, so I wasn't able to fully grasp these mechanics quickly, but some of the others I played it did, and they did gain a sound advantage during matches.

Roller Champions is a very easy to pick and play multiplayer game, and this will certainly make it popular enough in the first few months after release. If properly supported with different arenas and play modes, the game could definitely become a phenomenon in the vein of Rocket League.

Roller Champions launches on PC, PlayStation 4 and Xbox One in 2020.