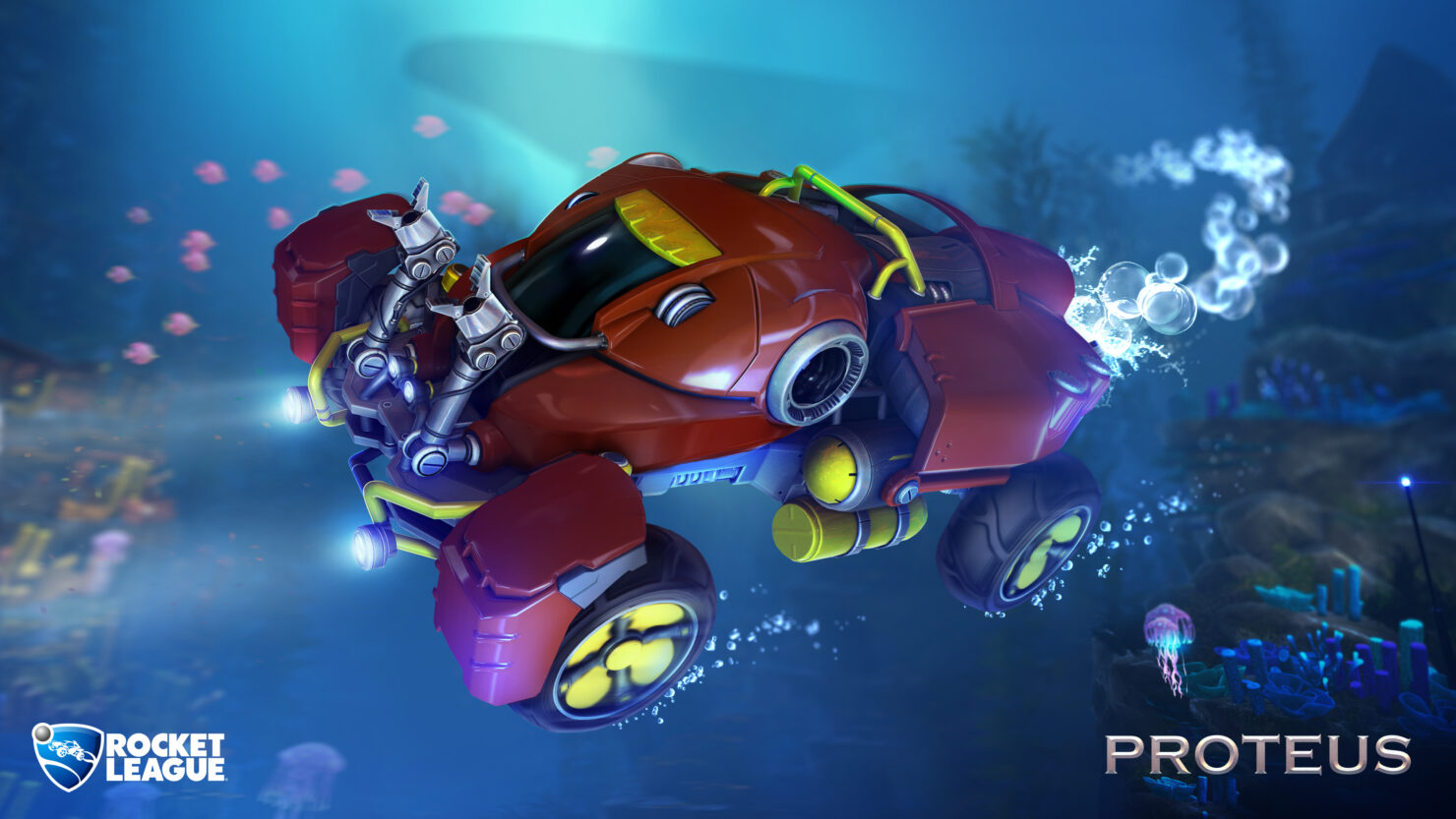 Psyonix announced the update 2 weeks ago, and the update is now finally available on all platforms. As said, the patch adds the AquaDome arena to the game.

The Dome is available in all playlists as a new arena. The Rocket League patch also adds two new underwater cars, called Triton and Proteus. Both have to paid for, and will cost $ 1.99 each. Images of the new cars can be viewed in the gallery at the bottom of this post.

Check out the official Rocket League patch 1.24 notes below:

The following Wheels can now drop with the Painted attribute:

Rocket League is available now for PC, Xbox One, and PS4.